Girls Soccer: Black Hills sends a message to Evco 2A with 6-0 shut-out over Aberdeen 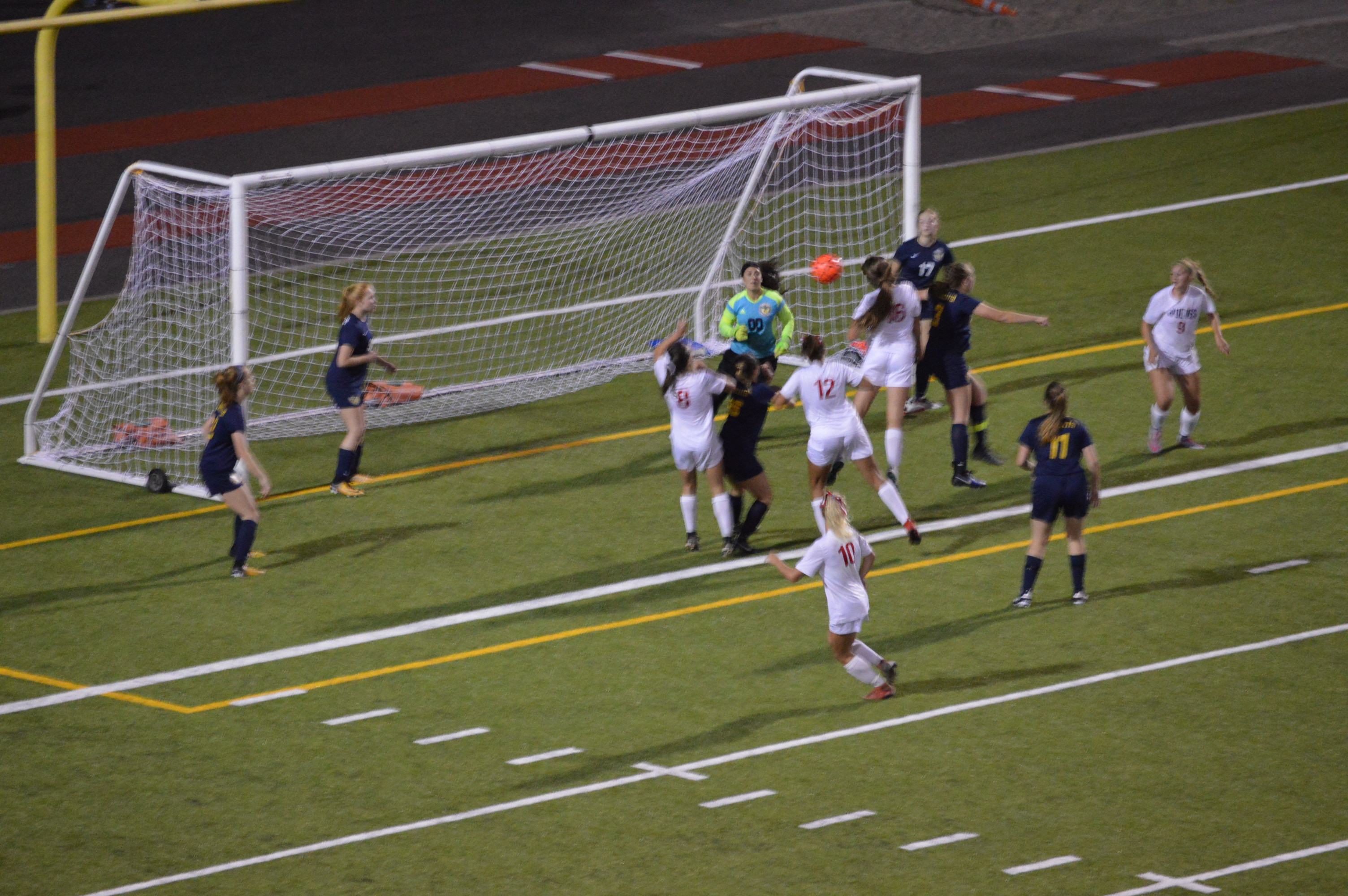 (Tumwater, WA) Black Hills took the Lowe road to a 6-0 2A Evergreen Conference victory over Aberdeen on Tuesday night on Sid Otton Field.

Sidney Lowe scored three goals and her cousin Megan two more for the Wolves, who scored four times in the first 12 minutes of the second half. Black Hills, which outshot the Bobcats, 36-2 had a 2-0 lead at halftime.

Sidney Lowe put the Wolves up 1-0 in the 10th minute off an assist from Bella Brown.  Five minutes later, Sidney again broke free but was fouled in the box, resulting in a successful penalty kick by Emma Lindsay.

With Aberdeen (0-4-2 overall, 0-2 EvCo) held without a shot or corner kick during the first half,  the outcome seemed determined but Black Hills (5-1, 2-0) removed all doubt during that early stretch of the second half.

Sidney Lowe’s hat trick earned her the Pacific Sports Spa player of the game honor for Black Hills while Aberdeen’s senior goalkeeper Reagan Glanz won for the Bobcats after making 11 saves.  Megan Lowe’s goal to make it 4-0 off an assist from Brown was the Proactive Physical Therapy Play of the game.