College Volleyball: Blazers drop to Highline but still in the hunt for Postseason 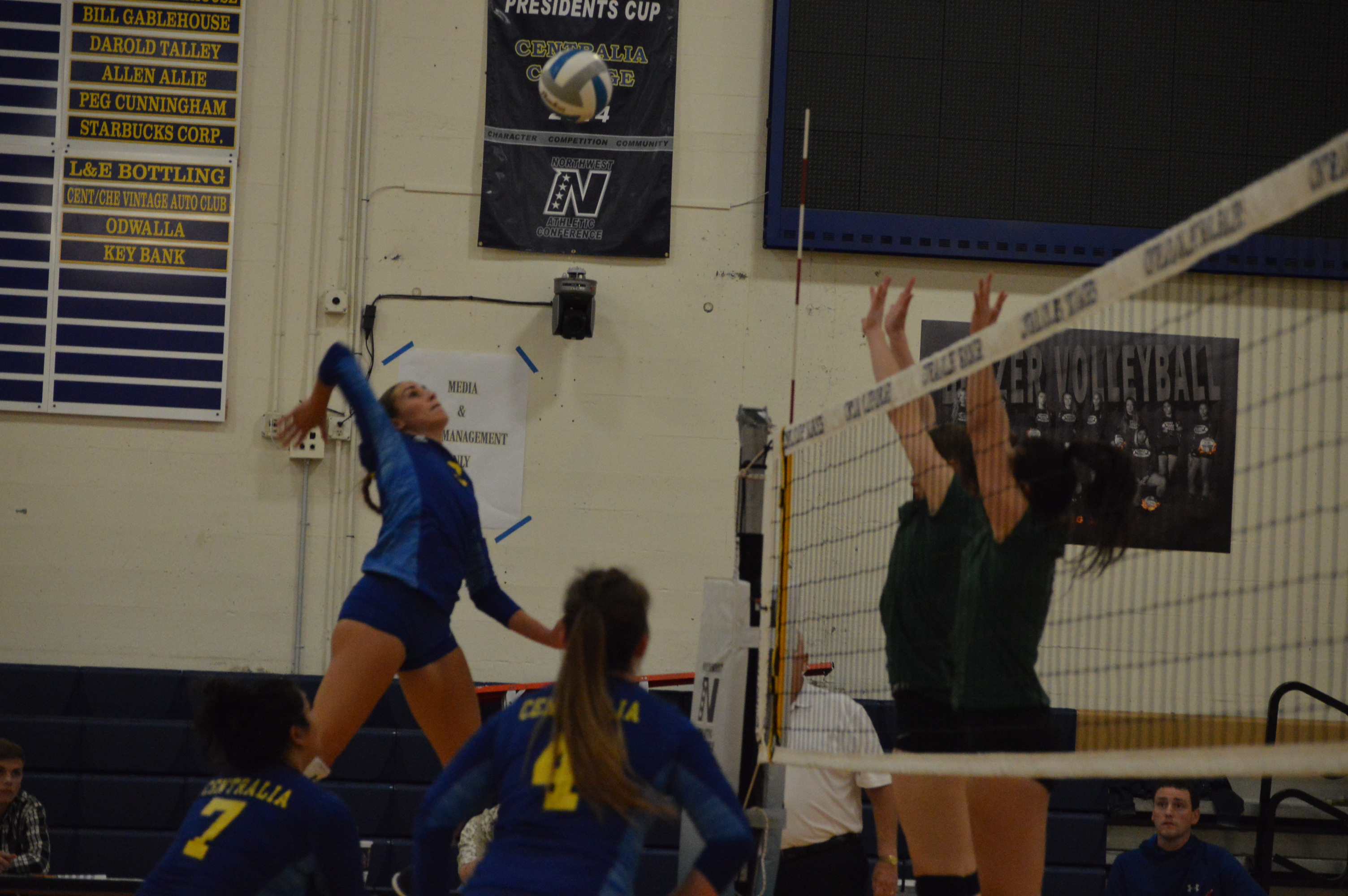 (Centralia, WA) The top 4 of the West Region in the NORWAC will advance to the postseason and coming into this match Highline was tied for 3rd with Grays Harbor while Centralia was just on the outside looking in a game behind in 5th place. A win over the T-Birds would likely have crushed Highline while the loss was frustrating it no way ends the Blazers hopes. We’ll get to that part in a moment, first what happened last night.

Centralia came out strong as the 2 teams ping-ponged back and forth until a key service from Skylah Kunihisa for Centralia. The Blazers trailed 19-18 when Kunihisa struck for 3 huge points including the only ace of the set to give Centralia a 21-20 lead. The teams then literally traded points with Kary Sathre coming up with a huge kill to push it to 24-22 and then Sathre blocked a T-Bird kill shot for the winning point and Centralia took the 1st set 25-22.

Centralia appeared ready to avenge their 2 earlier losses to Highline both 3-1 scores when they took a 19-16 advantage in the 2nd set on an Autumn Durand kill shot. They held the lead to 21-19 when Lindsay Nein for Highline stepped to the service line and never left running out the string with 6 straight points for the 25-21 win to tie the match at 1-1.

This was extremely frustrating to the Blazers and as they struggled for consistency late in the 2nd set the 10-minute break until the 3rd set did not seem to get them back in order. Highline would win the 3rd set 25-21 building an early 7-2 lead they would never give up setting up a must win in the 4th set.

The set was dead even at 14-14 when the T-Birds gradually pulled away with service points from Nein, Olivia Chapman and Adrienne Haggerty to go up eventually 23-19. It looked like the match would quickly be over but Sathre stepped up again with 4 straight points to tie the match at 23. Alexus Howard-Johnson had a huge kills during this run and a tremendous save while Sathre had a pair of aces. After losing the point and facing a match point Howard-Johnson came through again with a great off-speed drop shot over the blockers of Highline to tie it at 24. After losing the next point they again face match point and this time could not deny the T-Birds who held on for the hard fought win to again win 3-1.

So why is this not as bad news for the Blazers and why do the T-Birds still have quite a challenge in front of them? With 4 matches to play Highline plays 1 team with a losing record and the other 3 are the top 3 in the conference. The Blazers do have to face Pierce college who leads the conference with an 8-1 record but then finishes with the 3 teams with losing records so winning 3 of the final 4 could be enough to get them in the top 4. No doubt a win over Highline would have made this path a lot easier but their season is far from over and a big win over the top team in their next match would go a long way to pushing them into postseason for the first time in about 20 years.

ESN will be back with another broadcast of the Blazer Volleyball team on Wednesday, November 1st against Tacoma with a 7pm 1st serve.