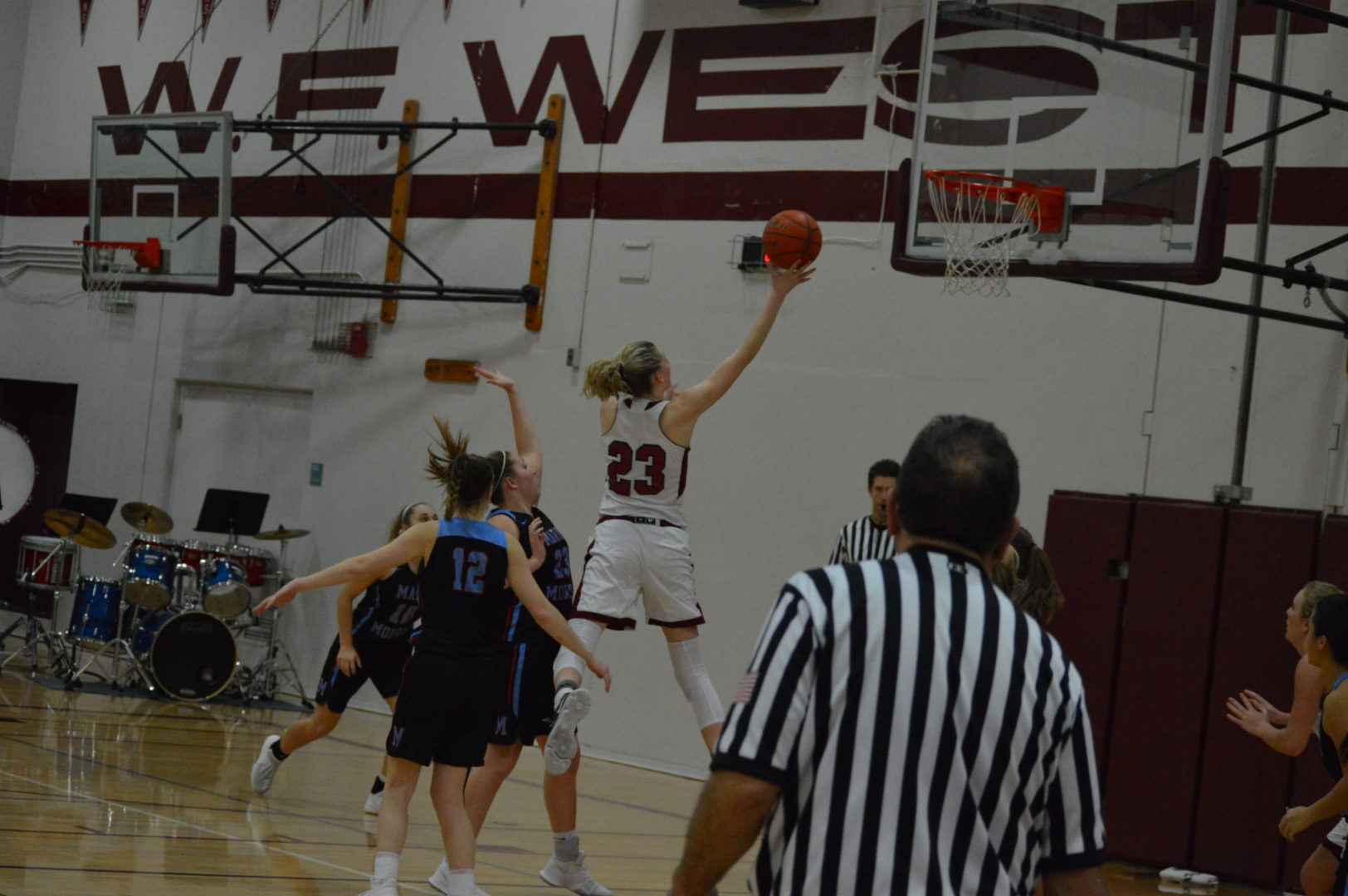 (Chehalis, WA) The WF West Bearcats are playing at another level and the rest of the 2A better take notice because they are not slowing down but rather getting better every time they hit the floor and this one was their best effort yet.

The Bearcats and Mark Morris are no strangers as these 2 teams faced off for the State Championship in 2013, 2014 and 2015 with the Monarchs winning 2 of those in 13 and 15. Sincen then the Bearcats have reloaded finishing 3rd last year and certainly looking like the team to beat early on this season.

The Cats came our scorching hot dumping in 29 1st quarter points while holding MM to just 7 and the game was essentially over. Chehalis dumped in another 24 in the 2nd and rolled out to a 53-21 halftime lead. Kiara Steen led the Cats to the early lead scoring 11 of her 13 points in the first half. 8 other players would score for the Bearcats with Madi Haakenson’s 8 2nd best followed by Julia Johnson, Chloe Akins and Courtney Bennett each with 7.

Mark Morris’s Alexis Troy actually led all scorers with 12 and would finish the night with 14.

After halftime the Bearcats picked up right where they left off but this time led by Erika Brumfield who scored 12 points in the first 6 minutes of the 3rd. Brumfield did it by driving the lane and laying it up, from the free throw line and from behind the arc where she hit 2 longballs. Brumfield finished with 19 and earned our Pacific Sports Spa Player of the Game for the Bearcats.

The Monarchs also got some other players into the game and the mix with 6 players scoring in the 2nd half including Kalina Makaiwi, Madison Mosier, Stephanie Burns and Rufina Berishev. But Alexis Troy was our clear PSS Player of the Game for Mark Morris.

Bearcats Coach Tom Kelly told us after the game how impressed he is with his bench and some of the JV kids he brings up for the varsity games. He says you just don’t see much drop-off in production and pointed out that his starting 5 played less than a minute in the 4th quarter and yet the scoring continued. All 11 players that got into the game for the Bearcats scored. Annika Waring had a huge 2nd half scoring 12 or her 18, also scoring was Maggei Valdala, Taya McCallum, Tehani Henry and Lauren Tornow.

Kelly says his only concern in this game was the number of fouls whistled on the Cats, 26. McCallum was the only one to foul out but the first 2 fouls called on her were quite mysterious since in both cases she wasn’t near where the foul occurred but somehow the officials came up with her number. Kelly also said that he would gladly trade 26 fouls for 94 points any time. WF West is now 4-0 while the Monarchs fall to 2-2.