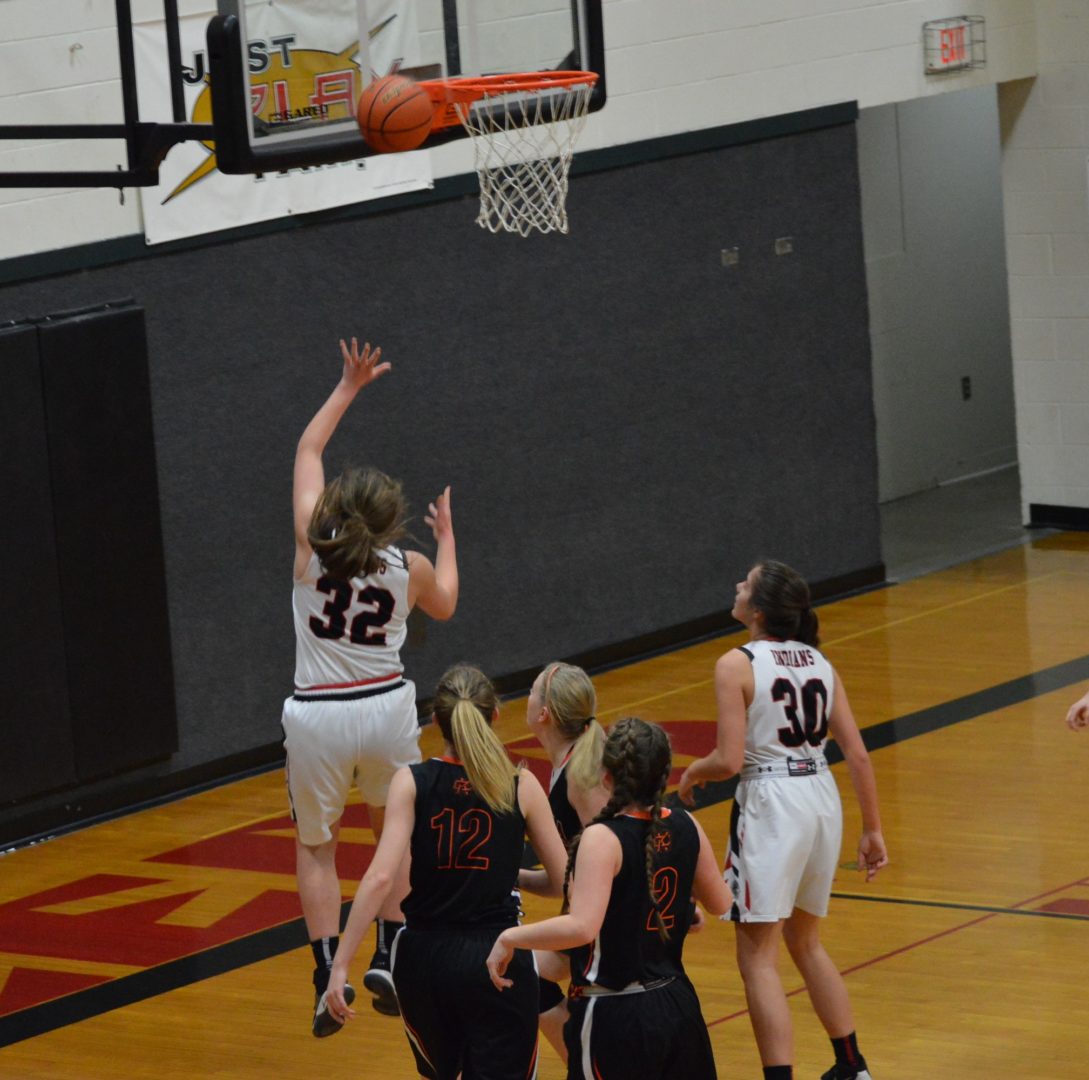 Here is the complete coverage of the District 4 2B Girls Basketball Tournament. The latest game results, stories and pics will appear at the top of the page and be updated after every round through the run of the tournament.

For more on this read the write up on all 4 games from Matt Baide and the Chronicle’s Girls 2B coverage on the Lewis County Sports Blog.

The Mules advance to the Semi-Finals against Ilwaco the winner heads to the District Championship but more importantly a guaranteed trip to State on Wednesday. Ocosta plays Monday in a loser out against Morton-White Pass at Centralia High School at 6p. More on this game in a story on TDN.com.

The Tigers rolled to an easy win and takes on Life Christian on Wednesday in the District Semi-Finals. The Vikings play Monday at WF West in a loser out with Adna. Aaron VanTuyl has more on this game in his story on the Lewis County Sports Blog.

Life Christian ran past the Indians in this winner’s bracket contest and moves on to the Semi-Finals on Wednesday against Napavine. Toledo plays Monday against South Bend at Rochester at 6p in a loser out game.

The Fishermen had little trouble with the Vikings and cruised into the Semi’s against Wahliakum on Wednesday. Mossyrock will next get Raymond on Monday in a loser out game at Montesano with a 6p tip-off. Aaron VanTuyl has more on this game in his story on the Lewis County Sports Blog.

(Chehalis, WA) In this game it was about cutting to the 4th quarter and seeing what happens as both teams exploded offensively nearly doubling what they had done for 3 quarters. M-WP actually held a slim 1-point lead entering the final 8 minutes  but the amazing thing wasn’t that they lost by 4 points but they lost 56-52 after leading 31-30 after 3. Both teams seemingly put up enough points to win the game in the 4th but it was the Vikings Hannah Cook who overwhelmed the Timberwolves and they could not resist the comeback win.

Cook scored 13 of her 18 in the final quarter and scored half of the 26 Willapa Valley sank. Britney Campbell hit 2 big 3’s and half her 12 points in the 4th while Katie Adkins and Cameron Swartz also scored in the 4th. It was Brooke Friese who helped keep WV in the game as she hit all 10 of hers in the 1st 3 quarters.

Meantime, the T-Wolves would likely win 95% of their games putting up 21 in the 4th when entering the quarter with any lead. Sierra Dotson kept MWP in the game with 10 of her 19 in the 4th while Jacie Dunlap scored 9 of her 20. The T-Wolves led by 4 after 1 and at the half but could never find that 2nd half surge to put away a persistent Viking squad. Willapa Valley advances to face Napavine Saturday while the T-Wolves will be in a loser out consolation on Monday vs the loser of Saturday’s Ocosta/Wahkiakum game.

Our Pacific Sports Spa Players of the Game went to WV’s Hannah Cook and MWP’s Sierra Dotson and the Thorebeckes Sportswoman of the game went to the Vikings Brooke Friese.

(Chehalis, WA) The 1st game ended in a shoot-out this one was a true grind from start to finish. Neither team would score in double digits until the 4th quarter and then it was a push with 10 each. Both teams opened the game with 8 each it was the middle 2 quarters where Toledo edged out the Seagulls.

Kal Schaplow led the Indians with 15 and helped push their 2nd half lead to as many as 9 34-25 and then scored just 1 more point but held off any thought of a late surge by Raymond with a smothering defense. Anna Tauscher added 8 points for Toledo and Makenna Williams led Raymond with 9.

Toledo advances to face Life Christian on Saturday and Raymond falls into the consolation bracket with a loser out game on Monday against the loser of the Mossyrock/Ilwaco game. Our Pacific Sports Spa Players of the Game went to Toledo’s Kal Schaplow and Raymond’s Makenna Williams and our Thorebeckes Sportswoman of the game went to Toledo’s Alyssa Ewers.

Ocosta got the win over the Pirates and moves on to play Saturday against Wahkiakum while the Pirates face the loser of the Willapa Valley/Napavine game in a loser out on Monday. For more on this game read it here in the Chronicle’s Lewis County Sports Blog.

Mossyrock will play Saturday in the District Winner’s bracket after knocking off South Bend. the Vikings will face Ilwaco while SB will play in the loser out consolation bracket on Monday against the loser of the Toledo/Life Christian game. For more on the Vikings win check out the re-cap from the Chronicle’s Lewis County Sports Blog.

The Timberwolves cruised past the Trojans in this loser contest to advance to the District Tournament where they will face Willapa Valley on Thursday at WF West 6p. For more on this game here is the link to the Chronicle’s Lewis County Sports Blog.

The Chinooks ground this defensive battle out to extend their season by at least 2 games and will face Toledo on Thursday at WF West in the opening round of the District Tourney at 7:30p. For more on this game check out the Daily News Prep Round-up.

The Pirates swarmed the Hyaks limiting their offense while pulling away to the easy win. Adna will get Ocosta in the opening round of the District Tournament on Thursday, 6p at Rochester. For more on this game here is the link to the Chronicle’s Lewis County Sports Blog.