Baseball: Montesano scores twice in the top of 7 pull out 3-2 win at tumwater 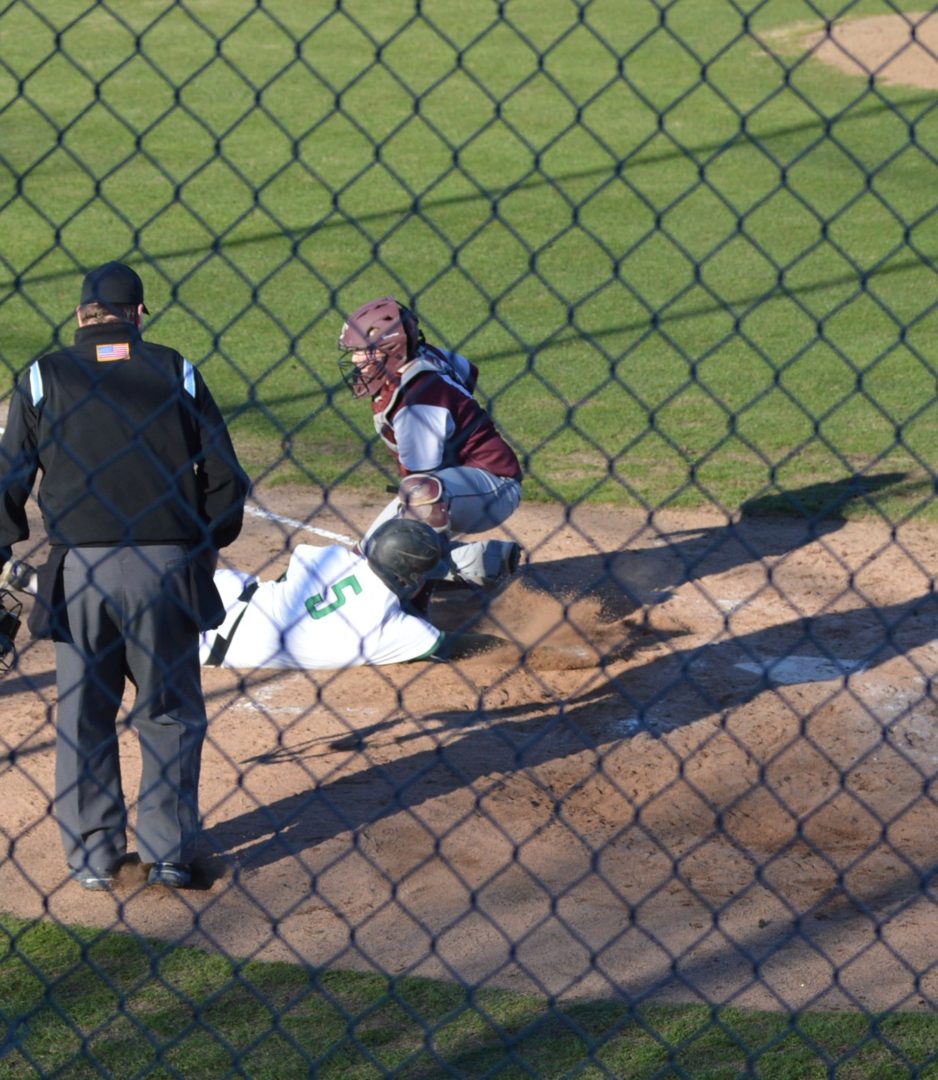 (Tumwater, Wa) The Tumwater T-Birds were looking for their 1st win of the season after getting off to a frustrating 0-3 start. 1A Montesano was playing their 3rd straight game against a 2A Evco team and came in with a 1-1 record with a win over Centralia and loss to WF West.

Both teams have been struggling to put many runs on the board the T-Birds with just 6 in 3 games and the Bulldogs 2 in 2 games and when they were done in this one offense would still be an issue. In fact neither team could score a run in the 1st 5 innings while both pitchers were in quite a groove. Monte’s Nate Kloempken had a no-hitter going and a perfect game through 4. Tumwater’s Landon Jordan faced only 17 hitters through 5 and neither gave up a walk.

Monrtesano struck first in the top of the 6th  with 1-out Carson Klinger popped a high in-field fly in between home plate and the pitcher and as the 4 infielders converged on the ball no one took control and the ball fell to the ground while Klinger was already past the bag. After a stolen base and a 2nd out Klinger then scored on an RBI base hit from Matt Plato and the Bulldogs took a 1-0 lead.

The T-Birds would answer in the bottom of the 6th finally getting to Kloempken. Cody Trueblood legged out an grounder and got on 1st by error. Carmine Polito came in to run  for Trueblood and advanced to 2nd on a sacrifice bunt by Dylan Grotte. Owen Palmer moved Polito to 3rd on a sharply hit base rap to right field setting up the tying run with runners on the corners. Elias Polito drilled one into the right-center gap easily scoring Carmine Polito and the Palmer came storming around 3rd to try and take the lead but a great throw to Bulldog catcher Kyle Trout and got Palmer easily denying the go-ahead run but it was only the 2nd out. Tumwater would take the lead when the next batter Griffen Noice launched one deep for a stand-up double and Elias Polito cruised home for the 2-1 lead.

Jordan came out to try and go the distance to secure the T-Birds 1st win but things did not get off to a good start as lead-off hitter Kobe Gallinger got on safely thanks to an error. But Jordan got the next 2 batters to pop-out and it was game time with Gallinger on 1st and 2 outs Lano lifted one into left field. Tumwater left fielder Dylan Grotte couldn’t find the ball and it fell behind him. Gallinger was off on the crack of the bat and circled all the way home from 1st to tie the game and Lano ended up on 2nd. Braden Dohrman then ripped a shot to center for an RBI base hit as Lano came in to score the go-ahead run.

The Bulldogs Ben Wills came in to pitch the bottom of the 7th and other than hitting one batter retired the T-Birds in 3 out of 4 hitters to clinch the win and Montesano improved to 2-1. Tumwater dropped a tough one and is now 0-4 on the season. Our Pacific Sports Spa Players of the Game went to Montesano’s Aaron Lano and Tumwater’s Landon Jordan and our Thorebeckes Sportsman of the Game went to the Bulldogs Nate Kloempken.