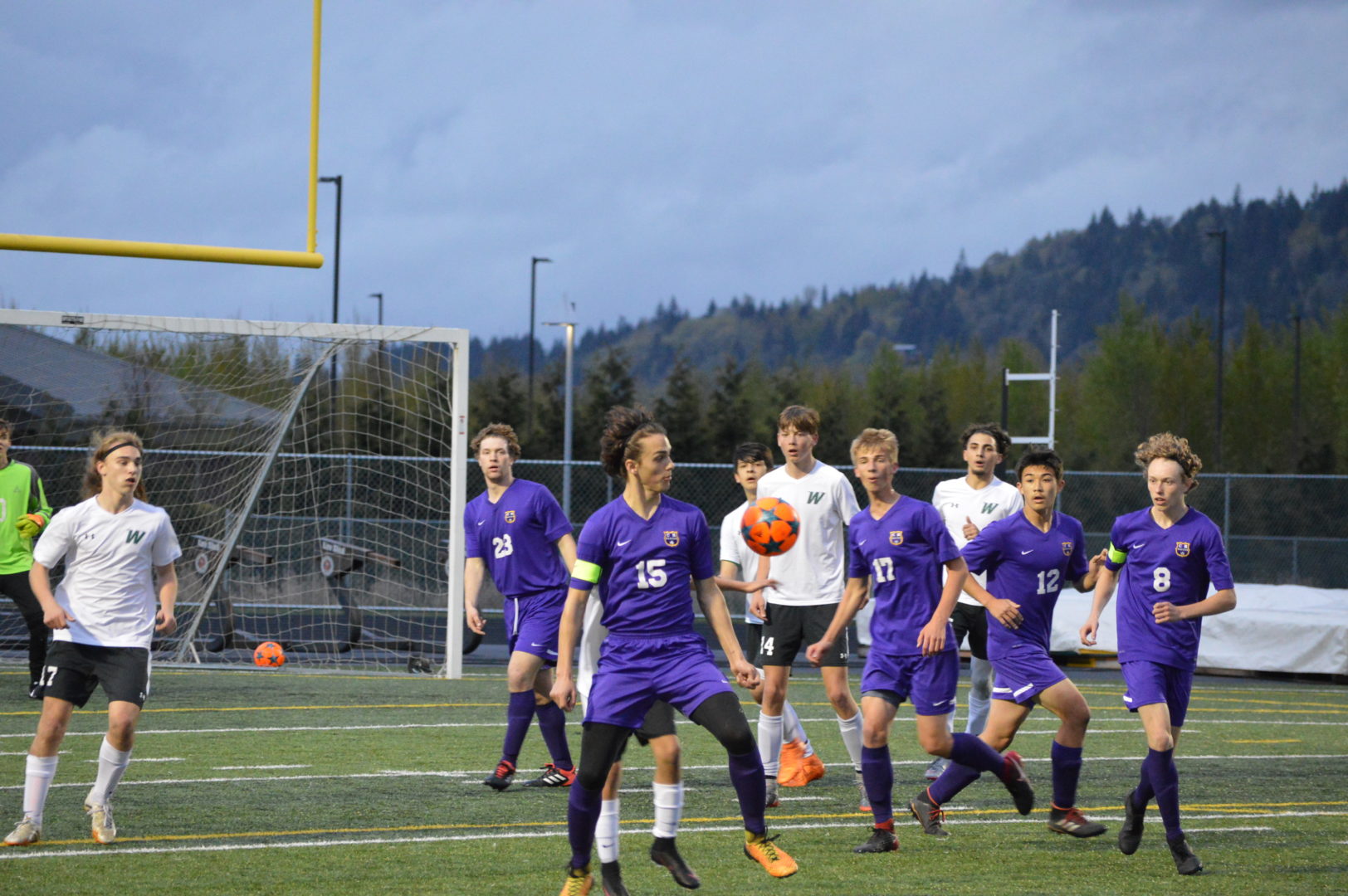 (Woodland, WA) The Columbia River Chieftains took advantage of 2 set pieces to knock in the winning and insurance goals. The 2 teams battled fiercely in a physical match but it was the chieftains who won the time of possession battle in the first half with several big runs. Their best chance to score was saved by a tremendous effort from Beaver keeper Marc Swenson (see photo series in photo gallery) who knocked down the shot and had the ball slipped past him and he literally dove on the loose ball at the goal line preventing the score.

CR kept up the pressure but were denied time and again by Swenson and the Woodland backline of Owen Terhorst, Marquies Lies, Levi Orem and Anthony Vega-Ponce and kept the game scoreless to stoppage time. With very little time in the 1st half a defender tackled Jake Connop in the box resulting in a penalty kick. Jack Kolosvary took the shot and fired it to the left and even though Marc Swenson guessed right but couldn’t knock the ball down as it went under his arm for the 1-0 lead at the half.

In the 2nd half Woodland picked up the pace offensively putting pressure on the River backline and keeping 2nd half keeper David Gonsalves-Martinez on his toes. But Gonsalves-Martinez and the backline led by Candler Bolte and with Alex Wiser and Trey Johnson kept the scoreboard clean. Woodland’s Aidan Thrall was pushing the ball to the forwards Brennan Lemoreaux, Jesse Thrall and Jackson Finn but they could never crack the CR defense.

CR picked up a huge insurance goal on a perfect free kick from Kolosvary after a bit of a controversial call setting up the kick. Kolosvary took the kick from about 25 yards or so and hit a perfect upper 90 shot that Swenson had no chance of defending and the 2-0 lead was too much and sealed the game. Columbia River stays unbeaten at 7-0 in league play and 11-0 overall while Woodland drops to 4-3 in the GSHL and 7-4 overall.

Our Pacific Sports Spa Players of the Game went to CR’s Jack Kolosvary and Woodland’s Aidan Thrall and the Thorebeckes Sportsmanship Award went to the Chieftains Candler Bolte.