4A NPSL to address competitive balance in Football 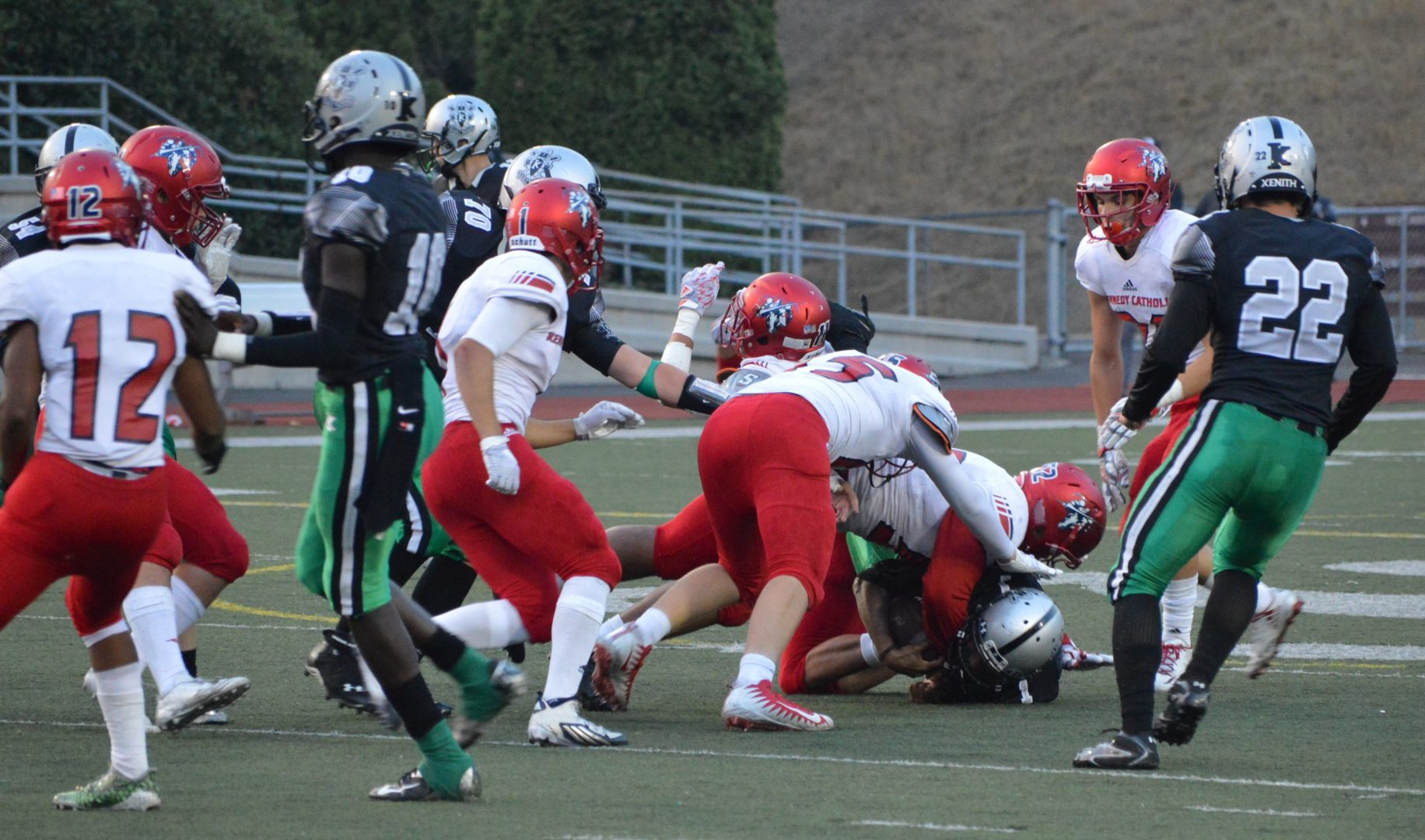 (Kent, WA) The 4A North Puget Sound League is trying a new format for their league play this fall in an effort to create a more equal competitive balance. The idea was started by Kent District Athletic Director David Lutes who wasn’t shy in saying he looked at the  recent Metro League’s new schedule and took parts of their system and worked out the new format.

Lutes says the there were several reasons going into this idea and why the league agreed and they are trying this 2 year pilot program. Lutes says just last year there were more than 30 blow out wins between the two 8 team divisions. We counted up the scores with a 21 point difference and there were 46.

Lutes says these type of results on a regular basis have a negative two-prong result, first teams who regularly get blown out and suffer lopsided losses and season results year in and year out it is difficult to attract more players to turn out for a struggling program. This results in a low turn-out, more mismatches and more injuries as kids that should not be at the varsity level are forced into action over where they should be playing.

Lutes says regardless of coach and staff when a team is in this cycle it is very difficult to break. He says football is the most difficult of all team sports to turn around because of the number of athletes you need to really make a difference. For example, 1 really good basketball scorer and a couple a solid players around them can make a basketball team at least competitive. Football at the 4A level you need a solid mix of at least 20 really good to good players over several specific positions to be competitive with the upper level teams.

The flip side is that playing 2 or 3 competitive games in a season does not help the better teams be prepared come play-off time. Lutes says when you are up 30+ to nothing at halftime you start shuffling in your JV players and the Varsity players lose playing time and the time they have in those games is not quality time anyway.

The system they have come up with works a little like the European Soccer leagues if you are familiar with that system which groups together the stronger teams in 1 division, then those in the middle in another group and the teams that have struggled the most in the another group.

Based on the past 2 years of results the inaugural divisions will be the following:

The upper division is dubbed the Mountain Division and will have 6 teams including Auburn-Riverside, Enumclaw, Kennedy Catholic, Kentwood, Tahoma and Todd Beamer.

The middle division is the Valley Division with Auburn-Mountainview, Federal Way, Hazen, Kentlake and Auburn.

The Sound Division is the final division with Kent-Meridian, Decatur, Kentridge, Mount Rainier and Thomas Jefferson.

There are other dynamics coming into play with this the new system as well, which is something we’ll get into in another story but the sake of this story let’s say there could be enough movement that the NPSL would not have the current 16 teams. Other leagues and districts may also be interested in the results of this pilot program as football’s imbalance appears to be growing at many levels.

Lutes says success will be more teams with more wins, closer games and most of all more kids turning out for their school.