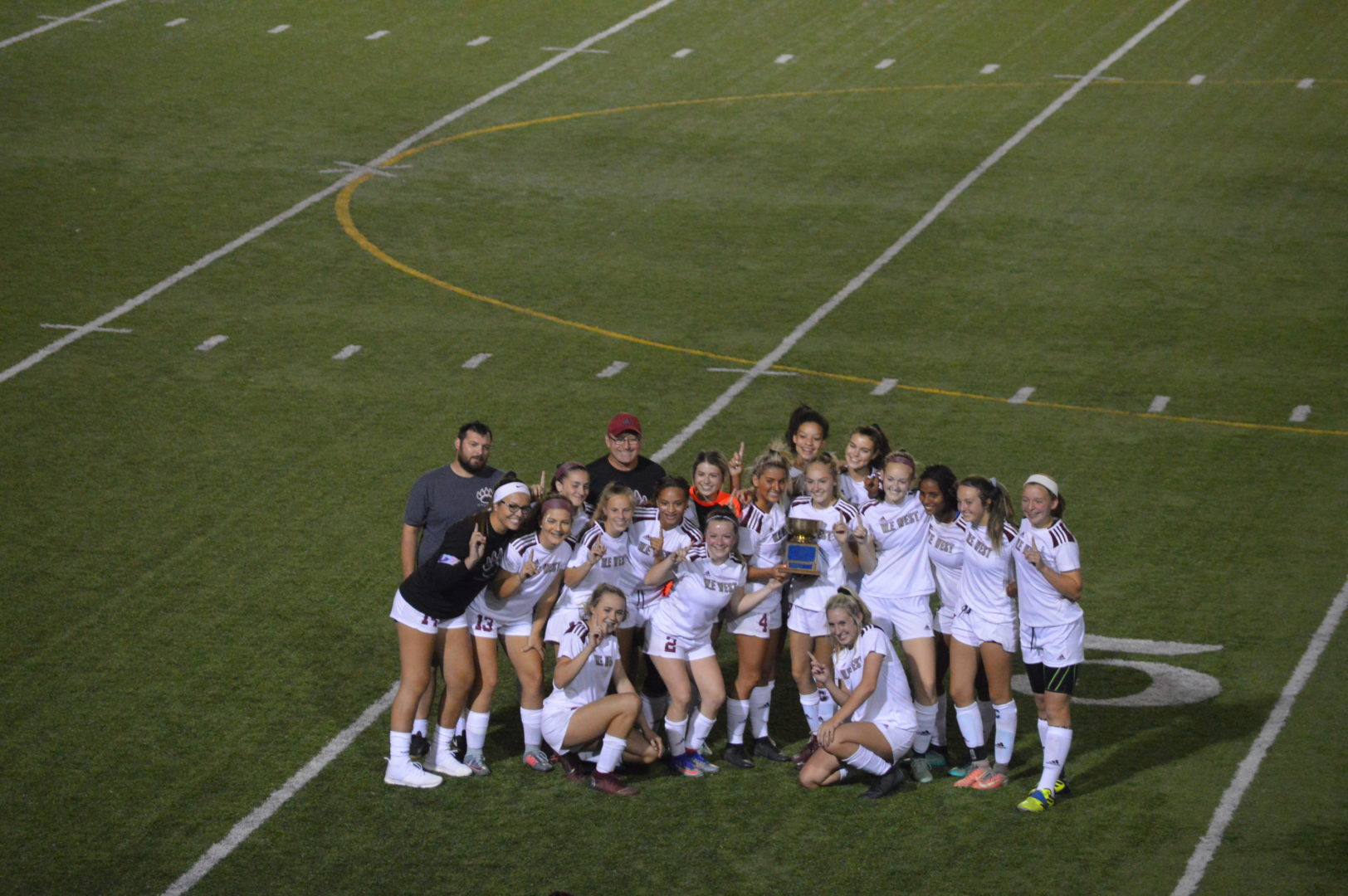 (Centralia, WA) The visiting WF West Bearcats were ready to take back the Rotary Cup in their annual crosstown rivalry showdown to kick off the girls soccer season. The 1st half was well matched with just one goal recorded by the Bearcats in the 18th minute when Lauren Tornow was a shot from distance the sun may have gotten in the eyes of keeper Laura Gerringer and the ball got by her and into the net.

The second half left little doubt who was in control as the Bearcats blew up with 4 goals in 10 minutes beginning just 2 minutes in beginning with Madi Mencke off an assist from Tornow. Abbey Duffy then set up the next goal about a minute later feeding Alida Ellingson for the goal. Courtney Bennett got in on the act firing a shot in to make it 4-0 in the 46th minute and capping off this extraordinary run was Tornow’s 2nd goal of the night in the 52nd.

Centralia would get on the board in the 53rd minute when Ana Ulrigg long passed the ball to Rebekah Robbins who settled the perfect pass nicely and fired the shot for the goal to make it 5-1. The Tigers would make it 5-2 on a PK in the 71st from Alayna Miller and the Bearcats answered that with a goal in the 75th off the foot of Brianna Powe for the final 6-2 count.

Wf West is 1-0 and will host RA Long on Saturday while Centralia will try to even their 0-1 record on Saturday at Timberline. Our ESN Players of the Game went to WF West’ Lauren Tornow and the Tigers’ Alayna Miller.