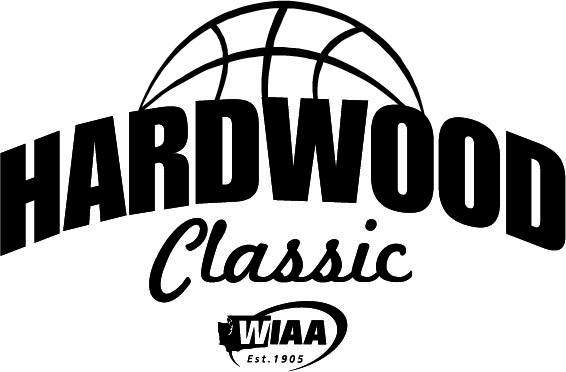 (Renton, WA) The WIAA is looking at making some drastic changes to the State Basketball Tournament format and have offered up 3 proposals and are now looking for feedback from coaches, athletes and the public. The changes are being sought for several reasons budget, giving players and fans a better and more predictable experience and tightening the format so not ask players and teams to perform so far outside the norm of their sport. This is in reference to some teams having to play 4 games in 4 straight days, let alone 3 in 3 straight. No other sport is asked to break from their normal routine as much as basketball when play 3 and 4 straight days.

WIAA Executive Director Mick Hoffman says the current format on paper looked good and created match-ups that were more exciting earlier in the brackets but the challenge was the loser out bracket on day 1. If you are a team on day 1 and have to play the 9am game and lose your tournament is over. So parents and fans who had made hotel reservations and took days off work are then stuck with a hotel room they no longer want or need plus many losing days of pay. So the past few years many families and fans have stopped coming on Day 1 waiting to see if their team wins. The final day of the tournament is also rough for teams having to play an 8am game and many of those teams are playing their 4th game in a row.

Hoffman says the hope of a new format, regardless of which one is ultimately selected will take the guess work out for teams, parents and fans. Everyone will be able to make plans and know when and where their team is going to play.

The new formats will also make sure no team has to play more than 2 games in a row. Teams that win their first two games will advance on to the 2nd weekend where they will play in the semi-finals with the winners playing for the Championship. The only time under these formats a team will not know if they get to play again after a loss is in the semi-finals where the losers will have their year come to an end.

There won’t be playing off for minor trophies either team in week 1 who lose one of their first two games will be awarded either 5th or 7th place trophies, the two semi-final losing teams will get 3rd place trophies and only the 1st and 2nd place trophies will be contested in the Championship game. Re-visiting the early Saturday games for placing trophies have simply not been popular games and they have to start so early to get in all the games. Attendance at those games is also exceptionally low and ESN can vouch that the Saturday morning live streams are the lowest viewed of the entire tournament even though teams are playing for a trophy.

Hoffman says awarding 2 trophies with the same placing is not new either they do it in football where the two losing Semi-Final teams receive 3rd place trophies.

Here is how the new format will be played out, again this is the final 16 for those classifications that have more post season spots due to the size of the classification is still being worked out but could increased to a 32-team play-in round where 1 vs 32, 2 vs 31 and so on in a loser out, winner to state bracket. Other idea’s are a 24 team bracket where the top eight teams get a bye and go straight to State and the bottom 16 play a loser out/winner state format.

The WIAA is asking for feedback on the 3 proposed Tournament formats. In a nutshell they are as follows: 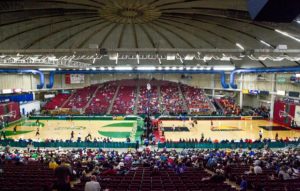 Option 1: The top 16 or 20 teams depending on classification size, will play loser out games with all games except the Final 4’s being played at High Schools or Colleges. All finals 4’s would then be played on a Friday and Saturday at the Tacoma Dome, Yakima SunDome or Spokane Arena or other approved larger facility. Link to WIAA Option 1 Page

Option 2:  The Regional round will be single elimination at High Schools or Colleges. The 2nd round of the Super Regional would be at the Yakima SunDome and then the Final 4’s would advance the following weekend to the Tacoma Dome, Yakima SunDome or Spokane Arena or other approved larger facility. Link to WIAA Option 2 Page

Option 3: The 3rd option would be played all in larger arenas with the first two rounds in Yakima and the Final 4’s the following weekend to the Tacoma Dome, Yakima SunDome or Spokane Arena or other approved larger facility.

Hoffman says they are asking for input from everyone, coaches, players and fans. They will use the polling information to help determine which path to take. Hoffman is quick to point out and remind everyone they continue to try and find the right format to fit the current budget that will give kids the earned experience of playing in this tournament and to be as fair as possible as well.

They hope to have a final recommendation for the Executive Board by mid June and for a decision to made by the end of June. Go to WIAA.com for more information and information on how to submit your input.