0 Health Regions get to Phase 2; but progress is made 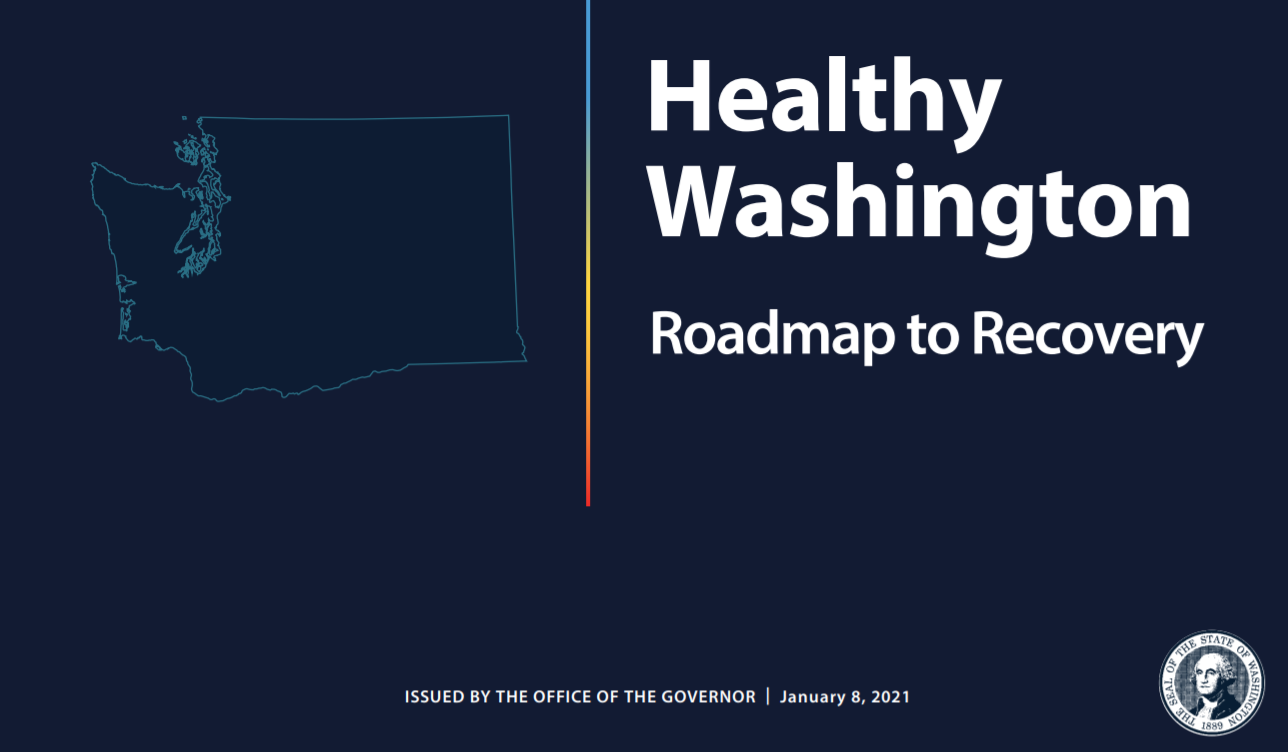 (Olympia, WA) There were a lot of people concerned with the new system released by the State Department of Health to allow a return of high school sports that added 3 additional metrics and created 8 health regions. The new system is based on percent and not raw numbers and by combining counties into regions it helps spread out the infection rate over a larger area.

Still there was apprehension that the new system would make it more difficult for these regions to qualify to allow schools to get back to playing sports. The second release of data by DOH on Friday shows a lot of progress in just 7 days. Although none of the 8 regions met the criteria of all 4 metrics to get into phase 2, 4 of the regions did hit 3 of the targets and have just 1 to get to qualify. 3 of the regions got 2 and are halfway there and just 1 region satisfied just one of the requirements.

The West Region (Thurston, Lewis, Pacific and Grays Harbor counties) is the closest by hitting 3 of the targets and missed the 4th by just 3%. They needed to reduce the 14-day rate of hospitalizations by 10% and got to a 7% decline.

The other metrics are a 14-day 10% decline in COVID infections, 7-day average of ICU beds must be under 90% capacity and the 7-day positive test rate less than 10%. Once a Region gets to phase 2 they then only have to hit 3 of 4 targets to stay in phase 2 and that includes the percentages either decrease or maintain where they are or in other words just not go backwards.

Some may be surprised that the Puget Sound Region of King, Pierce and Snohomish counties, more than half of the State’s population reside in these 3 counties were also close to advancing to phase 2 hitting 3 of the 4 only needing to get the 14-day trend of hospitalizations to 10%, they checked in at 3%.

The East Region (Spokane, Whitman, Pend Orielle, Ferry, Stevens, Lincoln, Adams, Garfield and Asotin counties) missed on the 7-day percent needing to get to 10% and they were at 17%. The final region with 3 of 4 was the Northwest Region (Kitsap, Mason, Jefferson and Clallam counties) missed on 14-day trend on hospitalizations and boy did they miss. They need to be at 10% or less and checked in at 114%.

The Southwest Region (Cowlitz, Clark, Wahkiakum, Skamania and Klickitat counties) only reached 1 of the 4 marks, the 7-day ICU bed metric.

The DOH will take the data each week and release it on Friday. Here is the link the DOH phase updates. 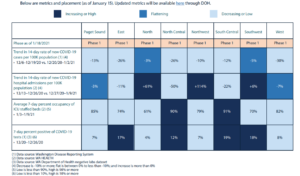