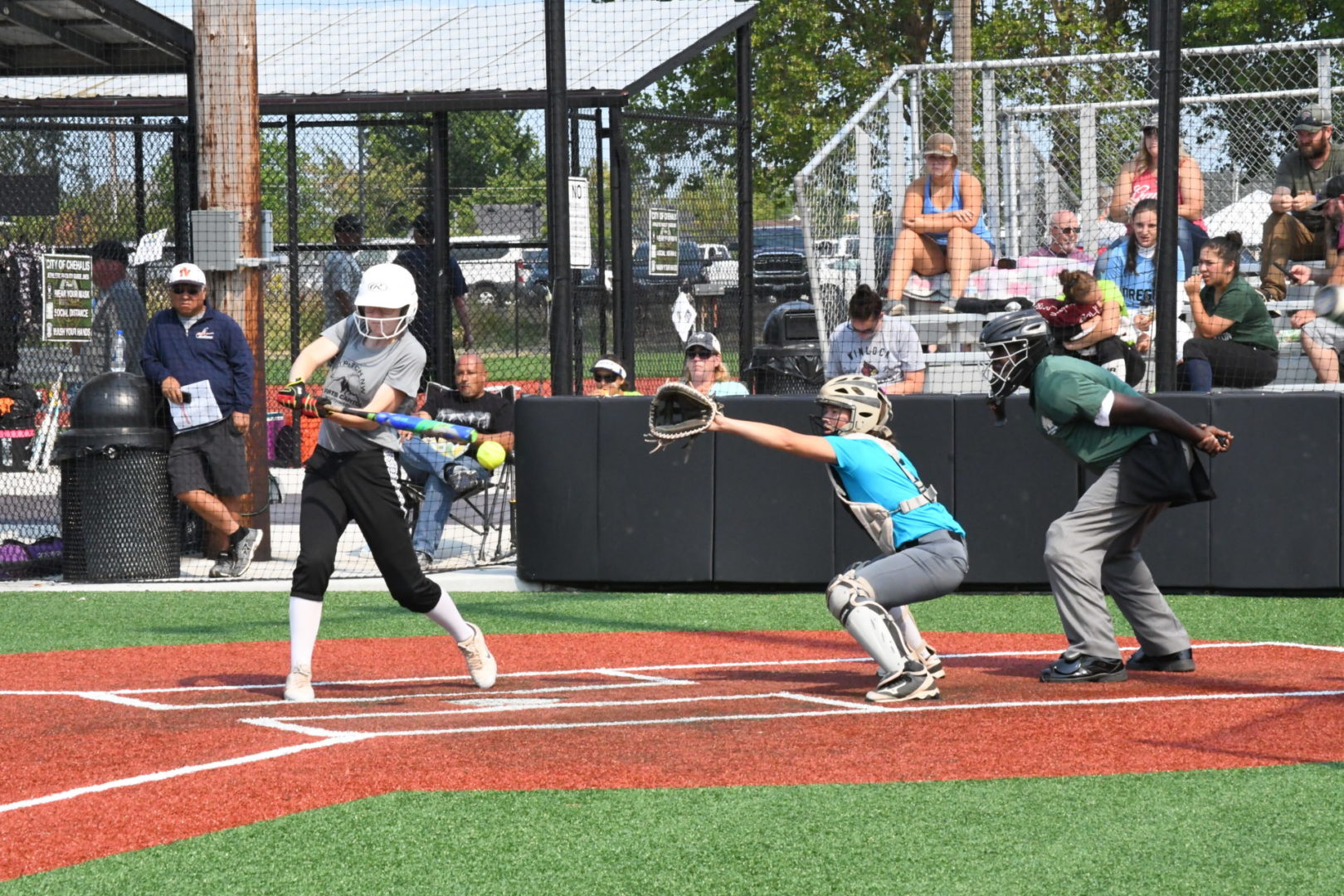 Emerald took a 2-1 lead in the 2nd inning when Allison Heater walked and was followed by a double from Yuri Siler. Runners were on 2nd and 3rd and Dakota Smith hit a sharp single to drive in both runs but that’s all they would be able to muster. Jaylene Manriquez would go 2 for 2 with a double and single and was the only Emerald with more than 1 hit.

Crimson scored 1 in the 2nd when Clarissa Howard singled followed by a walk and then Analisa Zamora singled scoring Howard. Crimson added 2 more in the 3rd to take the lead for good. Grace Diffen and Grace Hein both singled and scored and it was 3-2. 3 more runs scored in the 4th when Howard struck-out but made it to 1st when the pitch got by the catcher. That was followed by a walk to Nikaela Higley and an RBI base hit from Emily Kendall and another RBI single from Madyson Arellano. Elin Williams pitched 4 innings followed by Analisa Zamora who threw the final 2.

Steel got things rolling in the 1st with when they loaded the bases with a strike-out passed ball, error and walk. Then they recorded 2 outs when Alyssa Oliver drew an RBI walk for the lone run. Pacific did a nice job in not allowing anymore runs and Steel left the bases juiced.

Steel then did not miss their opportunities in the 2nd and 3rd building a 7-0 lead. Jordyn Wurzer led off with a double in the 2nd and that was followed with 2 outs. Layna Weaver would single and pick up an RBI and that was followed by back-to-back singles from Shay McDaniel and Amaya Luna, Luna would also get an RBI. In the 3rd, Steel took advantage of 4 walks with the big coming from Cate Wheaton, an RBI double. Wheaton would double again in the 5th and this time knocked in 2 RBI, 3 for the game. Alexis Clark and Grace Copeland pitched for Steel.

Pacific fell behind and rallied but could not come all the way back scoring 2 in the 3rd, 4th and 5th innings and 1 in the 7th. Sydney Boren homered in the 3rd while Delaney Logan singled and scored on a single from Lola Jarrette. Hope King and Maddalyn Fullenwider both singled in the 4th and scored on a sac fly from Cayleigh Miller and Stella Hucka double. Tayha DeGrande smacked a double for 2 RBI in the 5th but it wasn’t enough to catch Steel coming up 2 runs short.