Girls Soccer: District 3/4 3A and 4A Tournaments 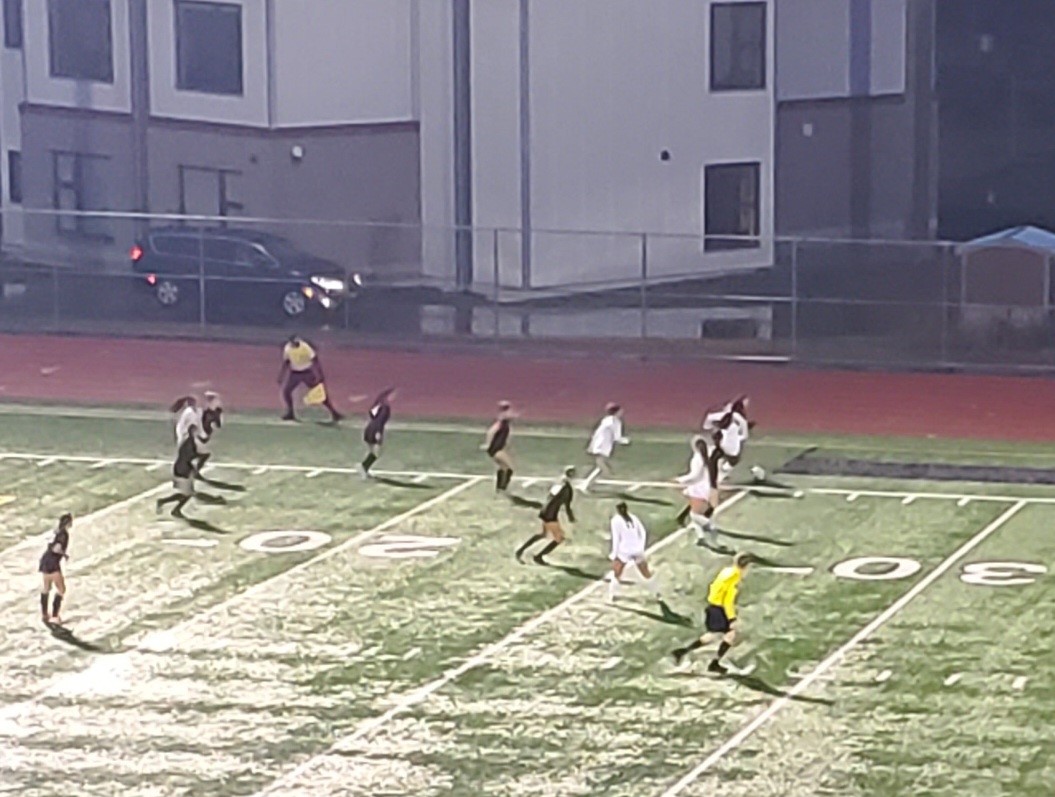 The District 3/4 3A and 4A Girls Soccer Tournaments are underway. In this post we will have all the match-ups and follow-up with scores and any games we cover re-caps, pictures and video highlights. Many of the games will be on the NFHS Network and we have linked the page to watch next to each game.

It was an eventful Tuesday night in the 3A District 3/4 Tournament  at Harry Lang Stadium, as Peninsula knocked off their previously unbeaten rival Gig Harbor 1-0 to end the long night. The Seahawks jumped on the Tides early with a goal just 8 minutes into the match by Makenna Betts.
The rest of the match was a defensive struggle until Gig Harbor increased their attack in the 2nd half, and a cross from Tides player Elizabeth Hayes found Aejanae Humphrey wide open, but the Sophomore just missed the left side of the net on the shot. That was early in the 2nd half and eventually Peninsula adjusted and the Tides scoring threats were denied and the Seahawks gave their rival their only defeat on the season. Both teams advance to the state tournament, but Peninsula will play on Thursday in a game where both teams are going to State.

The evening started off in a must win for the Central Kitsap Cougars and Kelso Highlanders, and it was C-K who started off the match well getting into attacking areas in the 1st half but not generating much scoring threat. The best chance of the first half was a shot by Kelso midfielder Karsyn Ross, who fired a long shot that the Cougars goalkeeper had to leap up and just punch out over the cross bar to keep it scoreless.
It was scoreless at half and into the 2nd half when the Cougars had their best chance, as Theresa Castro got loose on a counter attack and her shot just hit the crossbar and Kelso dodged a major bullet.
The match then went into overtime when a Central Kitsap foul at the edge of the box gave Kelso a freekick with about 2 minutes left in OT, and Karsyn Ross this time delivered the game winner by firing the shot into the net to make it 1-0. Kelso moved on to the Winner to State game on Thursday while Central Kitsap was eliminated.

Saturday, Nov 5
Kentridge at Kentwood 11am (winner to state, loser out)

The Championship came down to a stalemate through 80 minutes of regular time and 10 minutes of Golden Goal OT to send the District Championship to a shoot-out. To get to this point both teams defenses and keepers were outstanding denying each teams offenses time and again.

The shoot-out began with Camas going first and Bella Burns knocking in the 1st shot for the lead. The Viking’s K V Miller then evened it at 1-1. Both the Papermakers Parker Mairs and Curtis’s Taylor Meno were good to push it to 2-2 after 2 rounds. Curtis keeper Shaliyah Dupar then swamped the next shot giving the Vikings a chance for the lead but the shot went off the side post and through 3 rounds it was still 2-2. Both Morgan Wetzel and Hokulani Mose were good in the 4th round and it was 3-3 going into the final round before overtime shots. Camas’s Nora Melcher fired it and scored to go up 4-3. Then the Papermaker’s keeper Keely Wieczorek knocked out the tying shot to secure the win 4-3 in PK’s and the 1-0 win and District Championship.

Camas, the defending state 4A Champions are headed into the state tournament with a ton of momentum and despite being only seeded 4 in the District tournament have served notice they don’t intend to let the big trophy slip out of their hands.

Curtis also proved they were going to have to be dealt with coming in as the 7 seed and making it all the way to the Dist Championship match. The Vikings upset the 2 seed Tahoma and 3 seed Olympia before just missing in the Championship match. Our MVP was easy and we knew who it was prior to the shoot-out, it was which keeper was on the winning end. So Camas’ Keely Wieczorek was our MVP of the match.

It took less than 2 minutes into the 2nd half for the Papermakers to change that when a penalty was called on the Spartans in the box. Camas’s Parker Mairs then lined up the PK and shot to the right of the Sumner keeper for the score. That would end up being the only goal in the match and Camas moves on to the District Championship against Curtis on Thursday. Sumner advances to the State Tournament.

Kentwood 2, Graham-Kapowsin 0 (loser out)
Tahoma 3, Union 2 (loser out)
Rogers (Puy) 2, South Kitsap 0 (loser out)
Kentridge 1, Skyview 0 (loser out)
The Chargers advanced knocking of Skyview 1-0 on a set play in the 61st minute. Kentridge’s Morgan Swett lined up a shot from 22 yards out and launched a looping shot that the Storm’s keeper Sam Groesbeck got a hand on it but it bounced inside the left post for the goal.

The Charger’s keeper Alexis Natividad was named our MVP of the match for the shut out win. Kentridge will move on to face Rogers (Puy) on Thursday at Sparks Stadium in a winner to state game.