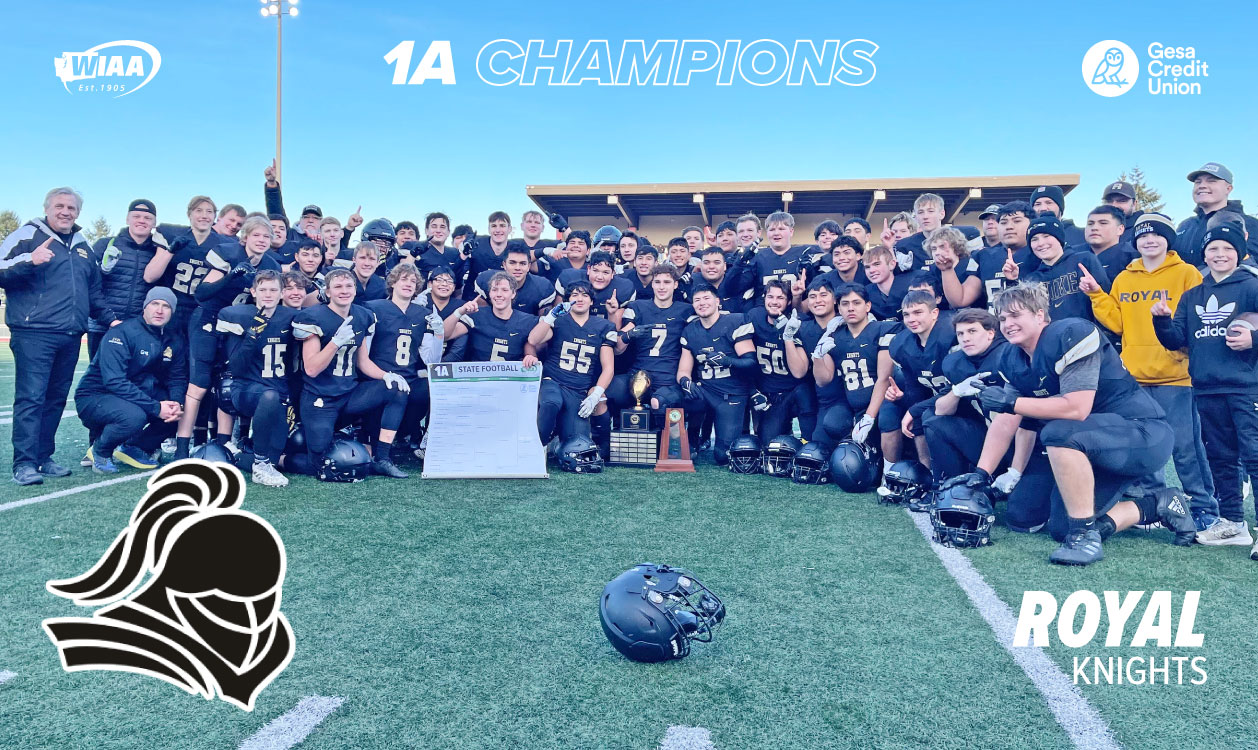 Mt. Baker star running back Marques George broke the 1A State Championship rushing record with 248 yards and two touchdowns for the upset minded Mountaineers, but it wasn’t enough for the heavy underdogs as the Royal Knights pulled away in the 4th quarter for their 6th State Championship in 8 seasons. 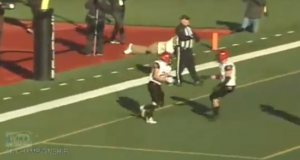 The start could not have been better for Mt. Baker, as they moved the ball inside the Royal 5-yard line on their opening drive, going on a 10-play drive lasting almost 5 minutes, but the Knights redzone defense held on 4th and goal to keep the game scoreless.

The Mountaineers defense provides some huge plays early, as Landon Smith got his first of two interceptions of Dylan Allred on the first Royal drive, and Mt. Baker capitalized with a Wilhem Maloley 8-yard TD run to give Mt. Baker the early lead in the 1st quarter.

Royal’s offense struggled early as they went 3 and out on the ensuing possession, but the Knights defense responded after forcing the Mountaineers to a 3 and out and they got on the board shortly after with a 66-yard drive, as Royal QB Dylan Allred found Edgar Delarosa on a 4-yard TD pass to tie it up at 7-7 at the end of the 1st quarter.

Mt. Baker linebacker Dylan Moa stripped the ball away from Royal’s all-league running back Kaleb Hernandez in the 2nd quarter for the first of two fumbles lost by Hernandez, but the Knights defense stepped up to get another big stop and Dylan Allred threw his 2nd TD pass of the 1st half, this time to his younger brother Lance Allred for 10 yards and Royal took a 14-7 lead into the locker room.

Turnovers continued to plague Royal throughout the game, as Landon Smith intercepted Allred for the 2nd time, this one in the 3rd quarter to set up Marques George’s first rushing TD of the game to tie it at 14-14 going into the 4th quarter. 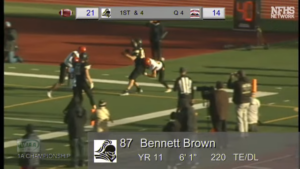 With the State Championship game on the line in final quarter, it was Royal who came up with more big plays, as Dylan Allred found his brother Lance for their second TD connection to help the Knights regain the 21-14 lead early in 4th quarter. Miscues hurt Mt. Baker in the final quarter as a fumble on the ensuing Mt Baker drive set up a short drive capped by an Allred TD pass to Bennett Brown  for a 4-yard score to give the Knights a two-possession lead in the 4th with about 5 minutes to go in the regulation. It went from bad to worse for the Mountaineers as a fumble on a bad pitch gave the ball back to Royal on their next possession and Dylan Allred took advantage with a short run to make it 35-14 Knights with 4:32 left in the game.

Mt. Baker never gave up and a 60-yard run by Marques George followed by a 1-yard run by George with 1:35 left cut it to 35-20, but the onside kick for the Mountaineers failed to end the game.

With the win, Royal won its 11th State Championship and finished the season with an 12-1 record. Mt Baker’s Cinderella playoff run ended in their 2nd runnier up finish in school history, and their season ends with an 8-5 record.

Royal adds to their lead with the spectacular TD catch