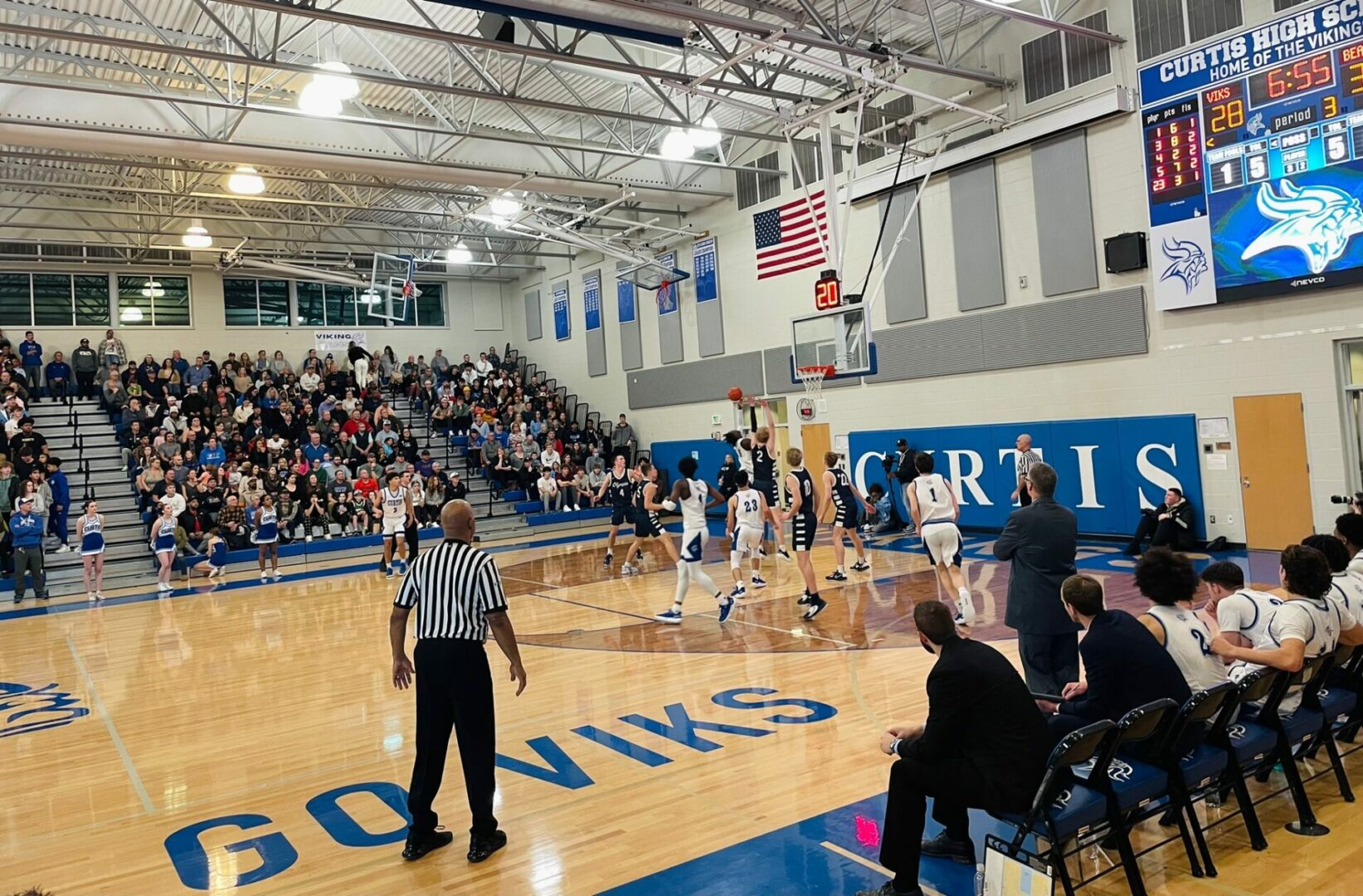 (University Place, WA) The Curtis Vikings had their 23 game winning streak against in-state opponents snapped on Saturday as Olympia earned a signature win to end the first week of the 2023 calendar year with a win over the 2022 4A State Champions.

It was a blockbuster matchup at Ray Beard Gym between the #1 ranked team in the 4A AP Poll in Curtis and the #6 ranked Olympia Bears, but Olympia Head Coach John Kiley says knew his team had to play great to beat the Vikings. “I’m super proud. This is where the champions are, they got the rings from last year and we know that,” Kiley said. To come to University Place and to stay poised; Curtis is so talented, they made some runs, I’m really pleased that we stayed composed tonight.”

Washington State Commit Parker Gerritts led all scorers with 23 points, including 3 3-pointers to earn ESN Player of the Game honors for Olympia. Center Andreas Engholm had 18, Matt Lindblom added 11 while Drew Carlson had 8 all for the Bears.

It took a while for Curtis star Zoom Diallo to get going offensively with just 7 1st half points, but the Junior guard poured in 14 in the 2nd half to keep the Vikings competitive. Diallo and much of the starting line up for Curtis played the 2nd half in foul trouble with Diallo and Tyce Paulson picking up their 4th fouls in the 4th quarter. Paulson ended the game with 11 points, Devin Whitten had 10

Curtis starter Cinque Maxwell missed the game due to undisclosed reasons which definitely hurt the Vikings. ESN with have an update on his status when it is available.

The victory for Olympia ends a 2 game losing skid to Curtis and also ends the Vikings 22-game winning streak against 4A SPSL opponents dating back to 2021. The win is also the 5th straight for the Bears who move to 11-3 overall and 6-1 in the 4A SPSL South. Curtis drops to 12-3 and 6-1 in 4A SPSL North.