Soccer: T-Birds get win over Bulldogs in Cancer Awareness Match 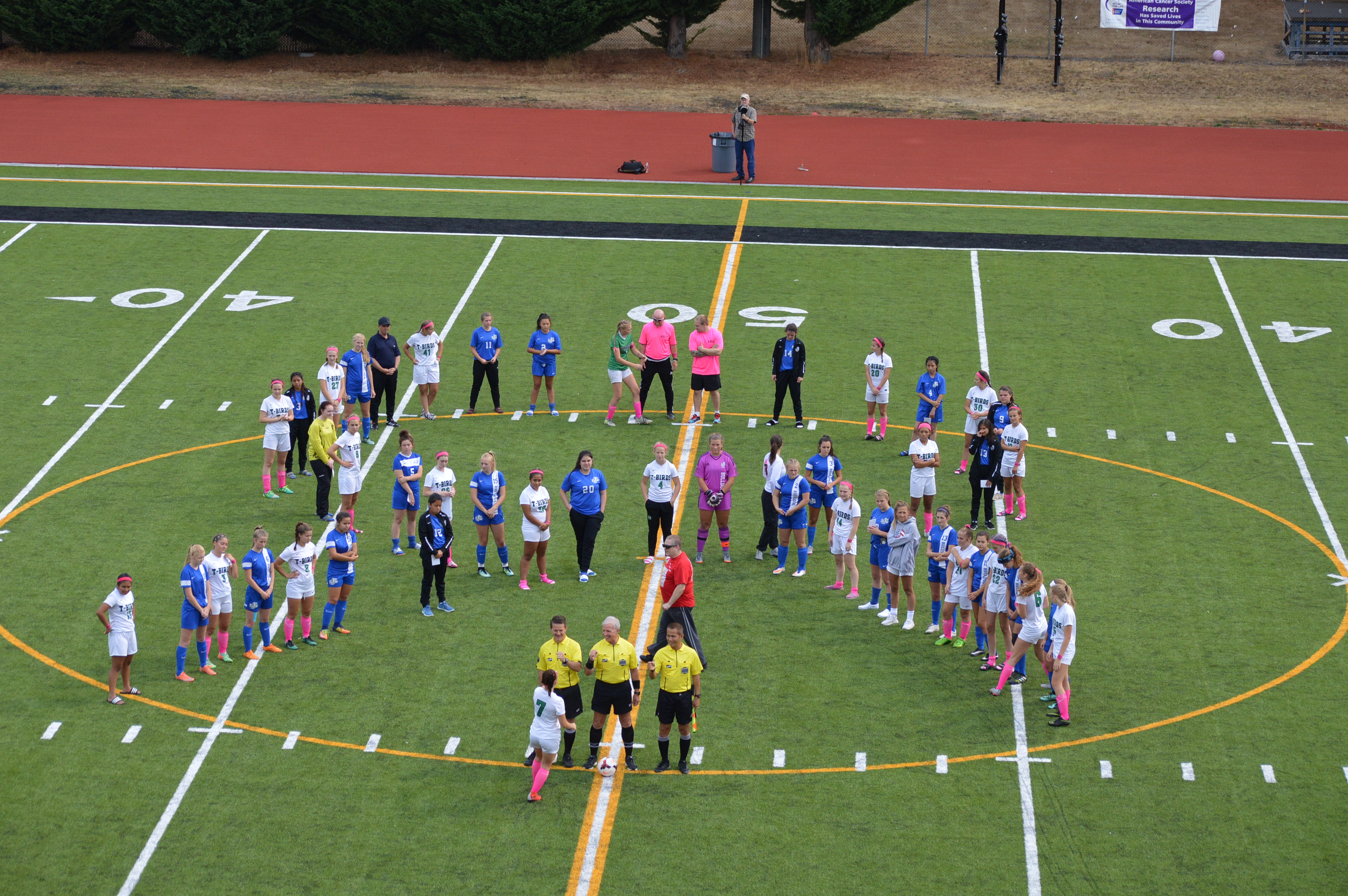 (Tumwater, WA) The Tumwater T-Birds girls soccer team always picks one day to raise money and awareness of Breast Cancer and Saturday against North Mason was this year’s chosen match-up. The goal was $1,000 as volunteers sold items at the match and the admission charge was a donation to the American Cancer Society. Tumwater Coach Brett Bartlett tells us they just fell short of their goal of $1,000 but had an outstanding effort of $860.

With all the hoopla there was still a soccer match to be played but it was a non-league match that allowed both teams to sit several regular starters in hopes of having them ready for league play. The play was a stalemate through the first 40 minutes as both teams made runs but neither could break through as both backlines and keepers held tight.

Then just a couple of minutes into the 2nd half the game changer was a North Mason player felt she was fouled but did not get the call and let slip with a word that earned her a red card and she was ejected from the game and the Bulldogs had to play with just 10 for the final 38 minutes.

The T-Birds would finally break through in the 53rd minute when Rilee Stillings dribbled between defenders and fired a shot from about the goal line and caught Bulldog Keeper Morgan Mihelich in no-man’s land and got the ball past her. That would be the lone goal in the match giving Tumwater the win.

Mihelich was great in the box for North Mason keeping the Bulldogs in the game with several saves including a hard save later in the 2nd half to keep the game a 1 score affair. Mihelich earned our Pacific Sports Spa Player of the Game for North Mason while Shay Johnson’s consistent play for Tumwater earned her the T-Birds honor.

Sillings won our ProActive Physical Therapy Play of the Game with the lone goal. Tumwater evened their record at 2-2 while North Mason dropped to 0-3-1.