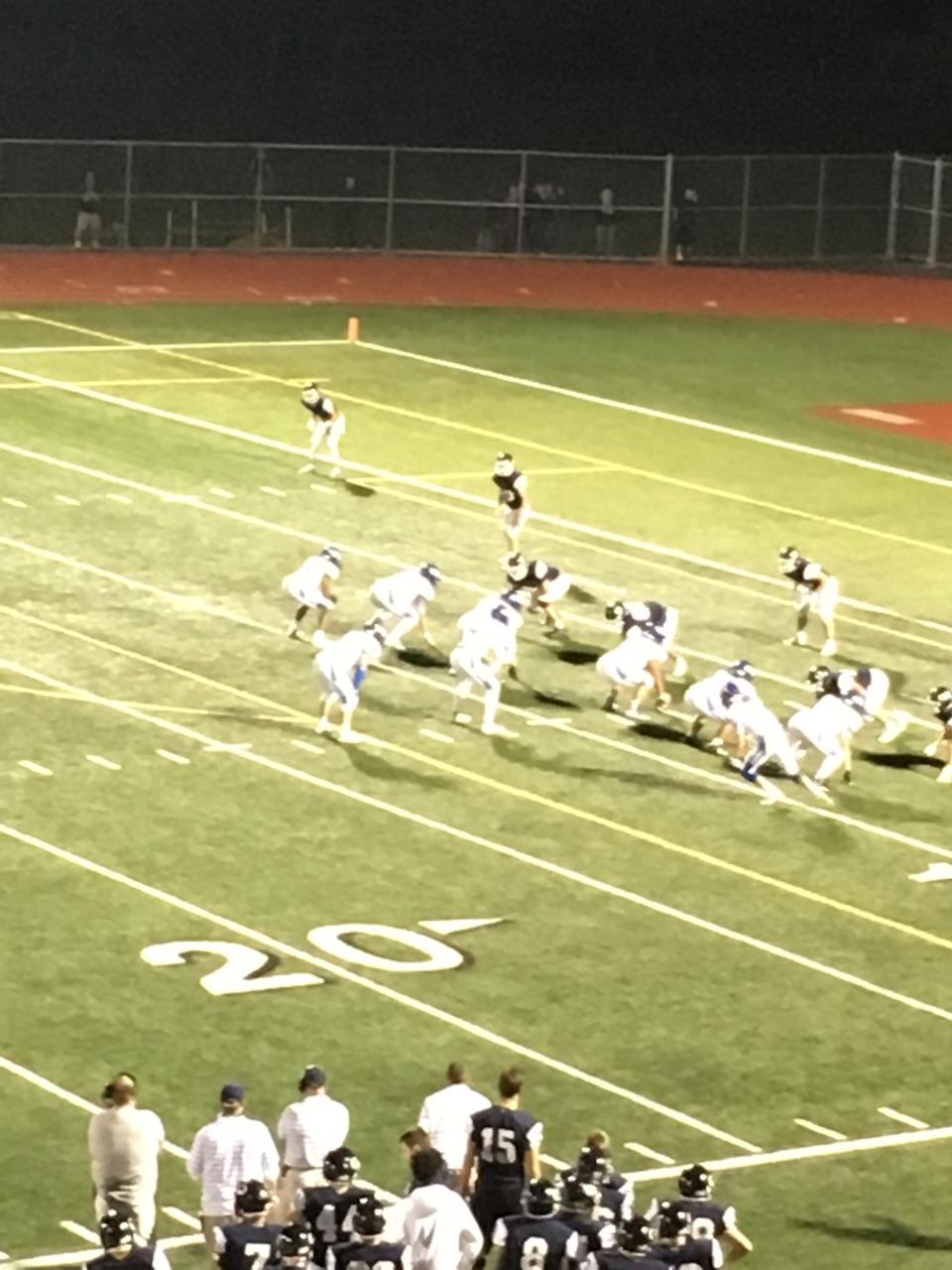 (Olympia, WA)   Jase Paulsen’s 38-yard field goal was the only score by either team in the second half  as Curtis both got its first win and handed Olympia its first loss, 17-14 on Friday night at Ingersoll Stadium.

The Vikings took advantage of three second half Olympia turnovers, two interceptions by the game’s two-way star, junior Marlon Jones, and a fumble on the Bears desperation final drive.

Olympia, which drops to 3-1, all in Class 4A SPSL play, scored first when quarterback Ketner Young finished off the Bears first drive with a 10-yard touchdown pass to Jaren Thorpe.

Curtis (1-3, all SPSL) tied it 7-7 before the first quarter ended when Jones, who would carry eight times for 93 yards, broke loose for a 48-yard touchdown run.

In the second quarter, Curtis took its first lead on a two-yard touchdown sweep by Taj Moffett, but Olympia tied it 14-14 on a quarterback sneak by Young.

After Paulsen’s longest field goal of the year with four minutes left in the third, neither team would score again.

Jase Paulsen’s field goal was named the ProActive Physical Therapy Play of the Game.  Shea’s workhorse role earned him Olympia’s Pacific Sports Spa while Russell got the honor for Curtis.