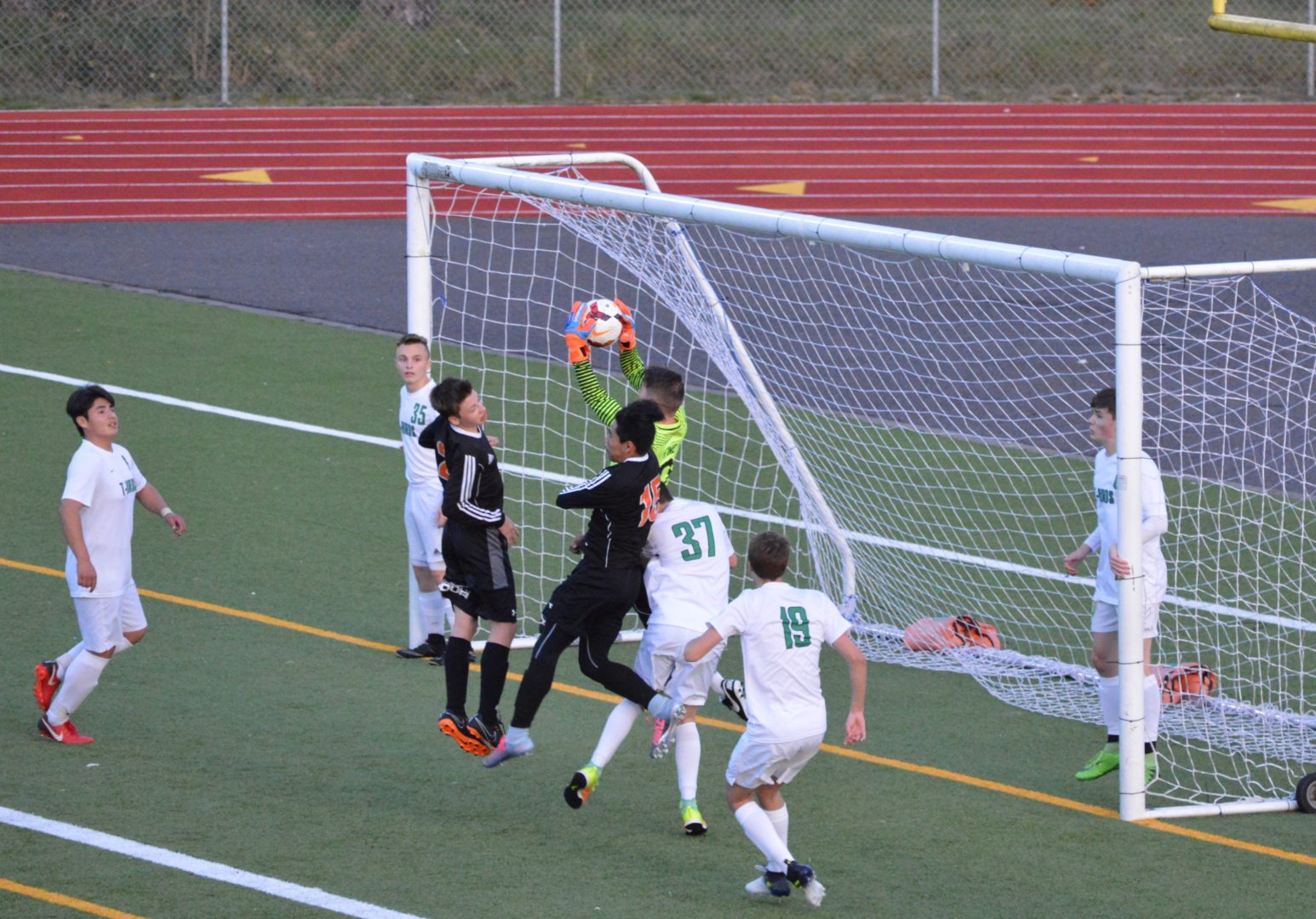 (Tumwater, WA) The Tumwater T-Birds used a constant pressure and stiff defense to down Centralia in a Spring Break Evco 2A showdown on Friday night. The T-Birds attack style offense paid off in the first 9 minutes when Zack Dodge broke free and got into a 1 on 1 with Tigers keeper Jesse Vazquez and was able to punch it past him for a quick 1-0 lead. The T-Bird defense was just as impressive turning away the Tigers counters. The defense led by their stalwart in the box Britton Fine and help from backliners Nathan Seaman, Jorge Torres, Jack Armour and Nate Brown.

The Tigers were able to contain the T-Birds for the rest of the half with strong work from Vazquez but it wouldn’t take long for the T-Birds to knock in their insurance goal and then extended it over  just a 3 minute run. Kai Bentley scored both and took the 1st goal on a beautiful pass from Jamin Schultz that got Vazquez to commit and an easy tap in for Bentley. Just 3 minutes later it was Schultz and Bentley again this time Vazquez got a piece of a shot that Schultz fired and deflected to Bentley who finished it off to make it 3-0.

The Tigers looked like a tired team and the energy level was held by just a few including Vazquez and Alex Alvarenga. Alvarenga prevented the shut out with Centralia’s loan goal in the 59th. Alvarenga chested a ball that ping-ponged around in front of the box from a Tiger corner kick and got by Fine who really had no shot at defending the ball. The goal created a momentary boost in energy for the Tigers but Tumwater quickly doused the flame with great defense turning a couple of runs away and clinched the win. This included a great effort by Dodge who literally turned into the keeper prevent a 2nd goal when a ball got by a charging Fine and Dodge was behind him in the box and cleared the ball preventing the Tigers from pulling within 1.