Soccer: Aberdeen rolls at Centralia in shut out fashion 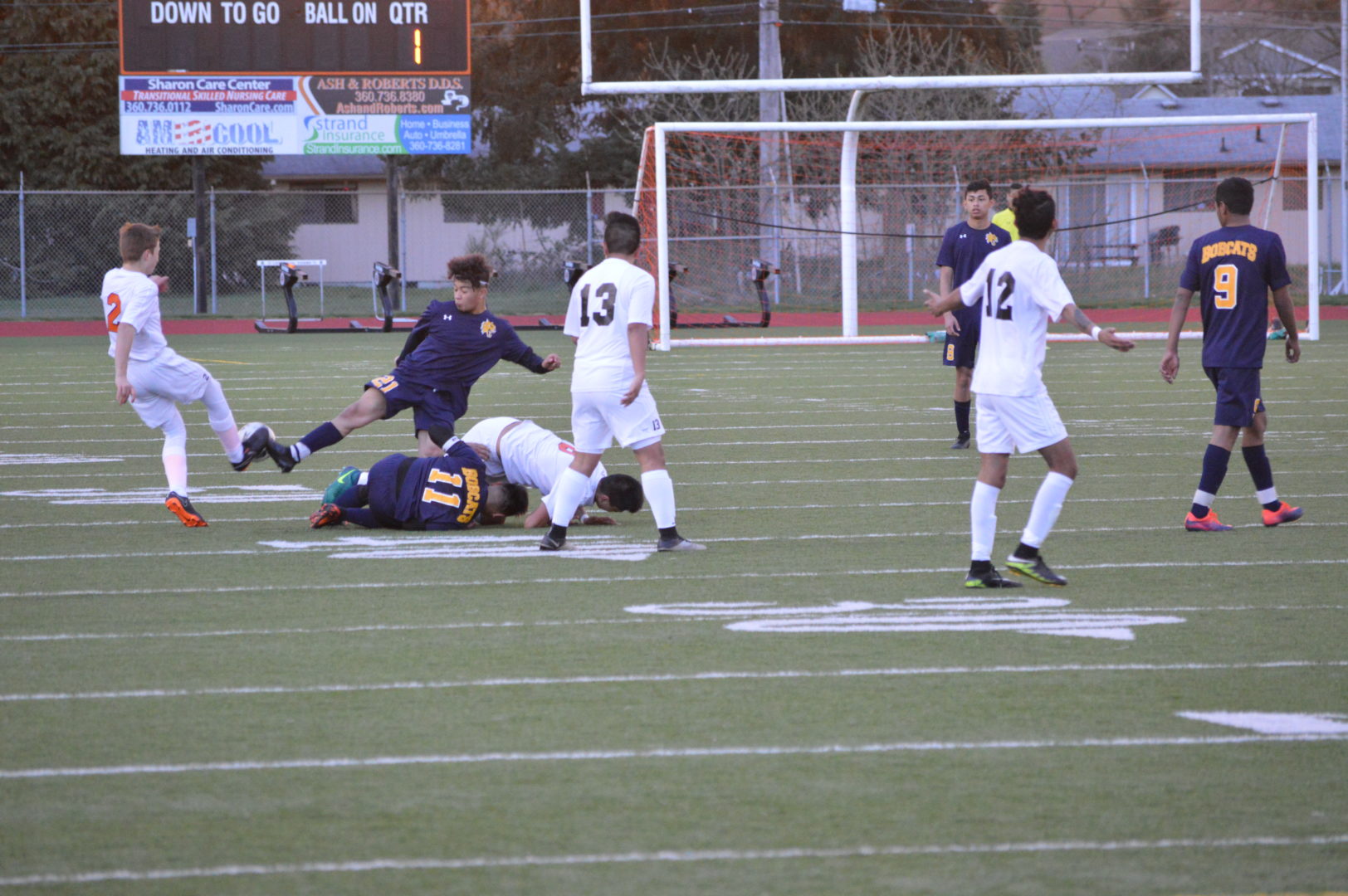 (Centralia, WA) The Aberdeen Bobcats wasted little time in scoring on the Tigers and did so 4 times in the 1st 40 minutes. Trevor Dawkins got things started in just the 3rd minute taking a long goal kick taken by Christian Sanchez and beating the entire Tiger defense and got into a 1 on 1 with Centralia keeper Jesse Vazquez and scored to make it 1-0. The Bobcats used the same method to score again in the 18th with Dawkins again taking the long pass and running past the defense and beating Vazquez for the 2-0 lead.

Hulizes Chaves was next to fire away at the Tiger defense and connected in the 30th minute off an assist from Luis Martinez. Aberdeen wasn’t done yet and finished off the half just prior to stoppage time when Sanchez teed up an assist to Brendan Ford who knocked the ball into the net for a huge 4-0 advantage at the break.

Centralia did make some changes defensively in the 2nd half and shut out the Bobcats except for a penalty kick late in the match in the 75th minute from Ford. The Tigers also picked up the attacks with Kibrom Tesfagergis, Jose Pena and Will Brown leading the attacks but a stiff Bobcat defense would frustrate the Tigers and keep them well off any hope of a big 2nd half comeback. Aberdeen keeper Luis Soto had a particularly good save early in the 1st half leaning back and slapping down a sure goal at the last second. Soto had help from Sanchez, Carlos Vazquez and Enrique Cuevas.

Aberdeen is now 2-2 in league play while the Tigers fall to 1-3. Our Pacific Sports Spa Players of the Game went to Aberdeen’s Trevor Dawkins and Centralia’s Kibrom Tesfagergis and the Thorbeckes Sportsmanship Award went to Aberdeen’s Luis Soto.