Soccer: 45-seconds is all Black Hills needed to shut out the Tigers 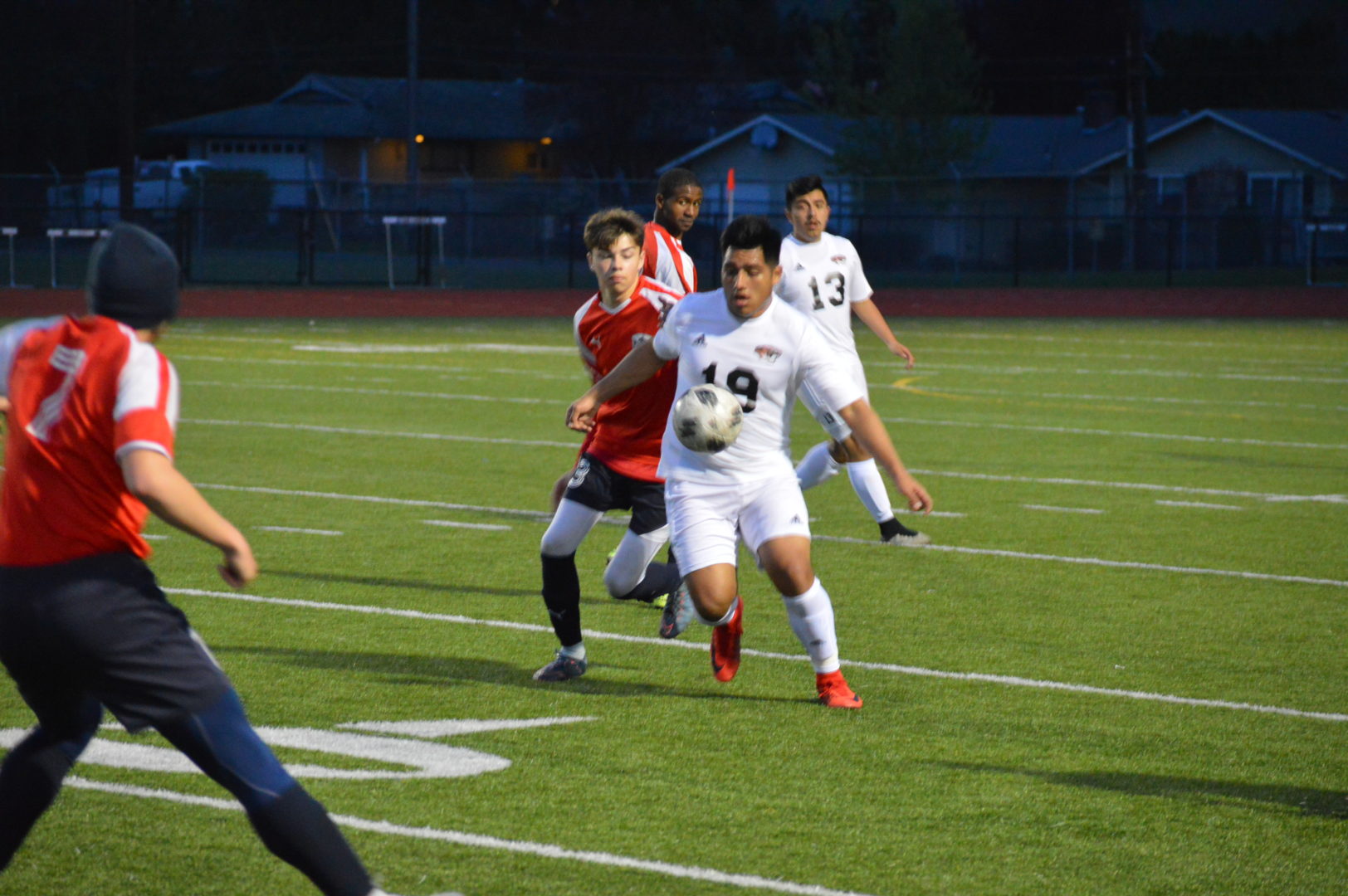 (Centralia, WA) The talented Centralia Tigers soccer team keep struggling to turn around their season and Friday night was no different. The Tigers were taking on 1st place Black Hills on their home turf and through the first half let it be known to their visitors they were ready to give them a battle as neither team could find the back of the net. The Tigers keeper Jesse Vazquez was under attack more than the Wolves keeper Trevor Fourtner but both defenses were stiff and not in the giving mood.

As the 2nd half began it looked like for 25 minutes we may be headed to a scoreless draw in regulation. The Tigers just missed on a couple of good opportunities but the Wolves attacks were persistent and had several close calls. It was beginning to feel like if either team could sneak one in it would be enough and that turned out to be correct.  Yitagesu Dowty finally broke free for Black Hills and side stepped several challenges getting into a 1 on 1 with Vazquez and blasted the shot past the Tiger keeper for a 1-0 lead. When play resumed Dowty again got the ball but this time passed it off to Benmet Lester who knocked in the goal just 45 seconds after the first goal to make it 2-0.

The Black Hills defense took care of the rest with Davide Levi, Matt Jones and James Morimoto among others leading the way. Morimoto banged up his leg but refused to come out and finished the game with a noticeable limp  and also won our Thorbeckes Sportsmanship Award of the Game. Our Pacific Sports Spa Players of the Game went to Yitagesu Dowty for the Wolves and Ricky Valdovinos for Centralia. The Wolves improved to 6-1 in Evco 2A league play while Centralia fell to 3-4.