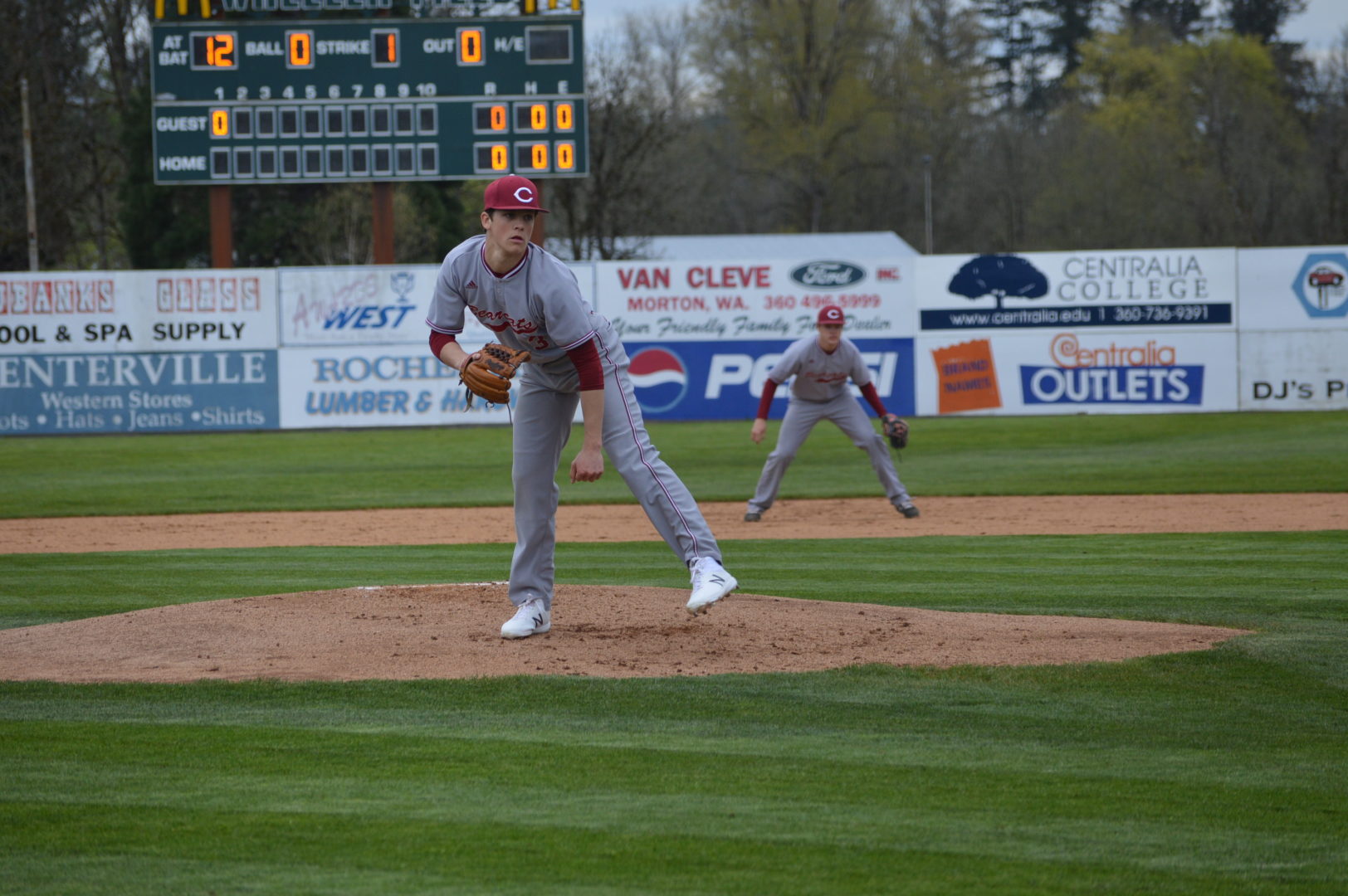 (Centralia, WA) Despite playing their 4th game in 3 days both the WF West Bearcats and Centralia Tigers got solid pitching except for a couple of instances. All the runs were scored in just 3 at bats. The Bearcats took the lead in the top of the 3rd as starting pitchers Tyson Guerrero for the Bearcats and Derek Beairsto for the Tigers both cruised through the 1st 2 innings. Guerrero wasd perfect for 3 innings but in the top of 3 he got some offensive support. Max Miller led off with a grounder and got to 1st on an error. After a ground out, Guerrero then helped himself with a 1-out RBI double. Guerrero then scored when Lane Douglas drove him in with an RBI single.

Centralia answered in the 4th inning when Jeremy Wood led off with a single and moved to 2nd when Jared Frias laid down a sac bunt but ended up safe on an error. Colby Steele then drove both of the in with an RBI double but then was tagged out when he over slid 2nd base. The out was important as Broc Selstrom then came up with a 2 out base hit which would have likely scored a run to give the Tigers the lead but instead ended up in a 2-2 tie after 4.

The Bearcats put together the deciding inning in the top of the 4th scoring 5 runs. With 1 out Josiah Johnson slapped a base hit followed by a walk to Guerreo. Lane Douglas picked up his 2nd hit and 2nd RBI. The key to the rally was a fortunate bounce for Nole Wollan whose groound ball to short stop Jeremy Wood took a high bounce as it appear to hit the grass edge and popped high over the head of Wood into left field and Wollan drove in 2 big runs. Brock Jones added an RBI base hit and the Cats finished the inning with an RBI single from Leandre Gaines to jump out to a 7-2 lead and that would be the final score.

Our Pacific Sports Spa Players of the Game went to Tyson Guerrero for the Bearcats and Centralia’s Colby Steele. The Thorbeckes Sportsmanship Award of the game went to Chehalis’s Lane Douglass. WF West is now 8-0 in Evco 2A league play and the Tigers now 7-1.