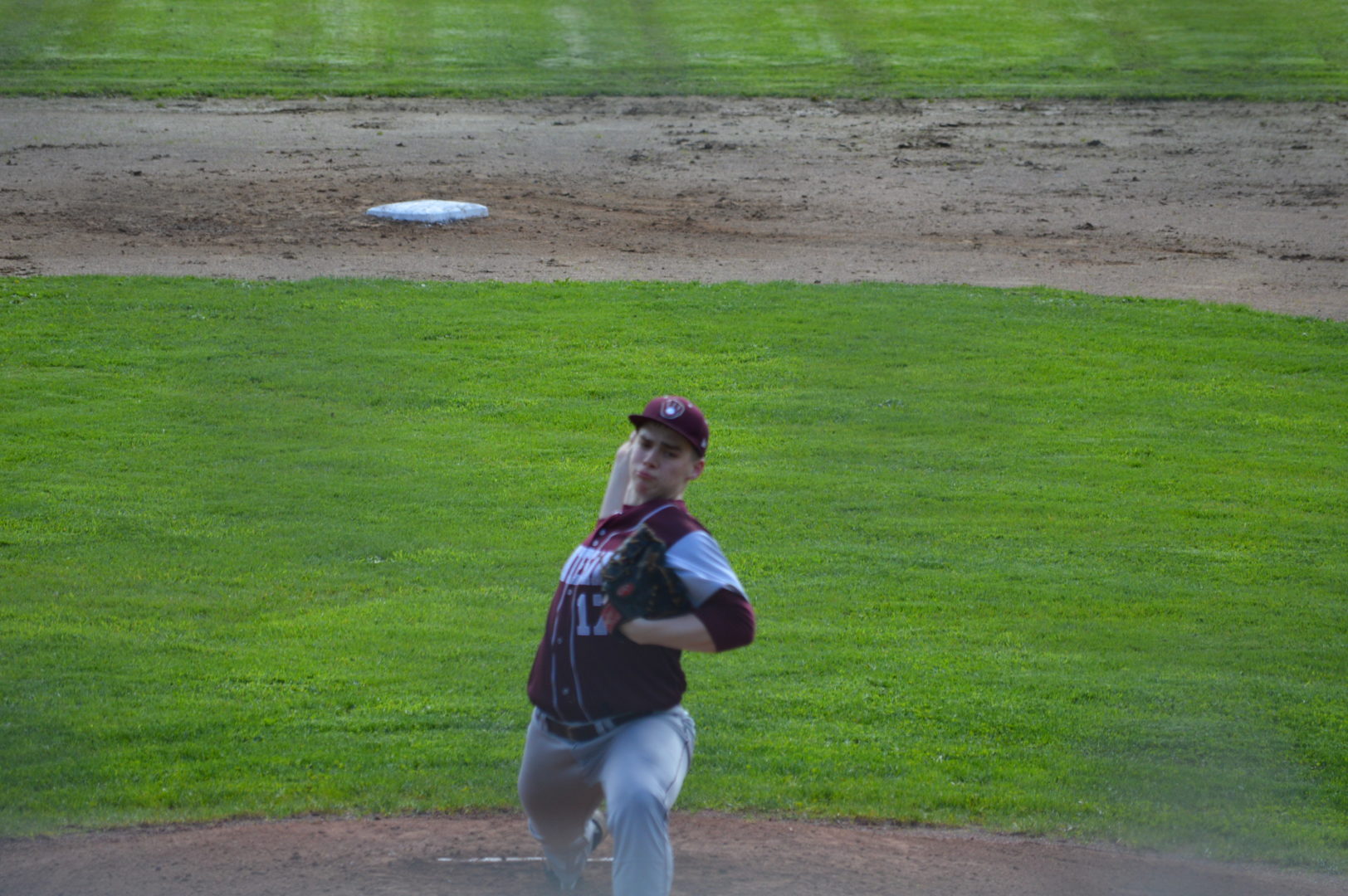 (Montesano, WA) The Montesano Bulldogs and Hoquiam Grizzlies knew it would come down to this 2 game series for the league Championship and after Tuesday’s game the Bulldogs clinched the League Championship. With 2 games to play the Bulldogs are 10-0 and the Grizzlies are 8-2 but even if Montesano loses both games to Hoquiam on Wednesday and at Forks on Friday and the Grizzlies win both with Elma on Friday and they both end up 10-2 for the season they will share the league title but Montesano would have the number 1 seed into the District Tournament due to their 2-1 season series win.

The Bulldogs took the lead in this critical game in the 2nd inning when Kobe Gallinger walked to lead off. After a ground out Kyle Trout then singled and an error by the outfielder allowed Trout to get to 2nd while Gallinger was at 3rd base. Carter Olsen then grounded out for the 2nd out but Gallinger scored giving Olsen an RBI and the Bulldogs the lead. Carson Klinger then stepped up ripping a base shot driving in Aaron Lano who came in to run for Trout and Monte led 2-0.

Hoquiam answered with their best inning of the game in the top of the 3rd getting to starting pitcher Nate Kloempken. Loghan Hurley led off by getting hit with a pitch. Kloempken then struck out the next 2 and it looked like another quick inning when Sean McAlister grounded a hard shot to Matt Plato. Plato scooped it and fired a hard throw to 1st baseman Payson Parker but the ball was thrown low and Parker initially had it but dropped the ball and the Grizzlies had runner’s on the corners. Jackson Folkers then surprised the Dogs laying down a perfect suicide squeeze bunt with 2 outs and legged out a base hit as Hurley scored. Payton Quintanilla then had basically a full swing bunt that went off the end of the bat just between the pitcher and 3rd and also was safe at 1st with McAlister scoring to tie the game. Garrett Bradley then singled sharply to the outfield but Quintanilla tried to score and was thrown out at home, although he gave it a heck of a try diving between the legs of Bulldog catcher Kyle Trout but Trout got the tag down in time however, Hoquiam now led 3-2.

Hoquiam pitcher Walker Dunn had been cruising since the 2nd but led off the 5th by hitting lead-off batter Evan Bates. Gallinger then walked and Payson Parker followed up with a long drive to left that hit off the fence for a double. That drove in 2 but the umpires called Gallinger back to 3rd after Grizzly left fielder Andrew Anderson raised his arms saying the ball got hung up between the fence and a sign hanging on the fence. Carter Olsen came through again with his 2nd RBI a solid base hit and Carson Klinger kept the rally going with a base hit giving Monte a 5-3 lead.

Nate Kloempken then was simply shut down gold retiring the next 6 batters in order with 2 strike-outs, 3 grounders and a pop-up to clinch the win and at least a share of the League title and the #1 district Tourney seed. Same 2 teams today at Hoquiam. Our Pacific Sports Spas Players of the Game went to Montesano’s Carter Olsen and Hoquiam’s Garrett Bradley and our Thorbeckes Sportsmanship Award went to the Builldog’s Payson Parker.

(Note: Sorry we did not get any photo’s from this game the pics you see are from Montesano’s games against Tenino, this is why there are no Hoquiam pics, we apologize.)