Evco 2A Baseball: T-Birds hopes of moving up the standings helped with win over Wolves 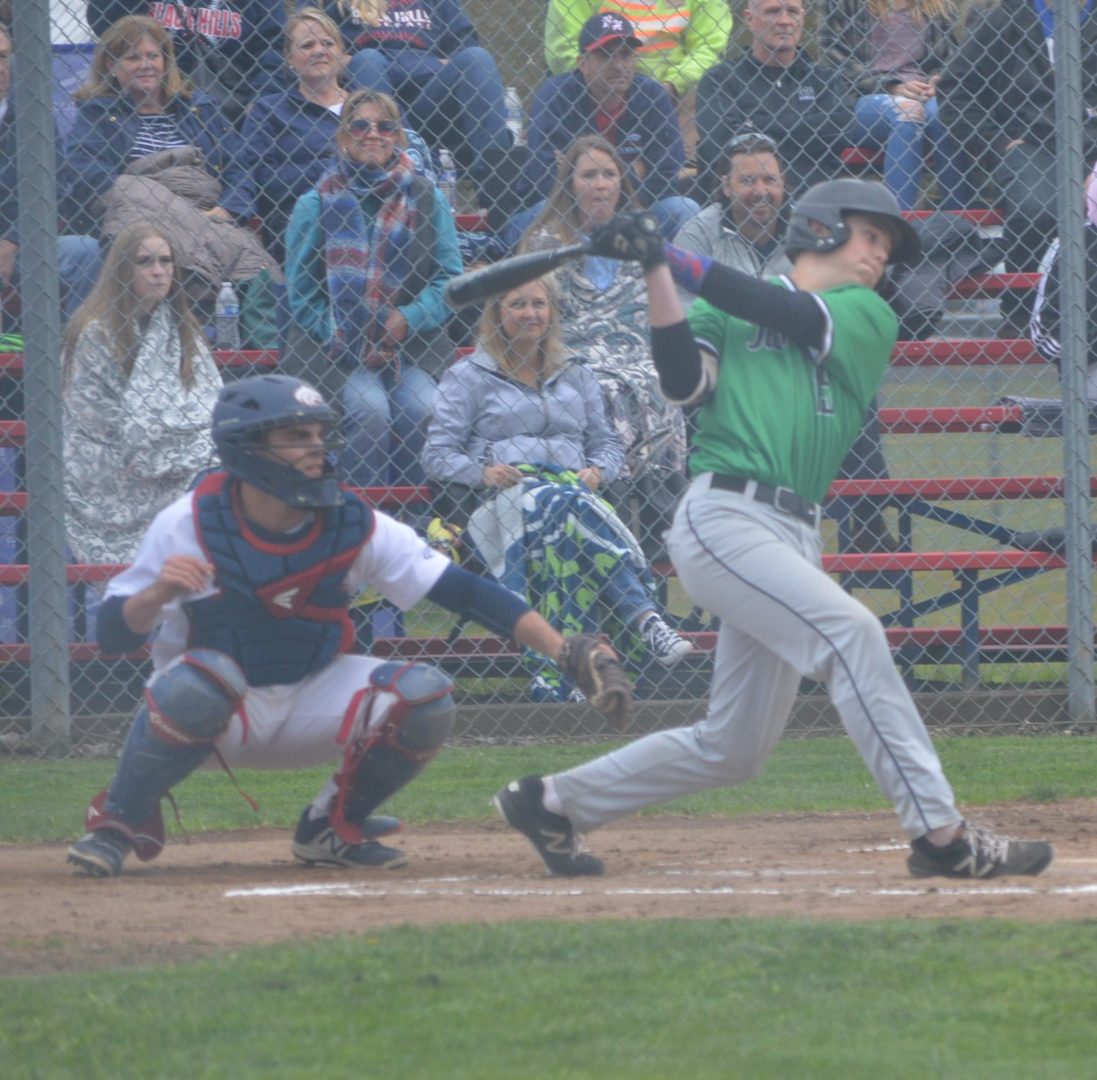 (Tumwater, WA) There is no question left in the Evco 2A as who the champion is as WF West has roared through league unbeaten with 2 games to play with no sign of slowing down. But the race for 2nd, 3rd and 4th is still up for grabs with the Centralia Tigers still in the best spot to claim the coveted 2nd spot. After Mondays games the race for 2nd got tighter with the Tigers still in control with an 8-5 record and now a tie for 3rd between lack Hills and Tumwater both at 7-6.

The T-Birds scored one in the 2nd when Elias Polito got hit by a pitch moved to 2nd on a walk to Michael Wagar and then on a double steal the ball thrown from the catcher was behind Polito and ended up in left field allowing Polito to come in for the 1-0 lead. They scored 2 more in the 4th when Polito led off with a base hit and Wagar got on by an error. The bases were loaded with a walk to Garrett Behrens then Nathan Kassler belted a 2 run double to give the T-Birds a 3-0 lead and more than enough runs for the win.

Black Hills scored 1 in the bottom of the 4th when Zach Loveless came around to score after getting on by being hit by a pitch and then Sammy Flasig knocked him in with an RBI single but the Wolves would not get any closer. T-Bird pitcher Landen Jordan was solid as a rock on the hill and kept denying the Wolves a chance from getting back in the game.

Tumwater is now tied with Black Hills for 3rd at 7-6 while Centralia lost to WF West and has dropped to 8-5 just a game in front of the T-Birds. Our Pacific Sports Spa Players of the Game went to Tumwater’s Nathan Kassler and the Wolves Sammy Flasig, our Thorbeckes Sportsmanship of the Game Award went to Tumwater’s Michael Wagar.