District 4 2A Soccer: Panthers surprise Tigers to extend their season 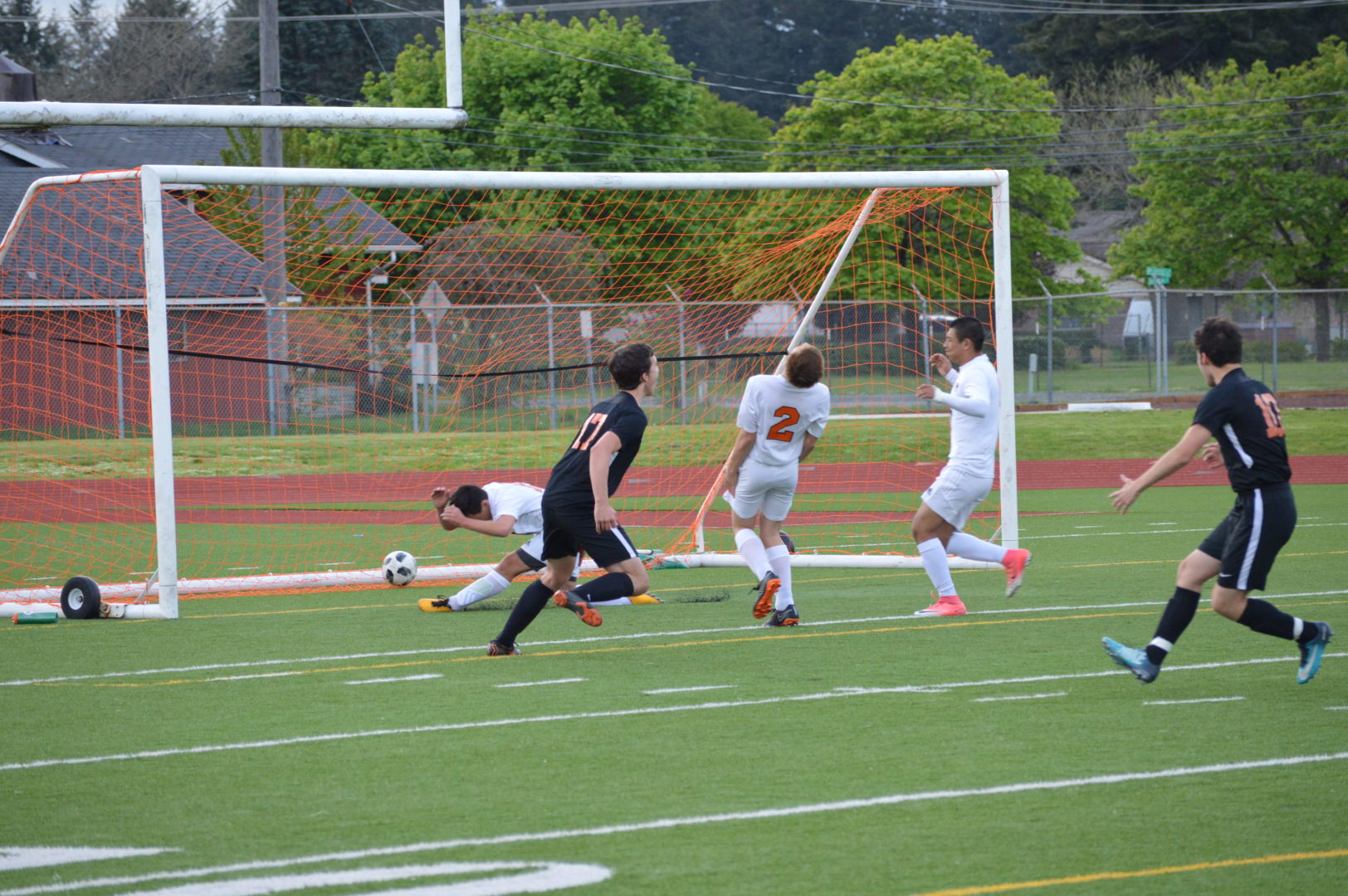 (Centralia, WA) The Centralia Tigers were teeing up the ball for the 3rd time in 4 days but in a loser out game sympathy is had to find and teh Washougal Panthers wasted little time in showing they had come to play regardless of their less than intimidating record. The Panthers came in with a 4-12-1 record but finished 5th in the 7 team GSHL 2A while the Tigers were 7-8-1 and coming off a loss to WF West on Monday and then had to beat them Wednesday night in a loser out game to get to host Washougal.

The Panthers may have thought coming into the match the Tigers may have been not only tired but a bit beat up and sore and looked to strike quickly and they did just that. The 1st goal was the result of just an over-whelming attack on the Tiger defense when Nick Erickson fired a long shot that deflected off a defender and into the net just 6 minutes into the contest stunning the Tigers. The Panthers took a 2-0 lead in the 29th when Adyn West took a side pass that slipped through the Centralia backline to an easy tap in past Tiger keeper Jesse Vazquez. Washougal went to the break with a 2-0 lead.

As the 2nd half began the Tigers came out aggressive a little too aggressive as Mario Silva scored just 2 minutes in it was ruled he pushed a defender to clear space for the shot and the goal was taken off the board. Washougal countered just 4 minutes later in the 46th when a questionable free kick was awarded and West lobbed one to Antonio Reyes who headed it on goal and Vazquez did get a hand on it but it spun into the net to make it 3-0.

Washougal took all doubt out of the game with a 4th goal in the 62nd on a rocket shot from Jamison Wright. Centralia would get on the board finally getting one past freshman Panther keeper Max Wright when Ronaldo Ortiz placed a perfect corner kick to Manny Aguilar who did not miss making it 4-1 and that’s how it would finish. Centralia had their season come to an end while Washougal advances to the District Tournament where they will have to face undefeated Columbia River Saturday evening at 5p.