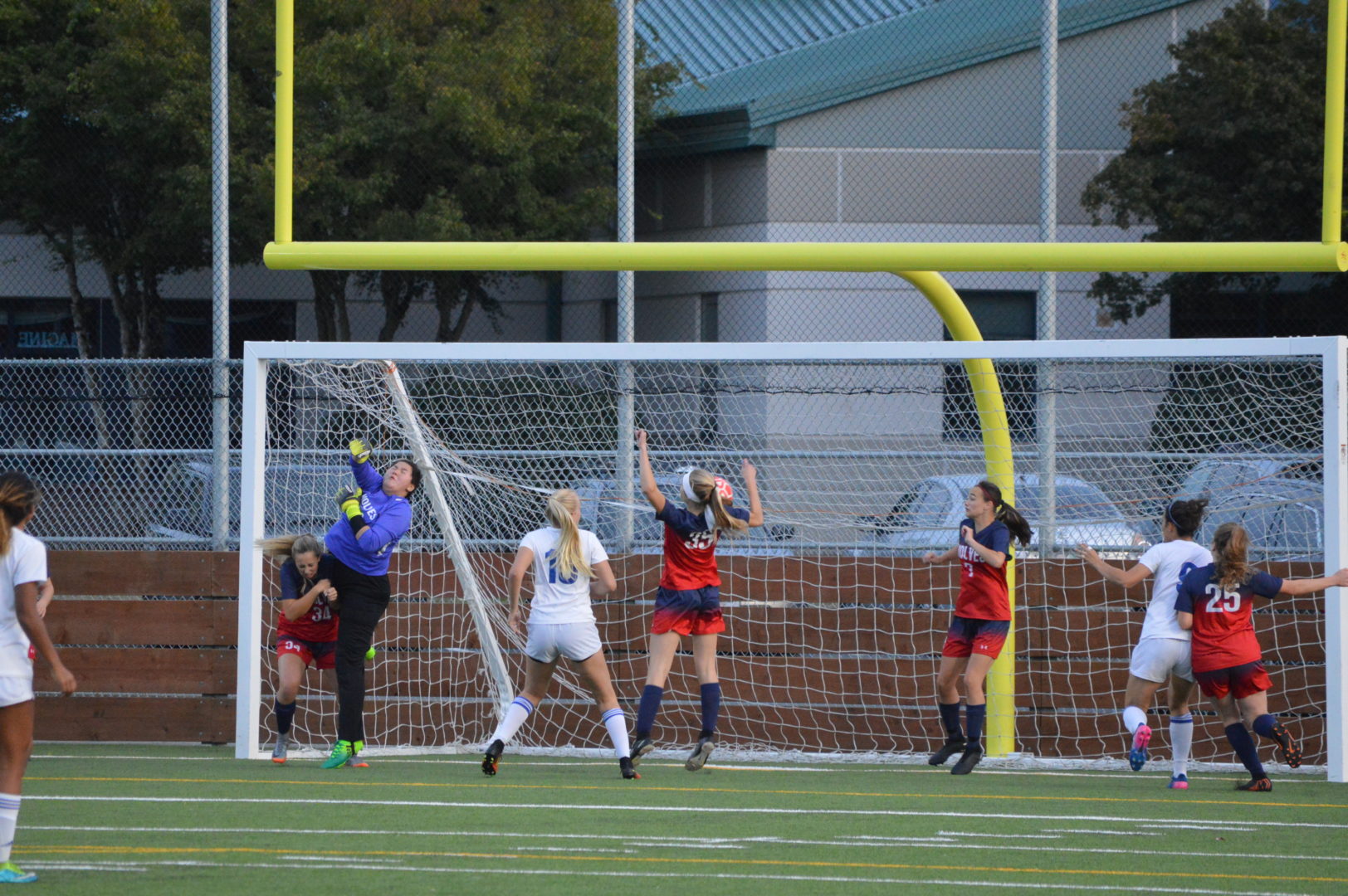 (Tumwater, WA) It took less than 5 minutes for the Fife Trojans to take a 2-0 lead in this non-league match at Black Hills and it looked like the route was on. But a combination of scoring so quickly and a natural let down by the Trojans and the Wolves determined not to be blown out on their home field saw the rest of the first half result in a draw with the Wolves defense stepping up to deny the Trojans from further extending their lead.

The first goal also hurt as it was an own goal off a beautiful corner kick from Fife’s Grace Matson that floated right in front of the box and one of the Wolves defenders tried to deflect it but it curved inside of her and bounced off into the empty net for the score in the 3rd minute. Just 2 minutes later Taylor Mitchell broke free and lobbed about a 25-yard shot up and over into the right side of the net and in the 5th minute the Trojans were making it look easy with a 2-0 lead.

After that the Wolves settled in and keeper Ell Brown stopped everything shot at her and the Black Hills offense also pushed the Trojan defense with several on-goal shots. Wolves Coach James Corbin was pleased with the effort and the shots they were taking while getting some great defense from Cassady MacWhorter with Jordan Bender and Lauren Frazier. Fife keeper Faith Rempfer made some spectacular saves keeping the goose egg up on the Black Hills side of the scoreboard. The 2 teams headed to halftime with the same score as was on the board 5 minutes into the match 2-0 in favor of Fife.

In the 2nd half it was more of the same as Fife Head Coach Ryann Waldman made some defensive adjustments to slow down strikers Megan River, Anna Zeldenhorst and Marcia Navarette. The trio kept the pressure on the the defense but could not break through the solid defense of Elzabeth James, Aliya Hunter and Breanna Hernandez supporting Rempfer.

Fife sealed the win in the 54th when Taylor Goodpaster took advantage of a bad clearance and popped in a shot over the top for the 3-0 lead which would also be the final score. Goodpaster was a threatening force all match long as she pressed the pace for the Trojans. Fife improved to 6-0 while Black Hills dropped to 1-4. Our ESN Players of the Game went to Fife’s Taylor Goodpaster and Black Hills’ Cassady MacWhorter.