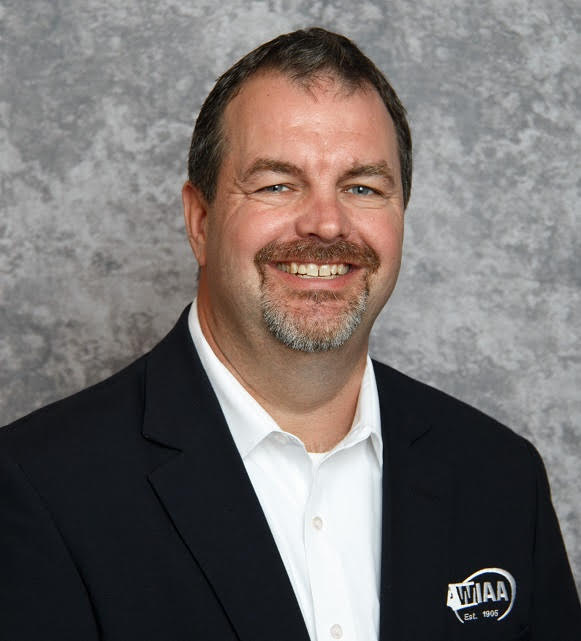 (Renton, WA) The WIAA announced on Monday they have hired the replacement to lead their organization when current Exec Director Mike Colbrese retires this Summer.

Mick Hoffman was named the new Executive Director after a months long search that finished with 11 applicants and 5 finalists. Hoffman is a longtime educator from the Vancouver school system and has taught, coached was the long time District AD and was the current assistant Superintendent.

Colbrese told ESN that Mick will do a great job and has been part of the WIAA Executive Committee for many years so he has the advantage of knowing how the WIAA works. Colbrese says Hoffman will come on board this summer after he steps down.

There was a plan in place to have the new Director come on board early and shadow Colbrese especially around the State Tournaments if the new Exec was coming in from out of state. Colbrese says with Hoffman stepping in that wasn’t necessary.