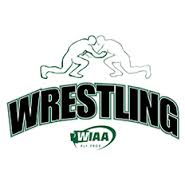 (Renton, WA) Before a snowflake has floated to the ground in most of the state the white stuff has begun falling early Friday in the NW portion of the state down to the Seattle area. Schools are already dismissing early and games and events of all kinds are being cancelled including several Regional Wrestling Tournaments. This put the WIAA in a big time bind of how to proceed with wrestling. Additionally the problem was not knowing how big of a snow issue it will be when it finally stops so re-scheduling to Sunday or Monday or Tuesday begins to create a fairness issue and it was decided to cancel all Regional Wrestling and turn the State Mat Classic event into a 32-.

ESN talked with WIAA Executive Director Mike Colbrese who says several issues came into this decision and the first of course was safety and not having buses filled with wrestlers out driving in hazardous conditions. Colbrese says that is exactly the problem and that is when it will be safe to travel is a huge question since they have no idea of how big this snow event will be. He says they talked with all the Regional Wrestling Managers and believed this was the best solution. Colbrese says WIAA officials are working right now with the Regional Managers to put together the 32-entry format.

Colbrese says the other issues that came into play regarding fairness was recovery time. For example if a wrestler from a Region that wrestled on Saturday has a week to recover while the unknown of when the cancelled matches could be wrestled could leave a wrestler with only 2 days to recover going into the state matches. Then there were also logistical issues, teams needing hotel rooms and how many and even though finding rooms is now a challenge for teams it likely would have been worse if teams had to wait until sometime next week to know how many rooms they needed.

ESN talked with our Play-off Headquarters Hotel, the Sumner Holiday Inn General Manager Kim Straight and she told us they had 3 rooms only for the coming weekend. Straight says their partner hotel in Puyallup is also likely sold out or close to being sold out. This means teams are going to have to go further for accommodations as the wrestling tournament has now been basically doubled. Colbrese acknowledged there are big challenges for teams but they believe this was the best thing to do with the information they have and at the same time try to give everyone as much notice as possible to make arrangements.