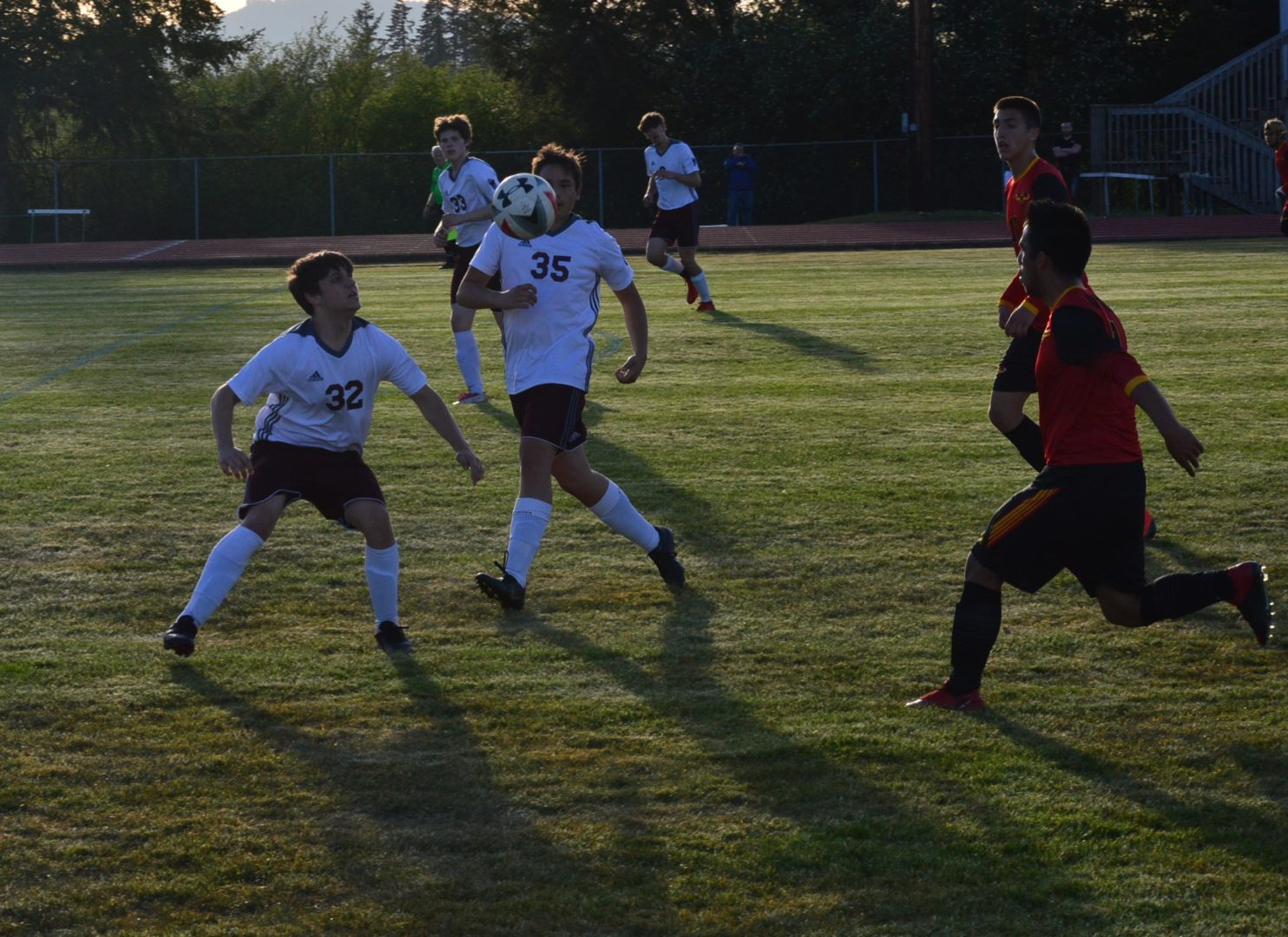 This is the opening round of the District 1A  Soccer Tournament. We have scores, links and re-caps below. Check back as the tournament marches on we will continue to update this story.

The Eagles came away with a big win over the Bruins to advance to the Semi-Finals on Wednesday against United. For the game report, Ryan Sparks has the story in The Daily World.

SC set the tone that they are for real and it will take a mighty effort to knock them out of the winner’s bracket. SC next plays Forks in a winner to state, loser to the consolation match.  The Columbian has a scoring re-cap.

Forks got a huge win in the opening round as they show being the Evco 1A Champ is no fluke. They can advance to state for the 1st time since 2008.  The Columbian has a scoring re-cap.

(Winlock, WA) Team United (Toledo & Winlock) came out on fire and spent most of the 1st half on the Montesano side of the field. United came in with a perfect 12-0 league mark and were undefeated for the season at 12-0-4. The Bulldogs started the Evco 1A league schedule strong running out to a 7-1 record. Then lost 3 of their last 4 to drop from 1st to 4th place with an 8-4 record and 8-8 overall.

It did not take long for United to jump on the Bulldogs in just the 4th minute Andreas Malunat finished off an Isaac Garibay corner kick plastering it into the back of the net for the 1-0 lead. Despite the constant attacks and badgering Monte keeper Max Urbanski had a spectacular 1st half denying any further damage time and again and United went to the break with just a 1-0 lead.

In the 2nd half the two teams picked up where they both left off with United again dominating the offense but again coming up short again. Monte did get a few runs and despite clealy on their heels they were 1-shot away from tying it all up. Finally United got that hard fought insurance goal in the 60th when Gustavo Barragan otherwise known as Gus the Bus took a pass from Thomas Etheridge and finished with the 2nd goal of the match and a 2-0 lead. United then iced the game when Barragan set up Garibay who knocked in the 3rd goal.

United now moves on to the semi-finals on Wednesday and will take on Elma in a winner to state, loser drops into the consolation bracket.