Raptors are a hit in Ridgefield 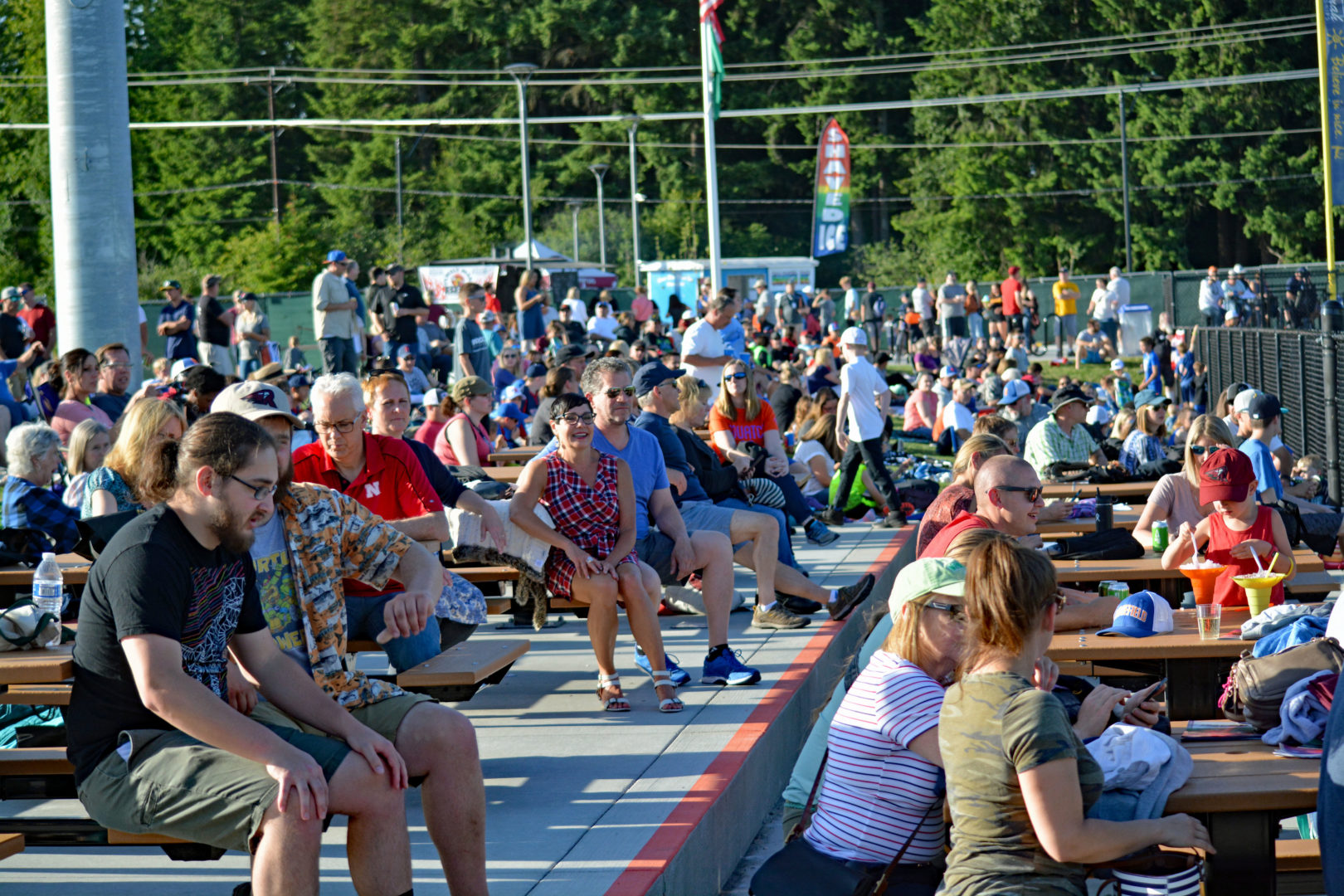 Named after the native birds soaring through the northwest, the Ridgefield Raptors are building a nest in Southwest Washington.

According to General Manager Gus Farah, the new West Coast League baseball team is averaging 1,250 fans a game at the Ridgefield Outdoor Recreation Complex this summer. Today, they embark on a 9-game homestand against the Victoria Harbor Cats, the Cowlitz Black Bears, the Highline Bears and the Portland Pickles.

Although the support makes the Raptors feel like they have been around for years, this is still just their first season. Farah said fans are following the team on road trips to Bend, Corvallis, Walla Walla and Victoria.

“This tells me that people are already developing a passion for this team,” Farah said. “We’re not going to rest on our laurels. We have a responsibility to our fans in Southwest Washington. This is something they have been craving for a long time. They deserve their own team and now they have one.”

The Raptors consist of 35 college level baseball players from all over the country. Many of them had never been to Ridgefield before this summer. Several are living with host families while playing the game they love and dreaming of the opportunity to play professional ball someday.

Right off the bat, Ridgefield got into the thick of things and posted a 15-15 record. The Raptors are in the same division as the reigning champion Corvallis Knights, who have won six titles in the WCL’s 14-year history.

Of course, Farah and his staff want to build a winning combination in Ridgefield. He said it’s not just about having the best players. Hospitality from host families, the crowd that shows up, the coaching and the day-to-day operations all add up to the overall product on the field.

“All of these (players) are going to go back to their college coaches and tell them about this experience,” Farah said. “They are going to tell a story about Ridgefield and Southwest Washington. Every step will add up and bring consistency on the field.”

Corvallis (22-7) captured the first of four playoff spots by leading the South Division at the halfway point. The Knights went on a 16-game winning streak, between June 22 and July 8. Victoria (19-11) earned the second playoff berth by leading the North Division after the first half.

The final playoff spots go to the two teams with the best record in the second half. Ridgefield is 2-1 since the midway point.

“It gives every team a season chance,” Farah said.

He added that the Raptors are here for the long haul. The team signed a 10-year lease with Ridgefield, with an option of extending it an additional 10 years.

Purchase tickets at ridgefieldraptors.com. Seats behind home plate are $17, picnic tables $13, bleachers above the dugouts $12, left field platform $11 and grass berm seating is $7.