Camas blocks, spikes and vollies for a cure 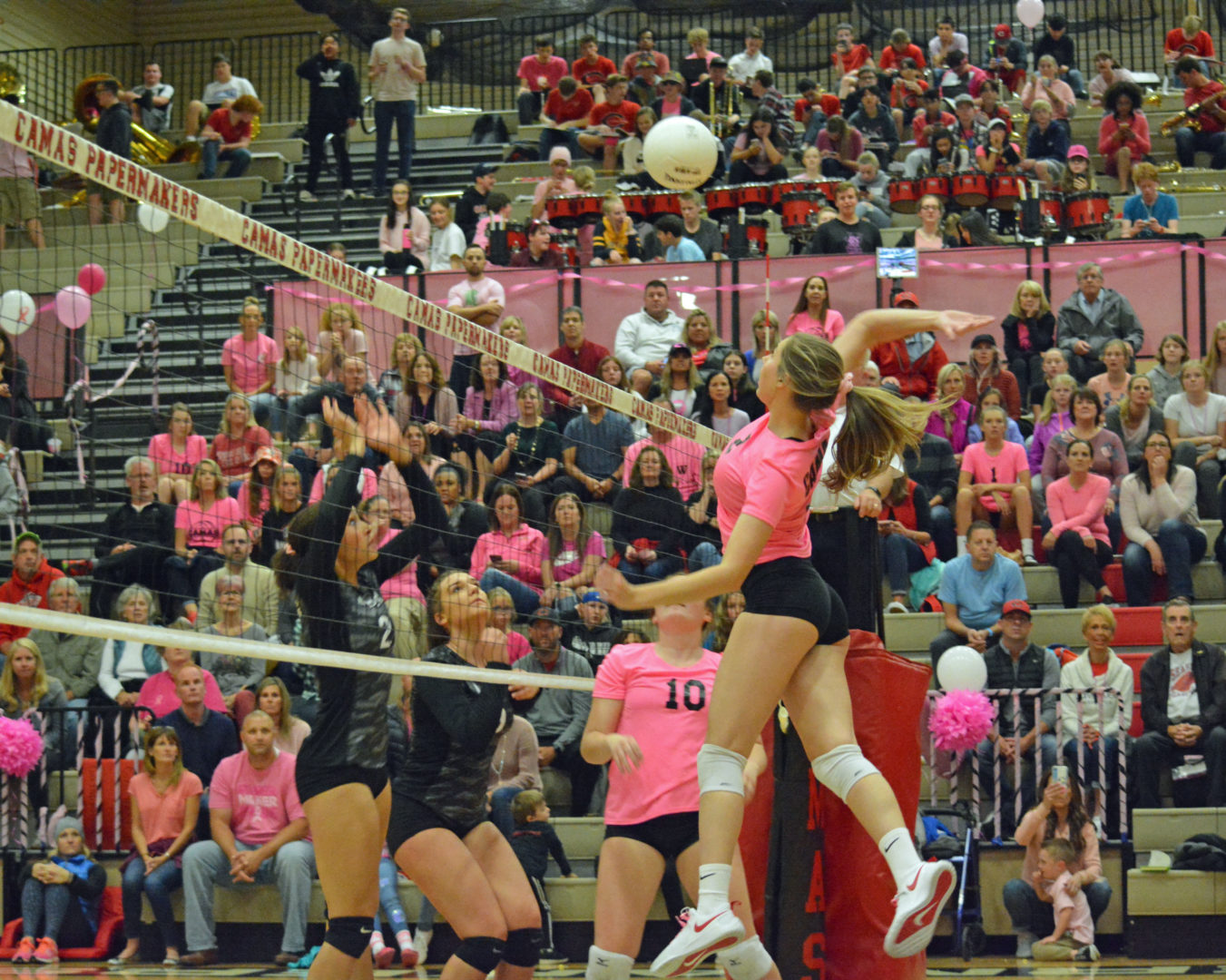 Story and photos by Dan Trujillo

The Camas High School volleyball team did it all for breast cancer victims and survivors and swept the Union Titans 25-20, 25-10, 25-13 in the Pink Papermaker Warehouse Thursday.

“Once we found our mojo, they couldn’t stop us,” Villaluz said.

Union kept fighting back in the first set after Camas thought it had established a comfortable lead. The Titans got as close as 21-20. Golb slammed the gavel down on the Union blockers at the net to secure a five-point victory.

“When Kate got that kill, it really hyped us up,” Villaluz recalled. “That was a really big momentum changer for us.”

The Papermakers hit the Titans like a tidal wave in the second set, winning by 15 points. By the time Union came up for air, Camas led 21-8 in the third set.

Villaluz racked up several kills and digs during these games. Her and Golb also doubled up on a stuff block at the net. During one final sequence, Villaluz showed no fear dashing toward the bleachers to keep the ball in play. This led to another point for the Papermakers.

“I felt pretty strong,” Villaluz said. “I had some errors, but in the end, I was able to look at my teammates and they were supporting me. It felt good to get some big swings in the second and third sets. That was a lot of fun.”

Camas is 6-1 after losing to Columbia River in the first match of the season. The Papermakers also placed second in the Kent Classic tournament. Camas beat Mt. Vernon, Ferndale, Lynden and Columbia River in pool play. The Papermakers defeated defending 2A state champion Ridgefield 26-24, 25-18 in the semifinals. Lake Stevens beat Camas 25-16, 25-19 in the championship match.

“We talk about small term goals. This win was one of our goals,” Villaluz said. “Our long term goals would be league champs, bi-district champs and then state champs. Just keep going up the ladder a little bit every day.” 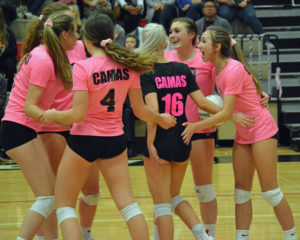