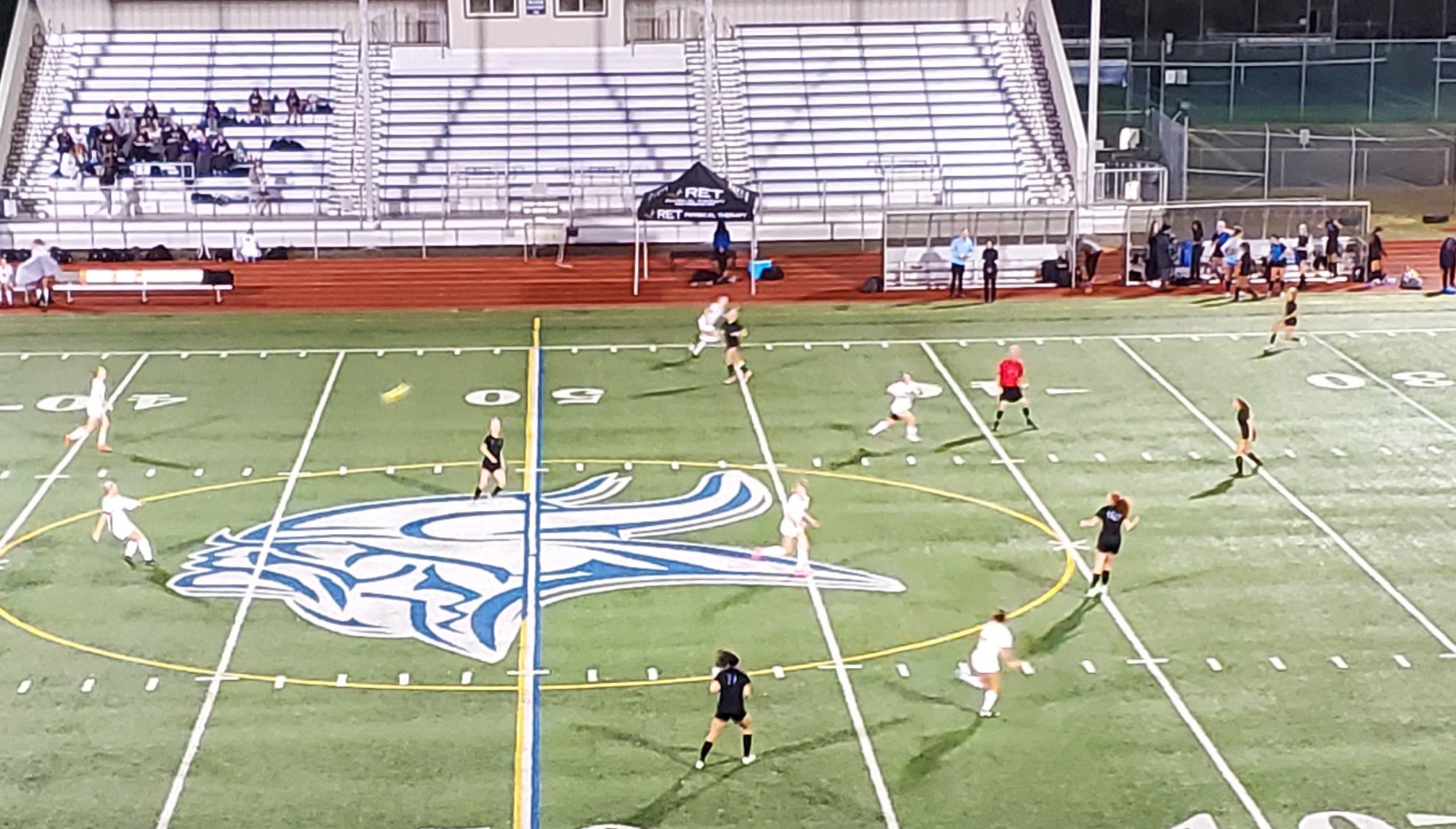 We had 2 games on the ESN Streams Tuesday night and our re-caps, post game shows and video highlights are all below.

The Curtis Vikings and Sumner Spartans came in with an early collision of SPSL 4A unbeatens and the Vikings came away with the win. Curtis got on the board in the 1st half and went to the break with the 1-0 lead off a Katie Riggins spectacular outside the 18 loft shot in the 18th minute with the assist going to Kennedy Maricle-Conroy. In the 2nd half the Vikings came out aggressive looking for that insurance goal and found it in the 43rd when Noelle Lordahl connected on a shot off a corner that ping-ponged around and it was a steep 2-0 lead for Curtis.

Sumner kept battling and just when it looked like time was running to thin for a 2 goal comeback the Spartans got on the board in the 65th minute when Julia Reitan connected with a shot from distance and buried it in the back of the net and now Sumner had 15 minutes left to find an equalizer.

Curtis bounced right back to getting aggressive and attacked and kept the Spartans at a distance denying them a real shot at tying it thanks to excellent backline and keeper play. Keeper Shaliyah Dupar was tough in goal for the Vikings and got some tremendous assistance from KV Miller and Jayden Jones on the defensive side. Miller had a hand in sealing the win with a monster clearing shot that Kaylee Bauml ran on to and caught up getting herself into a 1 on 1 with Sumner’s keeper Kaitlyn Gresham and was able to pop it past her for the 3rd and final goal of the night in stoppage time.

Sumner had great efforts from many including Taylor Mentink, Camryn Brown, Hannah Bacon and Payton Martinson. Curtis improved to 4-0 in league play while the Spartans suffered their 1st league loss and dropped to 3-1. The Vikings will travel to Bellarmine Prep on Thursday while Sumner heads to South Kitsap. Our visiting team MVP went to Payton Martinson for Sumner and our home team MVP was Curtis’s KV Miller.

One other milestone to pass on for Curtis Head Coach Frank Hankel it was his 100th win since taking over the Vikings program in 2011. During his run he has only missed the paly-offs 1 season and been to state 5 times getting to the quarterfinals twice.

The Seahawks of Peninsula rolled into Capital High School with a perfect 5-0 record and were ready to push that record to 6-0. Although Capital battled in the 1st set Peninsula was able to take a 23-20 lead over the home team Cougars. Sydney Bronson got to the serve line for Capital and fired off 4 straight points including an ace for the set win stunning the Seahawks as they saw their lead disintegrate before their eyes.

In set 2 the Seahawks found themselves in the same position up 23-20 but this time they did not go to sleep on their opponent and finished the set with a 25-20 win. After that they surged and and knocked Capital off balance routing them in the 3rd set 25-7 with Brynn Smith getting the set point and finishing the match with a 25-14 4th set win on a Kadence Stoddard block.

Capital falls to 2-8 while Peninsula is now 6-0 for the season. Peninsula will travel to 2nd place North Thurston on Thursday while Capital heads to Central Kitsap. Our visiting team MVP for the Seahawks went to Tommi Gallucci and home team MVP for the Cougs was Grace Williams.