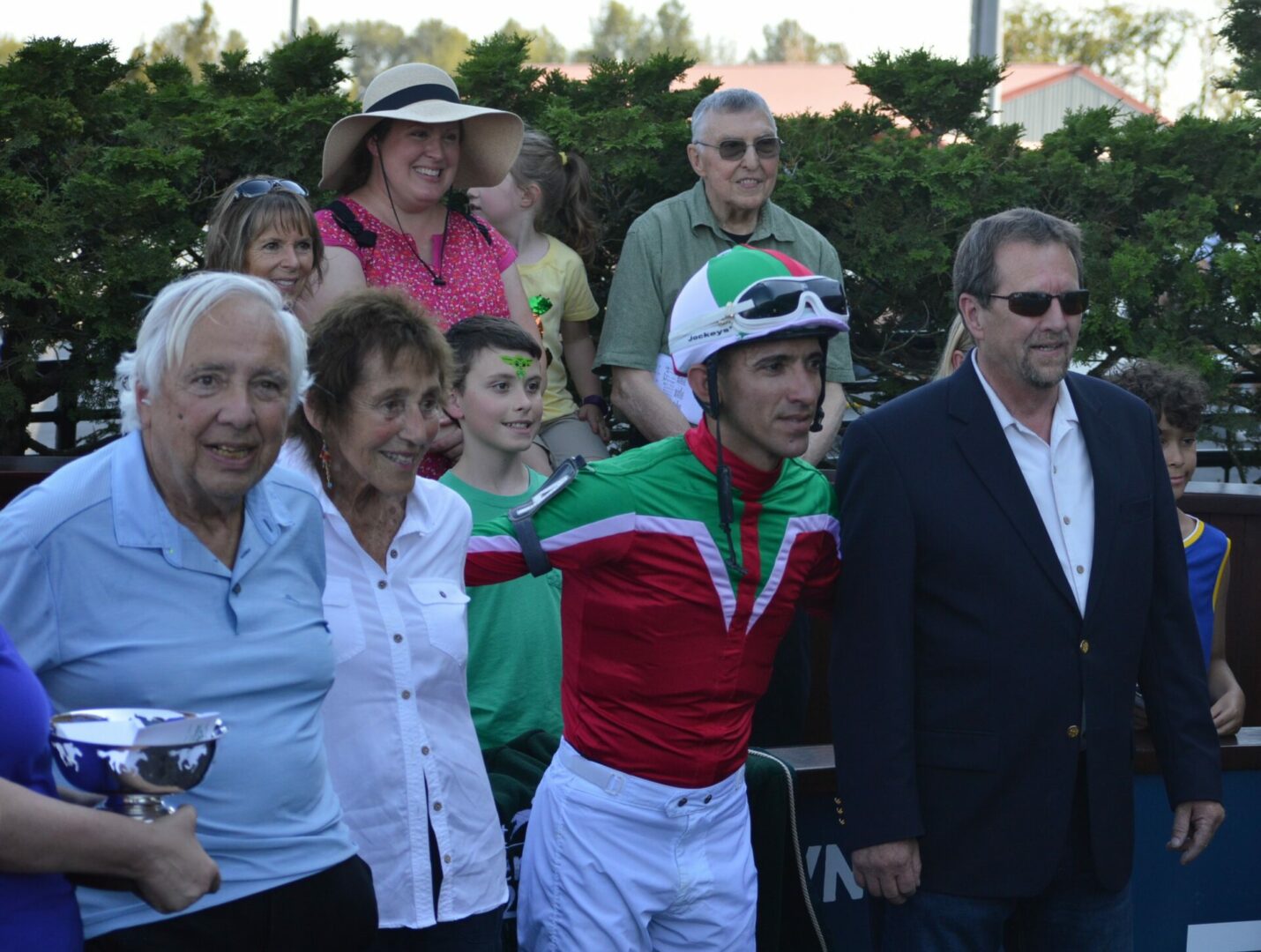 This week it shows that simple number of mounts is not what it only takes its what you do with the chances you are given and this week a new #1 making his 1st appearance fits that bill perfectly. Here is our 13th edition of the Emerald Jockey Power Rankings:

Eddie M only had 6 rides this last week and he made the most of each ride winning 2 placing once, showing twice and 4th place once. He also won the Barbara Shinpoch Stakes and finished 4th in the Lads Stakes. His win percent was 33%, top 3 finish 83% and 100% percent top 4. Martinez had his best week of the season but with 4 rides in Sunday’s Championship Stakes races, he looks to hold on to the #1 spot.

Alex Cruz dropped to #5 because he missed a day and although had a solid week others just did better. This week, Cruz remains underweight and still battling back from a nasty case of food poisoning. But he somehow rode 21 races and finished in the top 4 19 times. He had 4 wins for a 19% win rate, 18 trifecta finishes or a eye popping 86% and 90% in the top 4. Jumping 3 spots back to near the top is no surprise.

Kevin Radke did lead in wins this past week with 5 and hit a very solid 26% win percent but fell off a little this week with the under-finishes. Had just 1 place, 4 3rds and a 4th for a lower than usual 58% top 4 finish. Radke remains one of the most consistent riders this season just a minor slip this week.

Alex Anaya only had 7 rides and he won 2 had 3 places a show and a 4th. He would have been higher ranked but he did not ride on Friday and did not have a thoroughbred ride on Sunday. His 2 wins were on quarterhorses but his 4 thoroughbred rides were 3 2nds and a 4th. Alex had a 29% win clip, 86% top 3 finish and 100% superfecta finish. A great week for Alex.

Leslie Mawing dropped 1 spot but you could not ask for a more consistent week with 2 wins, 2 places, 2 shows and 2 4ths from 14 rides. He also won the Lads on 12-1 It’s Turbo which kept him barely in front of #6. Mawing has really turned it on since last June and has climbed to 4th in the overall standings.

Juan Gutierrez did score 4 wins but like Radke his under-finishes dropped off this week and his average win odds was 5-2. He was 4-2-2-3 for just a 42% top 3 finish and 58% superfecta showing. Guti could have been #5, certainly an argument there but kind of a flat week overall for Gutierrez. He’ll bounce back no question.

Jake Samuels keeps showing up since his return from a 22-month break from riding and he is drawing attention. Samuels had 12 rides and also finished 2-2-2-2 hitting a 17% win rate and 67% top 4 finish. His 2 wins though were on a 9-2 shot and a 16-1 bomb for a 10-1 average. Won’t surprise us if Jake keeps acsending towards the top of the rankings.

Jose Zunino came off maybe his best week ever 2 weeks ago to one of his least productive and fell all the way off the rankings. Zunino as we expected made a come back this week winning 1, place once, 1 show and 3 4ths from 8 rides. He hit 75% top 4 and quickly is back on the PR’s.

Kevin Orozco is hitting the dog days of summer and has had a couple of mediocre weeks in a row and this last week did not find the winners circle. He did finish 0-2-2-2 from 12 rides for a 50% in the top 4.

Sometimes number of rides do count a little as Clayan Millwood had just 1 ride but he did the absolute most with that chance with a win. That is certainly enough for him to hold on to a spot in the top 10.

Javier Matias drops off for the 1st time as he had just a 3rd and a 4th but only had 6 rides. Javier has 6 rides alone on Sunday including a mount in each of the 4 stakes races. Look for a return to the top 10 next week. James Wooten rode on Sunday and picked up 4 mounts all on the quarter horses. Wooten just missed a win but did hit the board on all 4 rides with 2 2nds, a 3rd and a 4th. There were several visiting jockeys riding the quarters and getting wins were Santiago Jimjinez and Guillermo Suarez while Cruz Contreras got a 2nd and a 3rd.

We will have a few extra riders this week as well with Evin Roman, Geo Franco and Declan Cannon all coming in to ride in the stakes races.