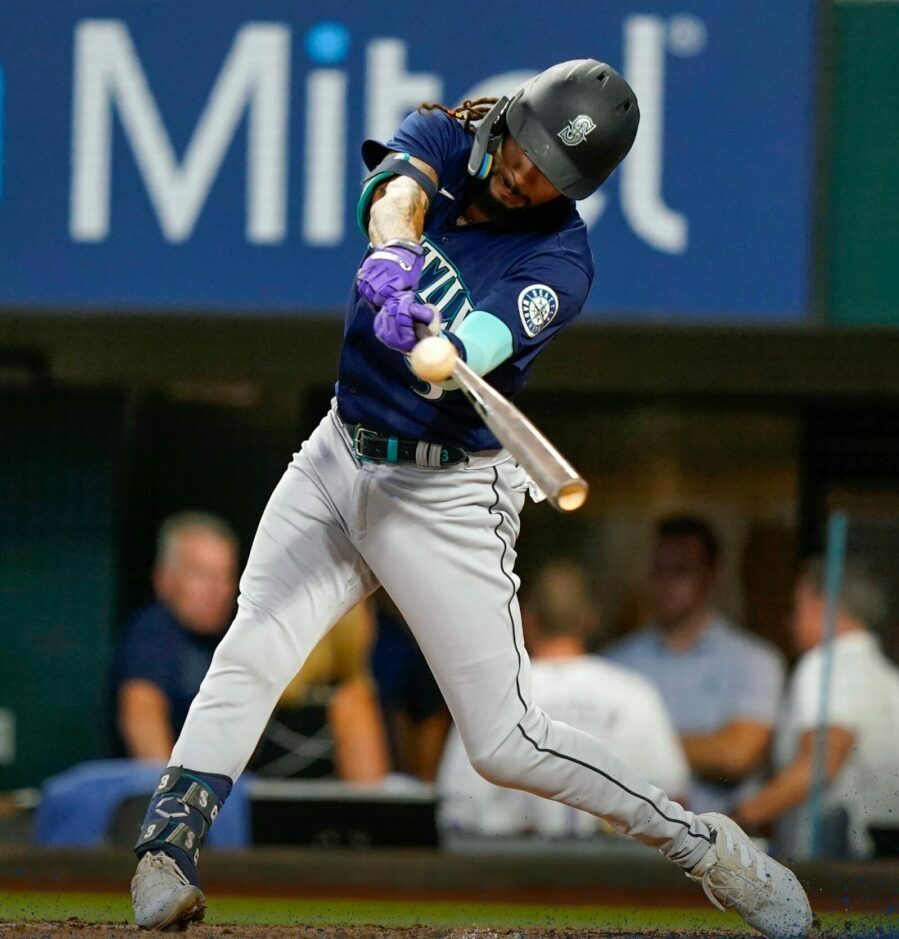 This was supposed to be the time of the season where the schedule got easier, and the Mariners could put their foot on the gas and pull away with a Wild Card spot. But they would head to Texas for the final time this season and would flop as they dropped the rubber game of the series in Arlington.

This one didn’t start out as well for the Mariners as game two did. It wasn’t supposed to either against the Rangers ace Martin Perez while the Mariners countered with Logan Gilbert. The two starting pitchers threw a combined 11 pitches in the 1st inning. Both lineups came out aggressive, but the defense was able to start well on both sides.

In the top of the 2nd, the Rangers defense stumbled. Eugenio Suarez would be on first after a walk with one out. J.P. Crawford hit a dribbler to third baseman Ezequiel Duran and the throw to first would go wide and bounce into right field. Suarez would try to score all the way from first, but right fielder Adolis Garcia, who has one of the best arms in baseball, would get to the ball quickly and gun down Suarez at the plate. That would look even worse as the next batter, Sam Haggerty, would shoot a grounder to left to score Crawford from second. With the out at the plate, the Mariners lost a run and would settle for a 1-0 lead.

Logan Gilbert struggled with his command, and it seemed like he struggled getting on the same page with new catcher Curt Casali. It would cost him in the bottom of the 4th. A leadoff double by Nathaniel Lowe and a walk to Meibrys Viloria had the lead in jeopardy. Another single by Brad Miller loaded the bases with one out. Bubba Thompson would continue his solid series with a base hit to left to score a couple of runs and put Texas ahead 2-1.

Again, the Mariners would answer quickly. Dylan Moore would leadoff the 5th with a walk and used his speed to steal second. That would be Moore’s 13th stolen base of the season. With two outs, Mitch Haniger would line one to left and Moore would score easily to even the score at 2-2.

The Rangers would strike back in the bottom of the 5th. With Corey Seager on third and Nathaniel Lowe on second with two outs, Logan Gilbert was in a good spot to get out of trouble. Gilbert would spike a pitch that would kick away from Casali to score Seager and put Texas back out in front 3-2.

It wouldn’t take long for Seattle to get that run back. A leadoff double by Crawford to start the 6th would put the tying run in scoring position. Haggerty would get a bunt down to move Crawford to third with one out. Casali would strikeout looking and then Dylan Moore drew a walk. That would have runners on the corners with two outs and Julio Rodriguez coming to the plate. J-Rod hit a grounder to Seager at shortstop, but because Julio is always busting down the line, Seager had to rush his throw and threw it wide which allowed Crawford to score to tie the game at 3-3.

The Mariners bullpen, which had been just red hot, couldn’t keep the Rangers off the board. A two out double by Corey Seager in the bottom of the 7th lit the spark for the Rangers. A wild pitch would move him to third and Adolis Garcia would drive him in with a knock to center to give the Rangers back the lead at 4-3. After a stolen base by Garcia, Nathaniel Lowe would hit a double off of Erik Swanson to make the score now 5-3.

It would be the Rangers bullpen that looked dominant. The combination of Josh Sborz and Jose Leclerc would throw three innings, allowed just one baserunner, and struck out six of the ten batters that they faced. The Mariners would just lack the energy and would drop the series as they fell 5-3.

Seattle (62-54) still holds the second Wild Card spot in the American League. Toronto would lose Sunday, while Tampa Bay would beat Baltimore on Sunday to keep the Mariners from losing any of their lead over the Orioles. The Mariners now head to Anaheim (51-64) to start a three-game set with the Angels on Monday. It will be another fantastic pitching matchup as Luis Castillo (5-4, 2.71 ERA) makes his first start with the Mariners against a team other than the Yankees as he takes on reigning MVP Shohei Ohtani (10-7, 2.68 ERA) for the Angels.

This weekend was just bleh. Even in the 6-2 win on Friday, the team just felt different than they did after an electric series with the Yankees. I feel like this will just be a little bit of a hangover which isn’t the end of the world thanks to Toronto losing their series with Cleveland and Tampa Bay and Baltimore beating up on each other. This didn’t feel as bad as the late season series last season where Jonah Heim walked off the Mariners twice. The circumstances give the Mariners a chance to bounce back without losing anything after falling off the horse. They need to take advantage of that opportunity against the Angels.