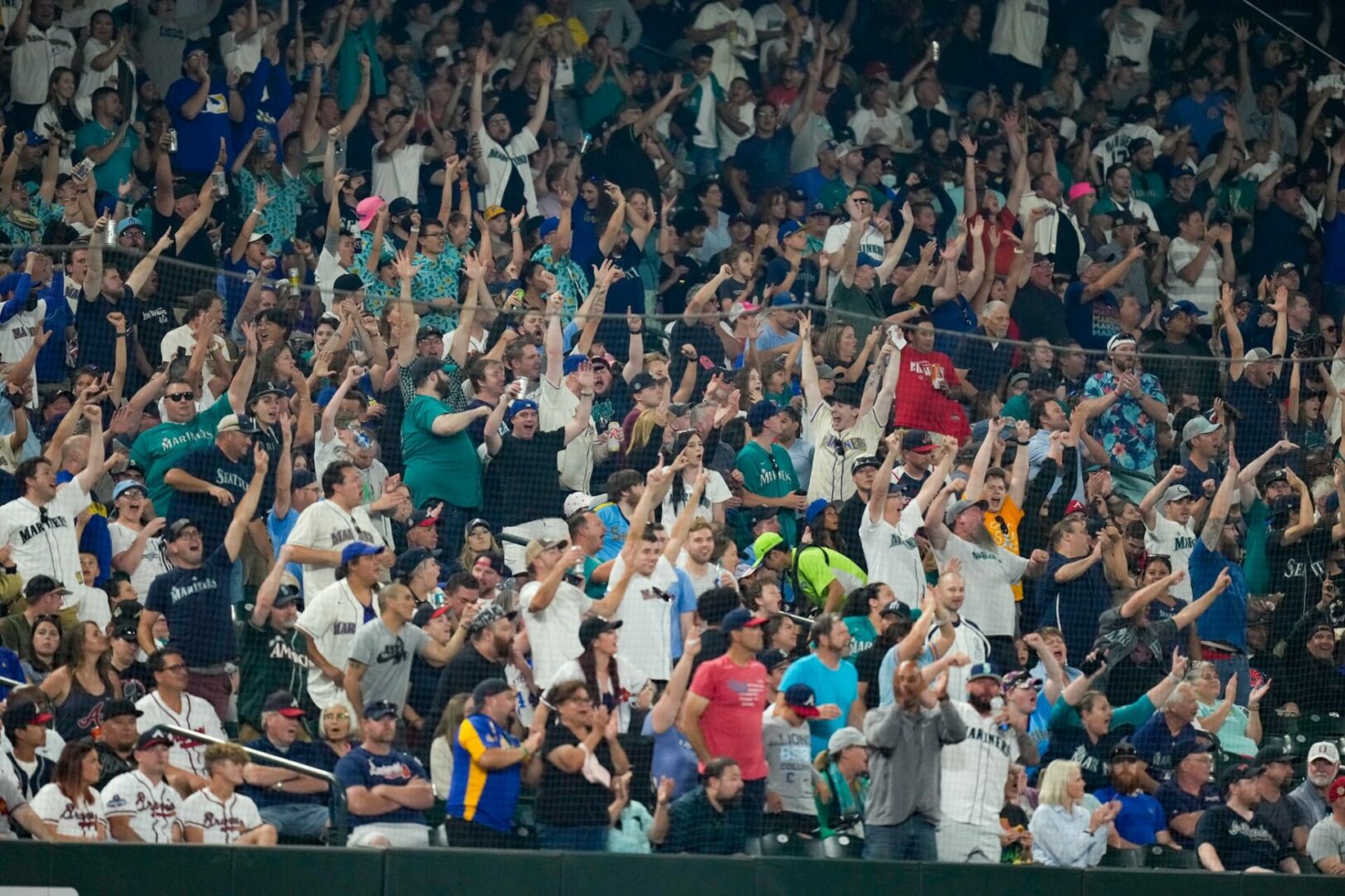 (Seattle, WA) Going up against a guy like Max Fried, you can’t expect it to be a high scoring affair. Fried has been absolutely dominant with an ERA under 3.00 this season. But this was an opportunity for George Kirby to prove that he can go out and win a game against one of the best pitchers in baseball. The Mariner rookie had a short outing in his last start due to a long rain delay. He would more than make up for those lost innings as he dominated the reigning World Series champions and earned the Mariners a 3-1 over Atlanta.

The Mariners would be the first team to put a threat together in the bottom of the 1st. Julio Rodriguez would hit a single to leadoff the inning to give the Mariners some speed on the basepath. With two outs, Eugenio Suarez would single to left to give the M’s runners on first and second with Carlos Santana coming to the plate. After a big performance in game one of the series, Santana would have his hands full with Max Fried. Fried would strikeout to Santana to end the Mariners early threat.

There would be almost no offense for either side until the bottom of the 5th. Left fielder Sam Haggerty had already made a juggling catch on defense to record an important out in the top of the 3rd. What Haggerty did to leadoff the bottom of the 5th would be even bigger as the utility man lined his fifth home run to left field to break the scoreless tie. The Mariners now had a 1-0 lead.

That lead would grow just one inning later. Max Fried was back on the right path with two quick outs in the bottom of the 6th. That would be until Eugenio Suarez launched a sinker in the middle of the plate to deep center field for his team high 28th home run of the season. The vibes were good as Seattle now had a 2-0 lead.

George Kirby’s day came to an end in the top of the 7th. Dansby Swanson singled to start the inning. It looked like the Mariners were going to have a routine double play when Austin Riley hit a grounder to J.P. Crawford at short. A bad hop would cause Crawford to commit an error and Swanson would move to third. Andres Muñoz would try to come in and save the Mariners from a bad situation. Matt Olson would groundout to Abraham Toro at second but the Mariners were only able to get Riley at second and a run came in to make it 2-1. Muñoz would tightrope out of danger by getting Travis d’Arnaud to groundout in front of home plate and a big strikeout of Michael Harris II. It was going to be another nail biter as Seattle carried a 2-1 lead to the bottom of the 7th.

George Kirby had his final stat line after Muñoz finished off the Braves in the 7th. It was arguably the best performance of the young starters career against one of the top favorites to win the World Series and one of the best pitchers in all of baseball. Kirby went six innings while allowing just three hits and one unearned run while not allowing a walk and striking out six.

Max Fried was also done after six innings of work and Jesse Chavez took over for Atlanta in the bottom of the 7th. With two quick outs, Adam Frazier would enter the game to pinch hit. Frazier would draw a walk to bring up Julio Rodriguez. With a full count, Frazier would be on the move from first and it would end up working out perfectly for Seattle. Rodriguez lined a base hit to right center. Frazier was able to score easily and Rodriguez was in at second with his 23rd double of his rookie campaign. More importantly, the Mariners had some breathing room leading 3-1.

Erik Swanson continued his dominant season with a 1-2-3 top of the 8th and left it all up to Paul Sewald in the top of the 9th. Sewald would get the top of the Atlanta order starting with Ronald Acuña Jr. Acuña Jr. would hit a weak grounder to Ty France at first for an easy out number one. Dansby Swanson didn’t give Sewald any trouble either as he went down on strikes for the second out. Sewald would finish the game off striking out Austin Riley swinging with a fastball to give the Mariners a big 3-1 victory.

While all the other Wild Card teams won on Friday when the Mariners (78-61) lost, both Tampa Bay and Baltimore would lose on Saturday as the Mariners earned the win. Toronto would also get a win so Seattle remains in the final AL Wild Card spot. The M’s sit just one game behind Tampa Bay and half of a game behind Toronto. Seattle is also five games ahead of Baltimore who is the closest team to taking the M’s playoff spot. Seattle and Atlanta will meet in the rubber game of the three-game series on Sunday at 1:10pm. Both teams will send veterans to the mound as Marco Gonzales (10-13, 3.98 ERA) gets the ball for the Mariners against a guy who has dominated Seattle this season in Jake Odorizzi (5-5, 3.90 ERA) for the Braves.

George Kirby. What else can you say about this kid. While Julio is getting the spotlight and will likely win Rookie of the Year in the American League, George Kirby should be in the conversation. He didn’t have the big publicity when he got called up to make his debut and that seems fitting. He just goes out there and does his job by throwing strikes. A strike thrower with swing and miss stuff can be a front-line starter for his entire career. Everyone remembers the big three pitchers the Mariners had in their farm system a decade ago in James Paxton, Taijuan Walker, and Danny Hultzen. This new Mariners trio looks like they will surpass what the previous three did in Seattle. Logan Gilbert and George Kirby have been that good and we haven’t even seen Emerson Hancock yet. This rotation will be very good for a very long time. Also, Sam Haggerty might be the coolest player in baseball.