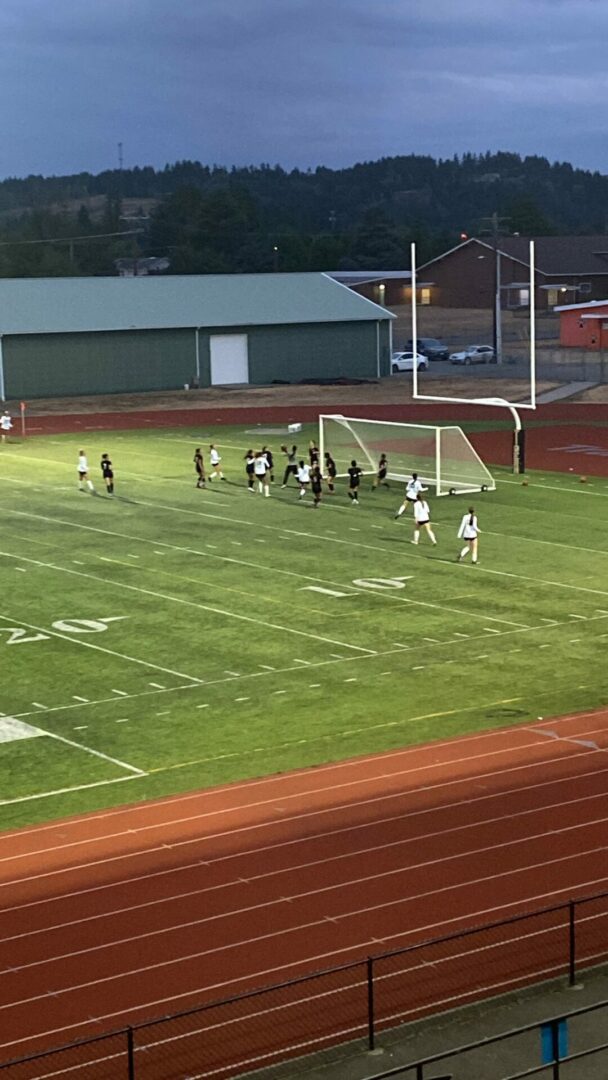 (Centralia, WA) It was a nonstop Tumwater attack on Tuesday as both the Thunderbirds and Centralia Tigers opened up EvCo 2A play. While the Tiger defense held up, Tumwater slowly broke down the defense on their way to a 6-0 victory.

Sophomore Lucy Bergford led the way for the Tumwater goal with a hat trick in the first half. She would score in the 14th, 24th, and 25th minutes. Those would be the only goals for Tumwater in the first half. They would add on in the 50th minute as Sophie Boatright found the back of the net to make it 4-0. Cierra Larson would add on two more goals to finish the scoring for Tumwater.

T-Bird keeper Sydney Woods had to survive a couple of very good first half shots by Olivia Gruginski. One would come off of a free kick and Woods would tap the ball up and off the crossbar for a great save. Tiger keeper Liliana Babka would record 12 saves in a fantastic effort to keep the Tigers in the game.

Our MVP of the match was Lucy Bergford with her hat trick and she would take over in the goal for most of the second half. Bergford would record a save in the final moments to preserve the shutout for Tumwater.

The T-Birds move to 2-0-1 and will continue EvCo play on Thursday as they host Black Hills in a match you can catch right here on ESN at 7pm. Centralia drops to 0-4 and look to find their first win of the season on Thursday when they visit Rochester.

Below you can watch our highlights and postgame show. Don’t forget if you want to watch the entire game you can watch it in the “On Demand” section on the NFHS Network.