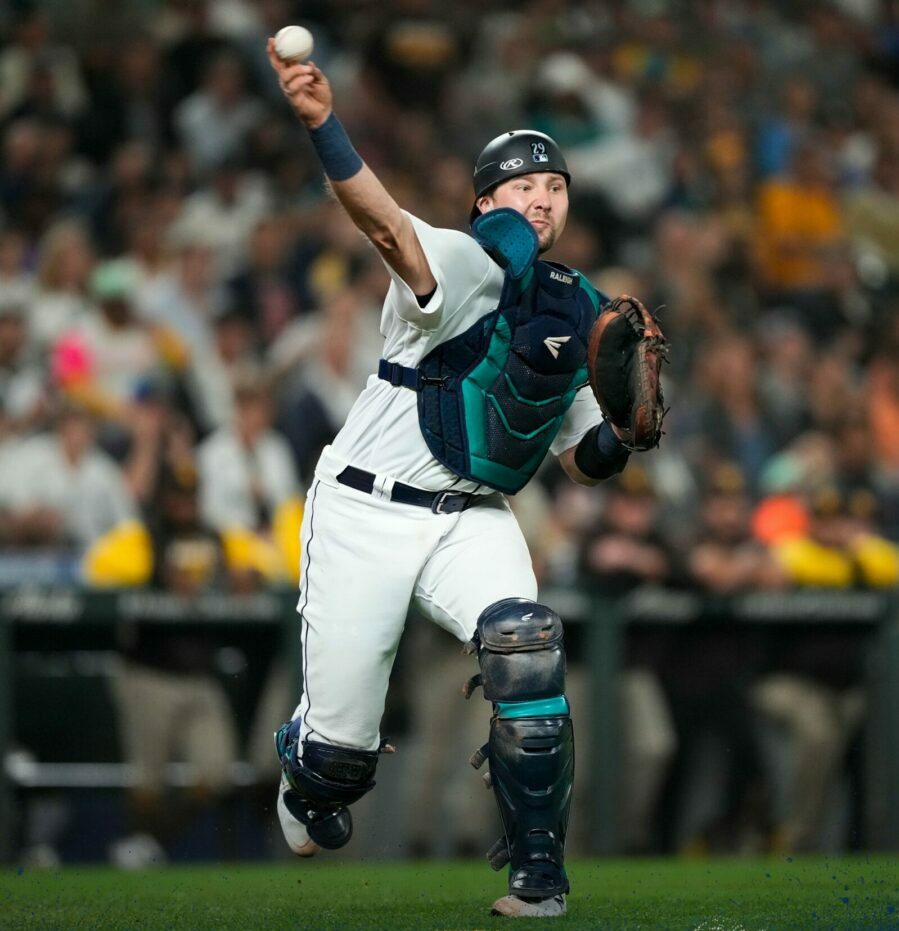 (Seattle, WA) After an emotional win on Sunday and a day off on Monday, the Mariners returned to the diamond Tuesday night with the San Diego Padres in town. There would be no easing back into competition as Yu Darvish took the hill and dominated the Mariners lineup as Seattle dropped the opener of the two-game set 2-0.

Neither team would be able to get a runner past first in the opening three innings. Not only was Yu Darvish dealing for the Padres, but Logan Gilbert was having a good night for the Mariners. Gilbert has been very good lately and he continued that string of success against a playoff caliber lineup.

In the top of the 4th, the Padres would get on the board. Jake Cronenworth singled with one out on a ground ball to short to give San Diego great speed on base. With two outs, Wil Myers lined one down the left field line for his second hit of the game. Cronenworth would round third and it looked like there would be a play at the plate. J.P. Crawford bobbled the relay throw and that would give San Diego the 1-0 lead.

Logan Gilbert had to work very hard in his outing and would finish the top of the 5th despite being in some trouble. With a couple of two out baserunners and Gilbert over 100 pitches, the second-year starter was given the greenlight to finish the inning. He would do just that by getting Josh Bell to hit a dribbler just in front of the plate and Cal Raleigh would throw him out to end the inning. Gilbert went five innings for the M’s while allowing four hits and one run with three walks and five strikeouts.

The M’s could not figure out Yu Darvish. Eugenio Suarez singled with two outs in the bottom of the first and the Mariners wouldn’t have another baserunner until a Ty France single to leadoff the top of the 7th. 16 straight Mariners were retired by the veteran starter as he finished eight strong innings. Darvish only allowed two hits with no runs or walks and seven strikeouts.

San Diego added on in the top of the 9th against the Mariner bullpen. Back-to-back one out singles by Austin Nola and Jurickson Profar had runners on the corners with Juan Soto coming to the plate. Paul Sewald would get the young star to groundout but a run would score to make it 2-0 Padres.

Struggling closer Josh Hader came on in the bottom of the 9th so it felt like the Mariners had a chance. Both Sam Haggerty and J.P. Crawford struck out to start the inning, but a Julio Rodriguez single kept the game alive. Ty France would have a long battle with Hader, fouling off a lot of good pitches by the San Diego closer. France would cut throw a changeup on the 10th pitch of the at bat to end the game and give the Padres a 2-0 win.

The Mariners (79-62) now sit in a tie with the Tampa Bay Rays for the second Wild Card spot. The Blue Jays and Rays split a doubleheader on Tuesday so the Blue Jays have the top spot ahead of Seattle and Tampa Bay by half of a game. Seattle still has a five-game lead over the Baltimore Orioles. The Mariners will play their final regular season game against a team with a winning record on Wednesday when they finish their two-game series with San Diego at 1:10pm. Luis Castillo (6-5, 2.81 ERA) will look to get the M’s back on track as he takes on Mike Clevinger (5-6, 4.13 ERA) in the final interleague game for the Mariners this season.

Instead of talking about the game, I am going to talk about the new rule changes coming into effect in 2023. There will be bigger bases which I think is a good idea with the number of collisions at first and first basemen being stepped on and injured. The pitch clock is going to make it a lot easier for runners to steal. Pitchers will be at a massive disadvantage since they are limited in how many times they can throw over to keep a runner close at first. Once they hit that number, the runner will know that there is no pickoff coming his way and can go on first movement. Lastly, the shift will be banned. The defense must have two infielders on each side of second base and they must have two feet on the dirt. I don’t like this at all. It is just making the game easier rather than making hitters adjust. You don’t see defenses banned in football because the offense can’t figure them out. These guys are world class athletes. Make them hit the ball the other way. The MLB just wants home runs hit and while home runs are exciting, they are limiting what teams can do. We won’t see new things because the front office just takes them away.