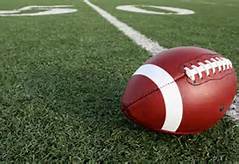 09-14-2022- The Clover Park Timberwolves (0-1) look to defeat longtime conference foe the White River Hornets (1-1) in  the 2A SPSL conference opener from Harry Lang Stadium in Lakewood on Thursday night.  Both teams are post-season hopefuls in in the SPSL, and feel this is a winnable and important game for their respective squads.

After a 3-6 season a year ago, Clover Park is 0-1 in 2022 after a hard-fought loss to Lindbergh in the season opener two weeks ago, where the Timberwolves showed a lot of promise on both sides of the ball. The Timberwolves forced 3 interceptions in the loss,  2 by Jaeden Daniels and 1 by his cousin Zakai Abdullah. Both of those players can make an impact onboth offense and defense, with Abdullah being one of the fastest athletes in 2A (7th in 100 M at 2A state track as sophomore)

The Timberwolves have other playmakers as well in receiver Marc Semuda who has a touchdown this season, WR-LB Isaac Lavelle and Deshaun Castro and Tyger Willingham who are the primary ball carriers for CP. Veteran Sione Pe`a will be the signal caller and Kevin Parker could get snaps at QB as well. Senior Richard Iaulualo is a team captain that starts both ways as tight end and linebacker and plays an important leadership role for the Timberwolves.

Clover Park had their week 2 game last Saturday against Life Christian Academy postponed, and now face White River that went 4-6 in 2022 and 3-4 in SPSL. White River The Hornets are 1-1 to start the season after a 21-20 OT victory over 3A Capital in week 1, then a 34-7 loss last week against Shelton.

The Hornets are led by Jacob Rennaker, who was the top tight-end in the SPSL  a year ago as the lone 1st team SPSL selection for White River as a Sophomore. Now as a Junior, he takes over as QB after Cole Cashman graduated and is a QB for Sterling College in Kansas.

Through 2 games, Rennaker has thrown 2 touchdowns and 2 interceptions, completing 14-29 passes for 160 yards. He is also their leading rusher with a touchdown on 25 carries, 51 yard. Tyce Donovan and Kouri Lewis are the top receiving threats, with Donovan having the only receiving TD for the team and Lewis is 2nd on team in receptions with 3. On defense, Chase Campbell leads the Hornets in tackles from his middle linebacker position.

Head Coaches: Jason Nikolao is in his 3rd season as Head Coach at Clover Park, after he replaced longtime Head Coach Jonathan “Taz” Randle. “Taz” was HC for 17 seasons. Nikolao is a Clover Park alum, class of 1997 and starred at the University of Oregon as a defensive lineman.The Head Coach of White River is Kenny Pirone, who began as an assistant in 2011 for the Hornets, and is in his 4th season as head coach.

You can watch this entire game live on the NFHS Network and on-demand. Subscriptions are $11.99 per month and gives you access to the entire NFHS Network all across the country to watch the live broadcasts or any on-demand games. Literally hundreds of thousands of hours of game content. Go to https://www.nfhsnetwork.com/affiliates/eli-sports-network to sign-up if you don’t have a subscription or to find the on-demand replay of this game.

Kickoff is at 7 pm, 6:45 pregame show with Alex Benzegala and Matt King.