Rengif-Oh No: Mariners Offense Stuck in Mud in Anaheim 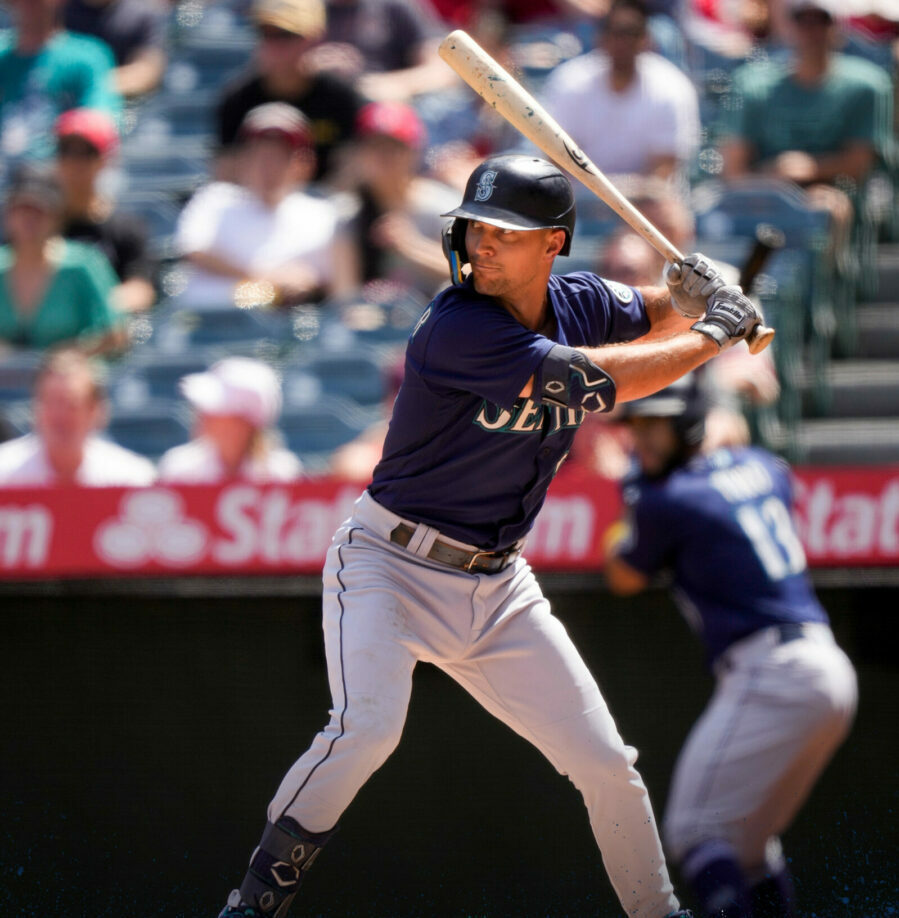 An avalanche of bad news and bad baseball has left a bad taste in the mouths of Mariners players, coaches, and fans over the weekend. After dropping the first two games of the four-game series with the Los Angeles Angels, Seattle tried to correct the ship and give Seattle some positivity for their Sunday. Alas, it was not meant to be as the bats continued to be in a funk and Luis Rengifo continue to mash the Mariners pitching as the Angels pulled away to a 5-1 win.

Marco Gonzales was off to a solid start once again for the Mariners against everyone not named Luis Rengifo. The Angels utility man had already homered five times against the Mariners this season and he would crush them once again. Leading off the bottom of the 1st, Rengifo would give the Angels an immediate lead as he launched his 14th home run of the season to make it 1-0 Angels.

It wouldn’t take long for the M’s to counter. In the top of the 2nd with two outs, Dylan Moore in his first at bat since returning from the IL would just miss a home run to left field and would settle for his ninth double of the season on a ground-rule double. Adam Frazier would then step up and flip a base hit to left to score Dylan Moore from second and even the score at 1-1. Abraham Toro kept the inning going with another base hit to left and a wild pitch gave the Mariners runners on second and third with two away. They would not be able to cash in on the scoring opportunity as Curt Casali would pop up to second to end the inning.

In the bottom of the 3rd, Rengifo would strike once again. Livan Soto recorded his first major league hit to lead off the inning, but it would be Rengifo dealing the real damage. He would record his second home run of the game with a two-run shot to center for his 15th long ball of the season and seventh against the Mariners in 2022. The Angles were back out in front at 3-1.

In the top of the 6th, the Mariners would put together a threat. A one-out double by Carlos Santana started things out and he would get to third after a sacrifice fly by Sam Haggerty. Dylan Moore would draw a walk to put the tying run on with two outs. Adam Frazier would hit a fly ball to left but Jo Adell was able to put it away and take the air out of the tires for Seattle.

The score remained 3-1 headed into the bottom of the 7th. Former Mariner Mike Ford led off with a single off of Marco Gonzales and with one out more damage would be dealt. After recording his first major league hit earlier in the game, Livan Soto recorded his first major league home run with a two-run shot to right field to end Marco’s outing and make it 5-1 Angels. Gonzales final line was 6.1 innings with seven hits allowed and five runs given up with two walks and four strikeouts.

Chris Flexen finished off the 7th and 8th for the Mariners to keep the score 5-1 going into the 9th. It would be another quiet inning for the Mariners against Jose Quijada. Adam Frazier struck out, Abraham Toro would ground out to second, and Cal Raleigh would strikeout to end the game and give the Angels another win 5-1.

A disastrous weekend for the Mariners on the field led to bad things happening in the Wild Card standings. Seattle (80-65) holds the last Wild Card spot just four games ahead of the Baltimore Orioles. Tampa Bay has a 1.5 game advantage over the Mariners and the Blue Jays sit in the top Wild Card spot two games ahead of Seattle. The M’s will try to avoid the four-game sweep against the Angels on Monday at 1:07pm. Logan Gilbert (12-6, 3.19 ERA) will try to keep his hot streak going against Jose Suarez (6-7, 3.84 ERA) of the Angels.

I am not having fun anymore. It was a miserable weekend. The injuries really took the wind out of the sails but all is not lost. Seattle gets to play Oakland and Kansas City which could completely erase this woeful weekend. The pitching is still helping give the offense a shot to win. Haniger coming back will help out a lot but the bottom of the order is thin right now. We all need to hope Julio can return for the Oakland series and that Cal Raleigh isn’t far behind. I still think this team gets to the playoffs, but I would be lying if I said that I wasn’t a tiny bit worried.