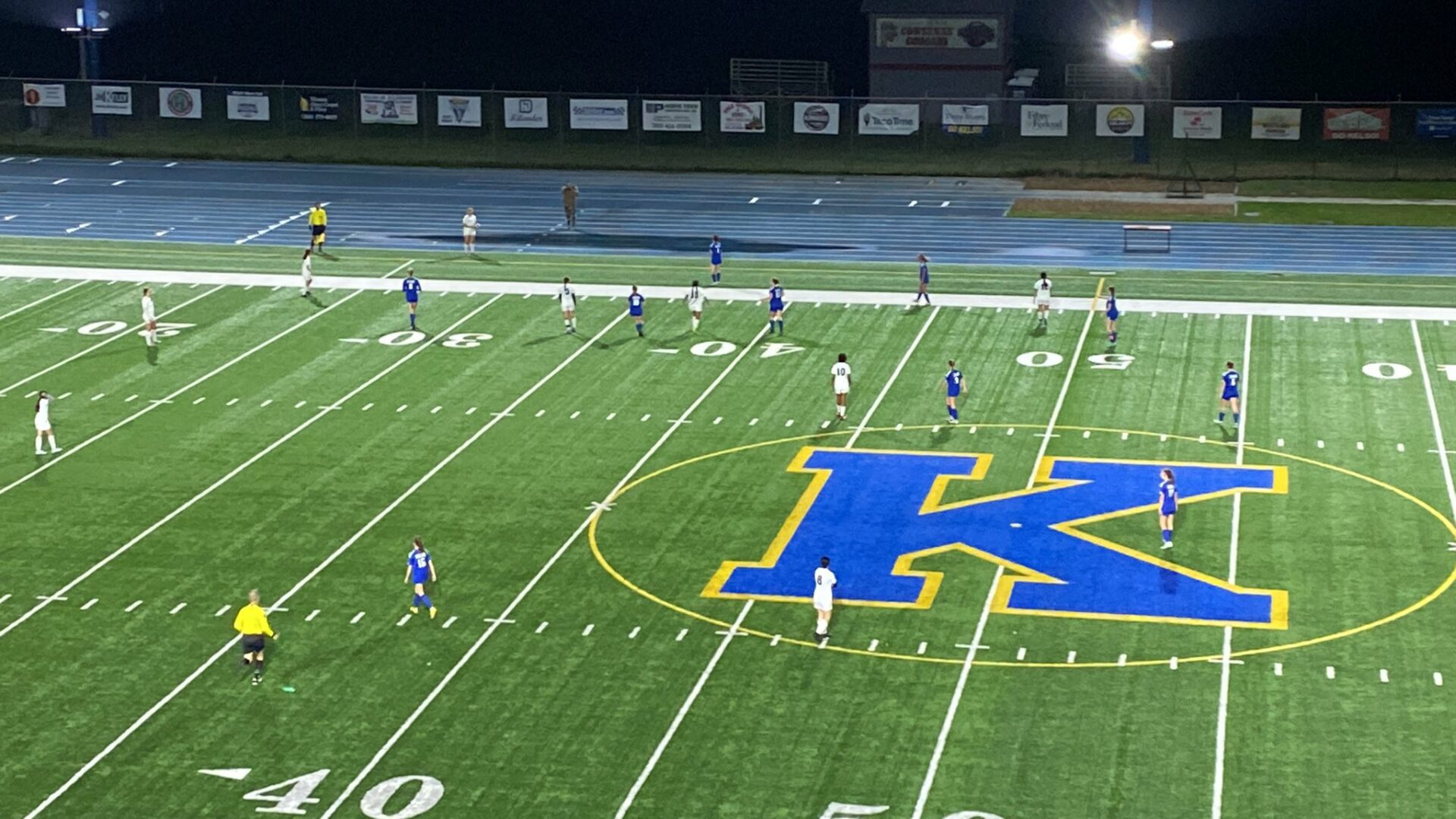 (Kelso, WA) The Kelso Hilanders celebrated Senior Night at Schroeder Field on Wednesday night in their regular season finale hosting the Evergreen Plainsmen. For Kelso, the match was all about momentum and knocking some rust off as the Hilanders came into the match locked into districts as the #2 seed out of the GSHL 3A league. For Evergreen, it was an extremely important match as they needed to knock off Kelso to have a chance at the play-in game against Bainbridge to get into the tournament. Even though Kelso had not played since the 17th, there were no signs of rust as they started fast in route to a 6-1 victory on their home turf.

It was a fast start for the home team as Kelso sprinted out to a very early lead. In just the 3rd minute, Ellie Freund crossed a beautiful pass inside the 18 and Skylar Ross would head it off the bounce into the back of the net to put the Hilanders up 1-0.

After that opening goal, Evergreen controlled the possession and started pressuring the Kelso defense. Adrianne Agbayani pelted shots at senior keeper Tara Liebe but the Kelso goalie had no problem stopping every shot that came her way. The defense started getting a little more aggressive for Kelso and then a couple substitutions lit a spark under the Hilanders. Ellie Moore and McKenzie Milligan entered and under 20 seconds after checking in, Moore crossed one to Milligan and the shot just went wide. However, in the 20th minute, Milligan fired a perfectly placed shot from just outside of the 18 to extend the Kelso lead to 2-0. It would be a quiet final 20 minutes and we would go to halftime with the score still 2-0.

The second half saw goals scored in bunches. In the 45th minute, Avery Ness would have a picture perfect pass to lead Skylar Ross and Ross would do the rest. She took a shot and it hit the far post but ricocheted in for her brace to make it 3-0 Kelso. Minutes later, Avery Ness would get her own goal on a tough angle that floated over the keeper to make it 4-0 Hilanders.

Both teams would find goals in the final ten minutes. In the 70th minute, Ellie Moore used her speed to just beat everyone else to the ball on a fast break and turned it into a goal to make it 5-0 Kelso. Evergreen got on the board in the 72nd minute when Christian Nguyen put one in the back of the net making it 5-1. Less than a minute later, Kelso got their final goal when Audrey Webberley made it 6-1 and gave Kelso the victory by that same score.

Our MVP of the match would be Skylar Ross who had a brace on her senior night and was the centerpiece of the offense. Every time Kelso wanted to get the offense going, they went to Ross’ side to try to get some opportunities. The approach was consistent and she even shook off an injury to get back in the match and end her Senior Night on her terms.

With the loss, Evergreen finishes their season with a record of 5-9-1 and a league record of 3-4. The Plainsmen graduate three seniors from their squad this season.

Kelso ends the regular season with a record of 6-5-2 and a league record of 3-1-1. The Hilanders finish 2nd in the GSHL 3A and will enter the District 3/4 3A tournament as the #9 seed. A list of the first round matchups can be seen below with the final standings of all three leagues included.

Evergreen gets on the board