4A Football: Chiawana Rolls Past Week 10 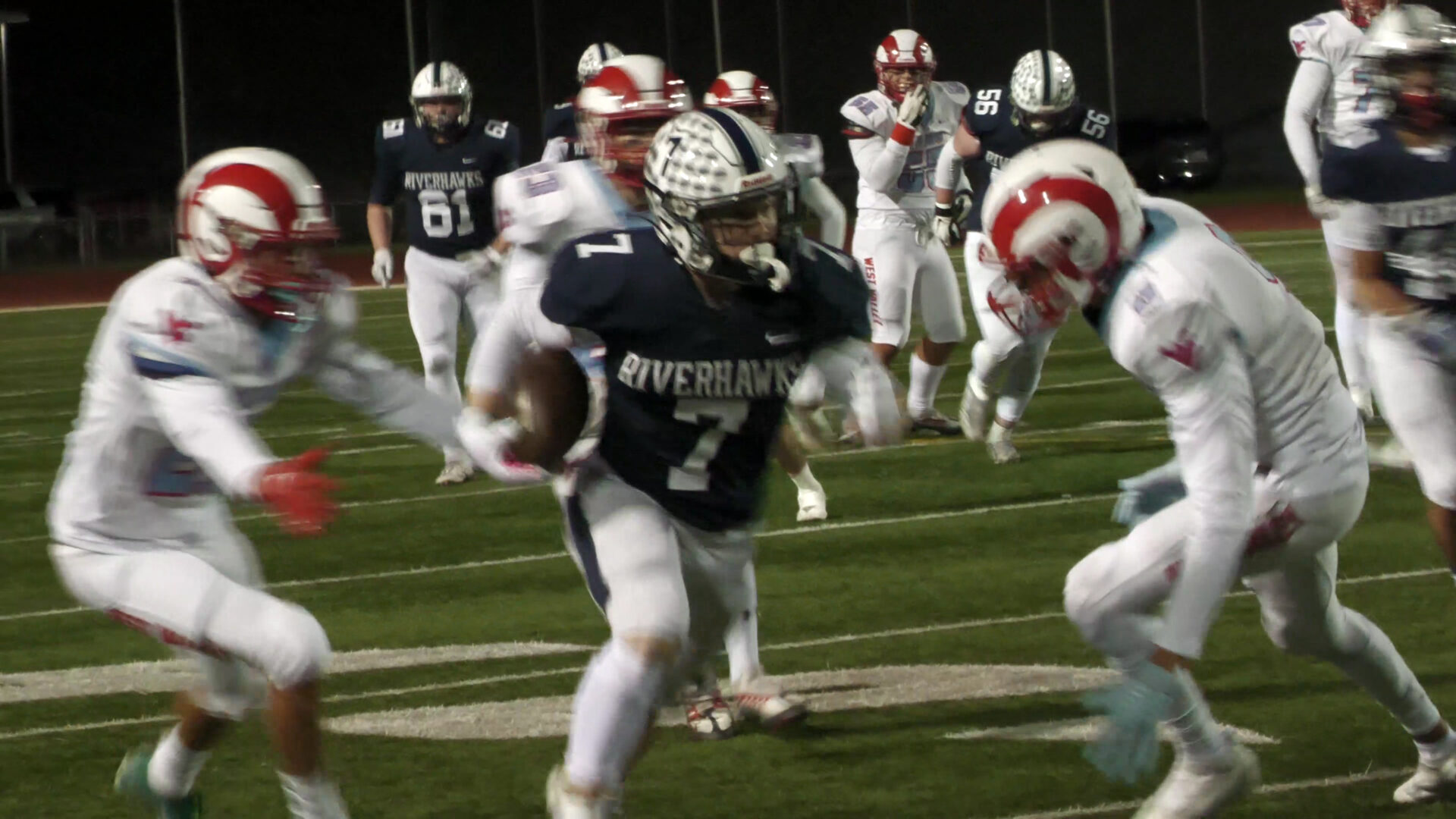 PASCO, WA — The Chiawana Riverhawks beat out West Valley 42-0 to secure a spot in the 4A state tournament that starts next week. The win moves their record to 9-0.

“You’re guaranteed one game,” said Chiawana Head Coach Scott Bond. “If you win, you’re guaranteed one more. That’s what I told them afterwards.”
The Riverhawks found themselves up 14-0 at half with back to back touchdowns by senior Hunter Azure-Pryce. The first, a short pass from junior quarterback DJ Duran and taken 45 yards for the score; the second an 11 yard toss from Duran.
“We worked really hard to get here,” said Azure-Pryce. “Everyone played great. Defensively it was a shutout, but still have plenty to improve on heading into state playoffs.”
Wind came into play with southwest winds 35 to 45 and gusts up to 65 MPH according to the National Weather Service.
“The wind was an issue on things we wanted to take advantage of,” admitted Bond,” but it was an issue for them too. Once we got our run game going, things started to pick up.”
Chiawana had possession more than twice the time as the Rams in the first half and used that momentum to carry into the second half.
The Riverhawks defense kept the Rams quiet and that started off the opening kickoff in the second half where the defense caused a turnover on West Valleys first series. Senior runningback Ian Mohl bullied it in from one yard out to make it 21-0 after three quarters. Five players put up points; six if you include junior kicker Aaron Lowry who went 6/6 in PATs.
“We got so many great playmakers,” said Azure-Pryce. “Any given night, one of us can have a great game, and whoever that is, we feed them the ball.”
CLICK HERE to read the rest of the article.