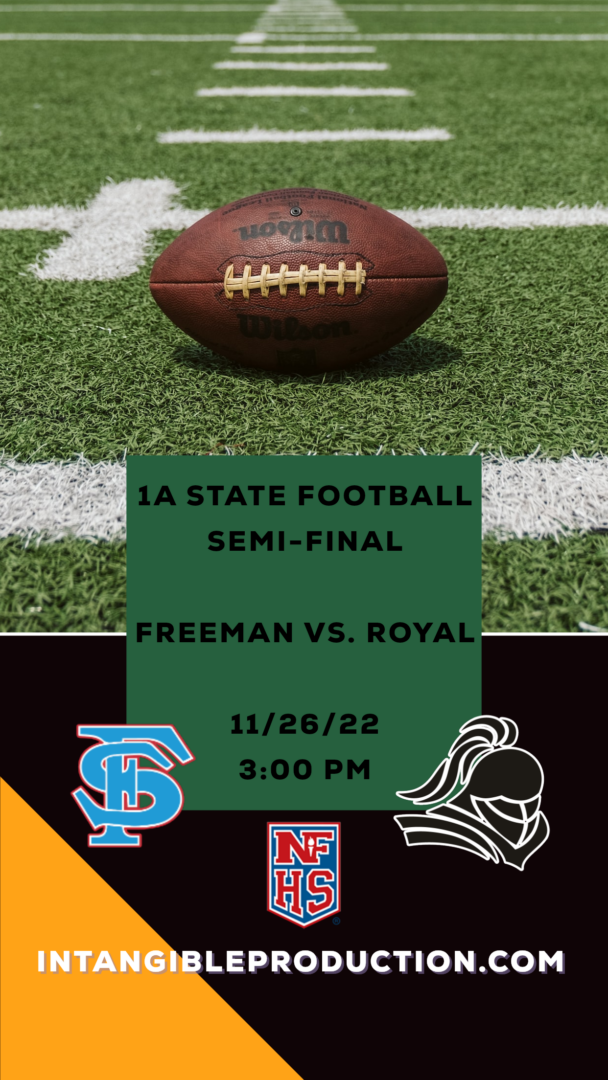 Washington State Football semi-finals are happening this weekend around the state. In 1A, defending state champions Royal looks to continue their reign with Freeman standing in their way. The Knights have won five of the past six state titles in their dynasty and on paper, have the #1 seed.

“Yeah, on paper,” said Royal Head Coach Wiley Allred. “We like where we’re at, but obviously the four best teams are left.”

The Scotties, though, have been underestimated as they found a way to win against two Top 5 teams to make it into the semi-final. While it’s listed as a home game for the Knights, Moses Lake will be the location as a neutral site.

How to Watch: NFHS

The Knights are coming off a 41-9 over Montesano in the quarterfinals.

Despite being the team with the target on their back, Royal dropped a 21-14 decision to Lynden Christian in September. While some teams see losing a good learning opportunity, Allred says that the lesson didn’t come from the result.

“We haven’t experienced losing and don’t think it’s a requirement for winning state championships,” said Allred, “so I’m different than most. Regardless if we won or loss that game, it did help our team. We did made some adjustments and moved our kids around. It was so early in the year that no tears were shed. We were grateful for the competition.”

Through 11 games, the #1 seed have allowed just above five points per game while putting up over 41 on average. Besides the Knights one loss, Royal hasn’t allowed any team more than nine points.

Hernandez has 942 yards and 19 touchdowns in the ground game

Jenks plays a big role in the physicality in the trenches and can cause troubles for other teams in the pass rush with 2 sacks and 6 tackles for losses (35 total tackles).

Delarosa has 730 yards and 13 TD through the air — He remains a consistent target in the pass game.

Freeman had to drop #5 King’s (First Round) and #4 Eatonville in the quarterfinals 23-17 to reach this point. The Scotties have a chip on their shoulder and won’t go down without a fight.

Despite dropping 2 games early in the season (September), Freeman has been on the rise ever since.

A triple threat quarterback, Phelps has the ability to change the course of a game and will prove to be the focus of the Knight’s defense preparations.

Delcour leads the receiving corps with 32 catches for 574 yards and 5 touchdowns.

Gilbert is second to Delcour in receiving yards (432 yards, 3 TD), but holds down the secondary on defense. The junior has 9 interceptions this season.

The winner between Royal and Freeman will play the winner between #3 Nooksack Valley and #10 Mount Baker in the 1A State Championship game on December 3rd. Kickoff is set for noon at Harry Lang Stadium in Lakewood.