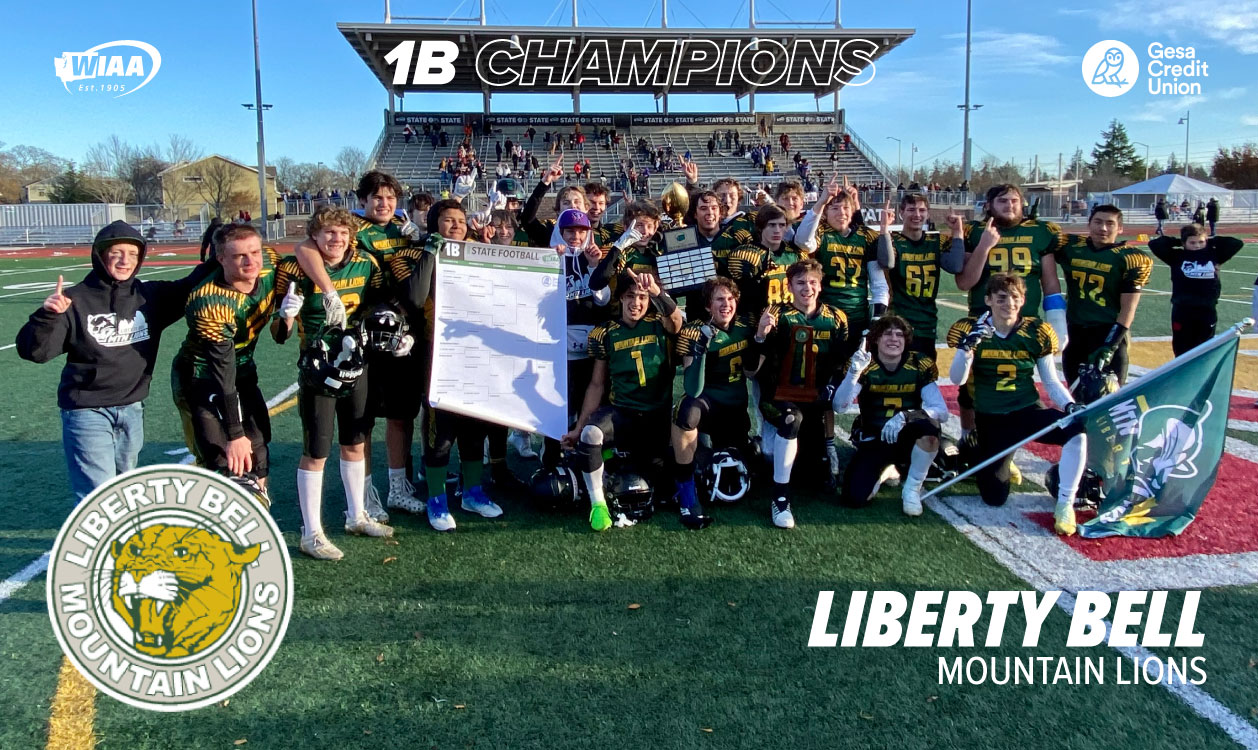 While Neah Bay has had a history of success in the past decade, the Red Devils came into 2022 looking for their first state win since they took home the 1B title in 2016. Liberty Bell had gotten their first state playoff win in school history just last year in their first state appearance at the 1B level. Now, they sat just one step away from taking home that elusive title.

Neah Bay came into the game at 10-0 and as the #2 seed in the 1B state tournament. Neah Bay got the first round bye in state and had used impressive defense in the quarterfinals and semifinals. In the quarterfinals, the Red Devils knocked off #7 Wellpinit 66-14 and kept things rolling in their semifinal win over #3 Liberty Christian 82-24.

Liberty Bell entered their first state championship with a record of 10-1 as the #5 seed in the tournament. The Mountain Lions got an opening round victory over #12 Muckleshoot Tribal 62-0 before pulling off an upset over #4 Mossyrock 54-20. Then, Liberty Bell avenged their lone loss of the season by taking out #1 Odessa 70-24 in the semifinals to get to the title game.

Eight-man football is known for being very fast paced and very high scoring. However, the defenses took center stage in the opening half at George Nordi Field at Mount Tahoma Stadium. Jodell Wimberly got going on the ground early for Neah Bay, but a couple of big plays by Liberty Bell’s Fischer Edwards put a halt to the Neah Bay rushing attack. It looked like the Mountain Lions would get on the board first, but an interception by Makyah Chambers sent the game to the 2nd quarter still scoreless. 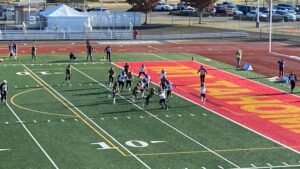 Things would change in the 2nd quarter. Sophomore Lucien Paz got the edge for a short two-yard touchdown run to give Liberty Bell the first points of the game and a 6-0 lead. That would light a spark for Neah Bay however as Wimberly and Julian Carrick marched the team down the field with an overwhelming rushing attack. With 33 seconds left in the half, Carrick would score on a one-yard QB sneak to even the game up at 6-6. Each side would throw an interception to end the half and keep the game tied up.

The 2nd half began with absolute chaos from both teams. Neah Bay got the ball to begin the half and would fumble and turn it over on the second play from scrimmage. The very next play, Liberty Bell gave it right back with an incredible interception by Neil Bowechop to give the Red Devils the ball right back. On the very next play, it was another forced fumble and recovery by Liberty Bell’s Remi Paz to give the Mountain Lions the ball again. After three turnovers on three plays, Liberty Bell would settle in and Remi Paz would punch in a three-yard touchdown to give Liberty Bell the 14-6 lead.

It looked as if once again Neah Bay would have an answer to the Liberty Bell score. Jodell Wimberly, Julian Carrick, and Adan Ellis moved Neah Bay right down the field but the Red Devils were facing a 4th and 11 at the Liberty Bell 18-yard line. Remi Paz would make yet another play as he picked off the pass and was off to the races. After sprinting 93 yards for a pick six, Paz and Liberty Bell had seized the momentum and a 20-6 lead.

It wasn’t over yet as later in the 3rd quarter, Neah Bay put the turnover behind them and Carrick had the offense marching yet again. It looked like Adan Ellis had an easy touchdown but the pass was dropped. It wouldn’t have take long for Ellis to get some redemption as the sophomore made a terrific one-handed catch on the very next play for a 14-yard touchdown. Just like that it was a one possession as Neah Bay cut their deficit to 20-12.

After that however Liberty Bell went on an absolute tear and the Mountain Lion offense was unstoppable. They would go on a 30-0 scoring run including a couple of touchdowns by Merek Johnson and a touchdown run by Riley Lidey as well as a touchdown pass from Lidey to Beau Tanguy to make it 50-12. The defense led the rest of the way as they shutdown the Neah Bay offense in the 4th quarter to preserve the game and give Liberty Bell their first state championship in school history with a 50-12 victory. 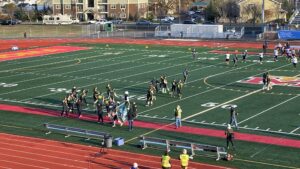 Liberty Bell finished the season 11-1 while Neah Bay suffered their only loss of the season finishing 10-1.

Our MVP selections in this game were Remi Paz, Riley Lidey, and Lucien Paz who combined as a three headed monster on offense while playing smothering defense as well.

Neah Bay Ties the Game Late in First Half