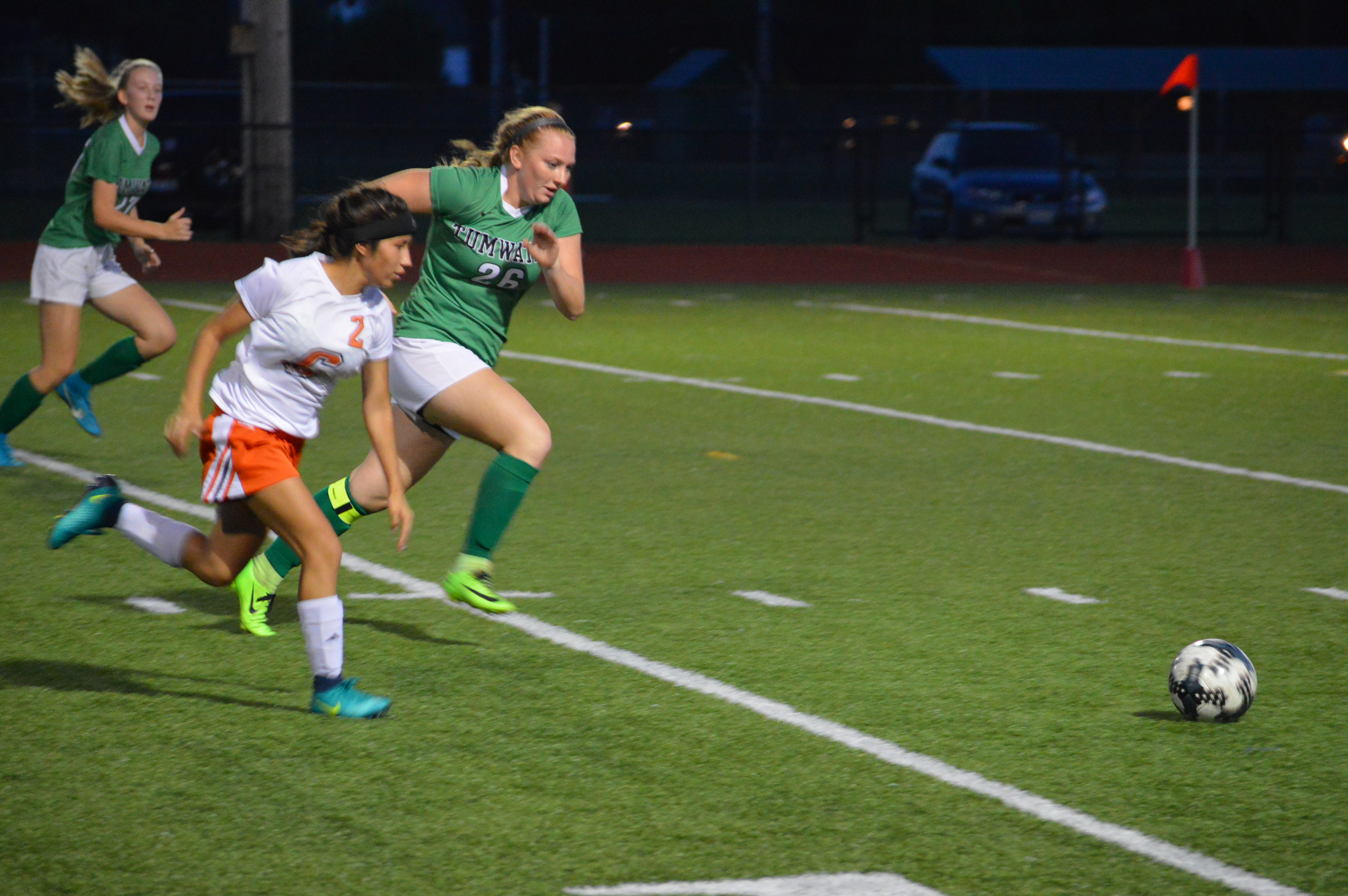 (Centralia, WA) Centralia went into Thursday’s 2A Evergreen Conference girls soccer showdown with visiting Tumwater tied with both the T-Birds and another EvCo power, Black Hills, atop the league standings and hoping to prove they belonged in such company.
They did but, despite leading most of the match, couldn’t quite finish, losing a narrow 2-1 decision.
Freshman left wing Riana Geathers converted a wide open crossing pass from Jordan Hansen in the 77th minute to give Tumwater (6-2, 3-0 EvCo) the victory.
Centralia (6-2-1, 2-1) took the lead 17 minutes in on its first two shots of the night.  Ali Armstrong’s shot was repelled by T-Bird goalkeeper Cassie Mullen but Alayna Miller followed to put the ball in the net.
The Tigers stayed in front until well after halftime.  Tumwater, missing some key offensive players because of injury, finally broke through in the 57th minute when Hallie Bergford took a pass ahead from Cassity Colard and scored.
Tumwater outshot Centralia, 19-8, forcing Tiger keeper Courtney Leifer to make seven saves.
Armstrong was selected Pacific Sports Spas Player of the Game for Centralia while Bergford got the honor for the T-Birds.  Geathers goal was the ProActive Physical Therapy Play of the Game.