1A District 4 Soccer: Monte and King’s Way advance to State 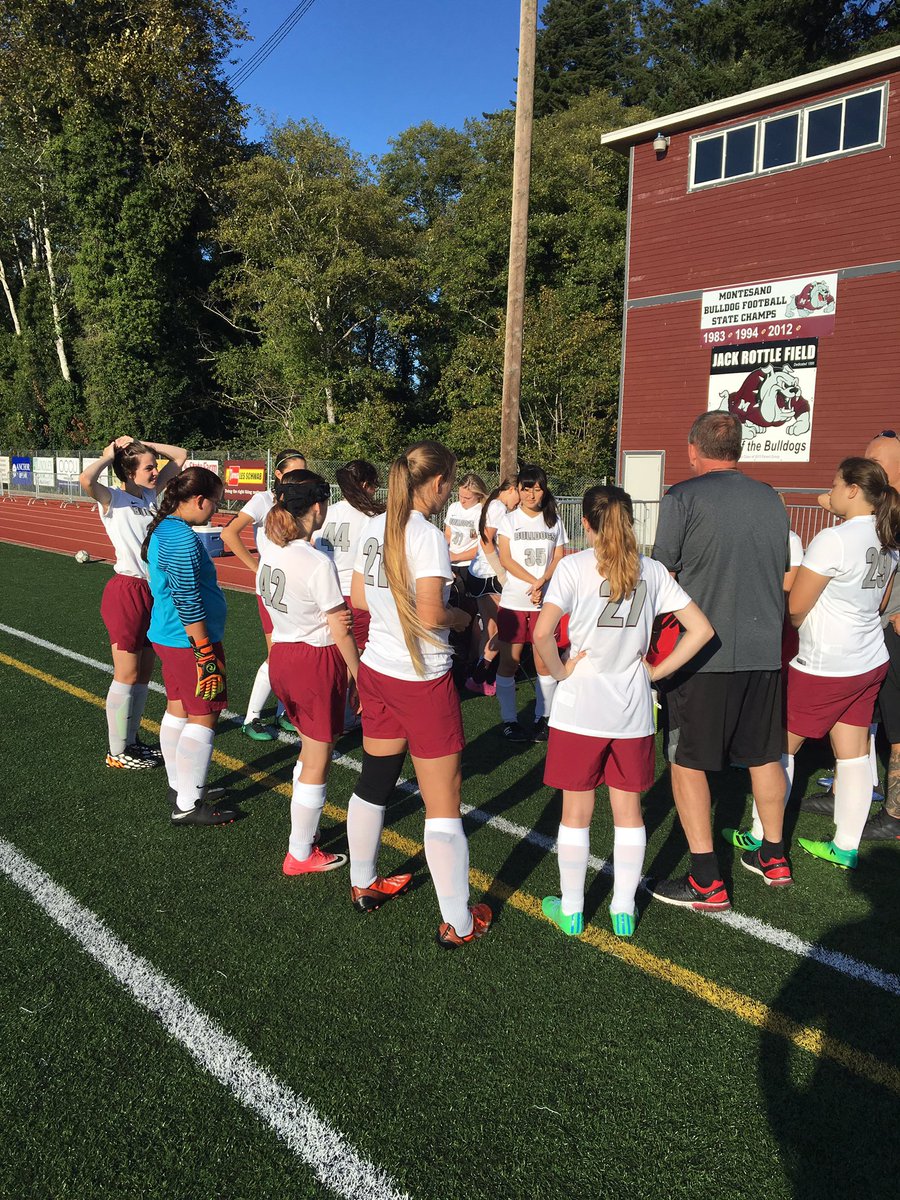 Elma and Tenino play for third place and a spot in the state tournament at noon Saturday, followed by the title game at about 2 pm.  King’s Way and Montesano are both assured of state berths.

Aurora Espinosa-Chaney, who earned Pacific Sports Spas Player of the Game for King’s Way scored twice for the Knights.  Else Schey, Kate Roseburrough and Amber Kolb also scored.  Brooke Sutherby, who scored Elma’s lone goal, was Player of the Game for Elma.  Schey’s goal off a Kennedy Carpenter assist to give Kings Way a two-goal lead was the ProActive Physical Therapy Play of the Game.

Stanfield was the Bulldogs’ Pacfic Sports Spas Player of the Game for Montesano while Tenino wing Courtney Dodge for the nod for the Beavers.  Streeter’s goal to put Montesano up 2-0 was the ProActive Physical Therapy Play of the Game.