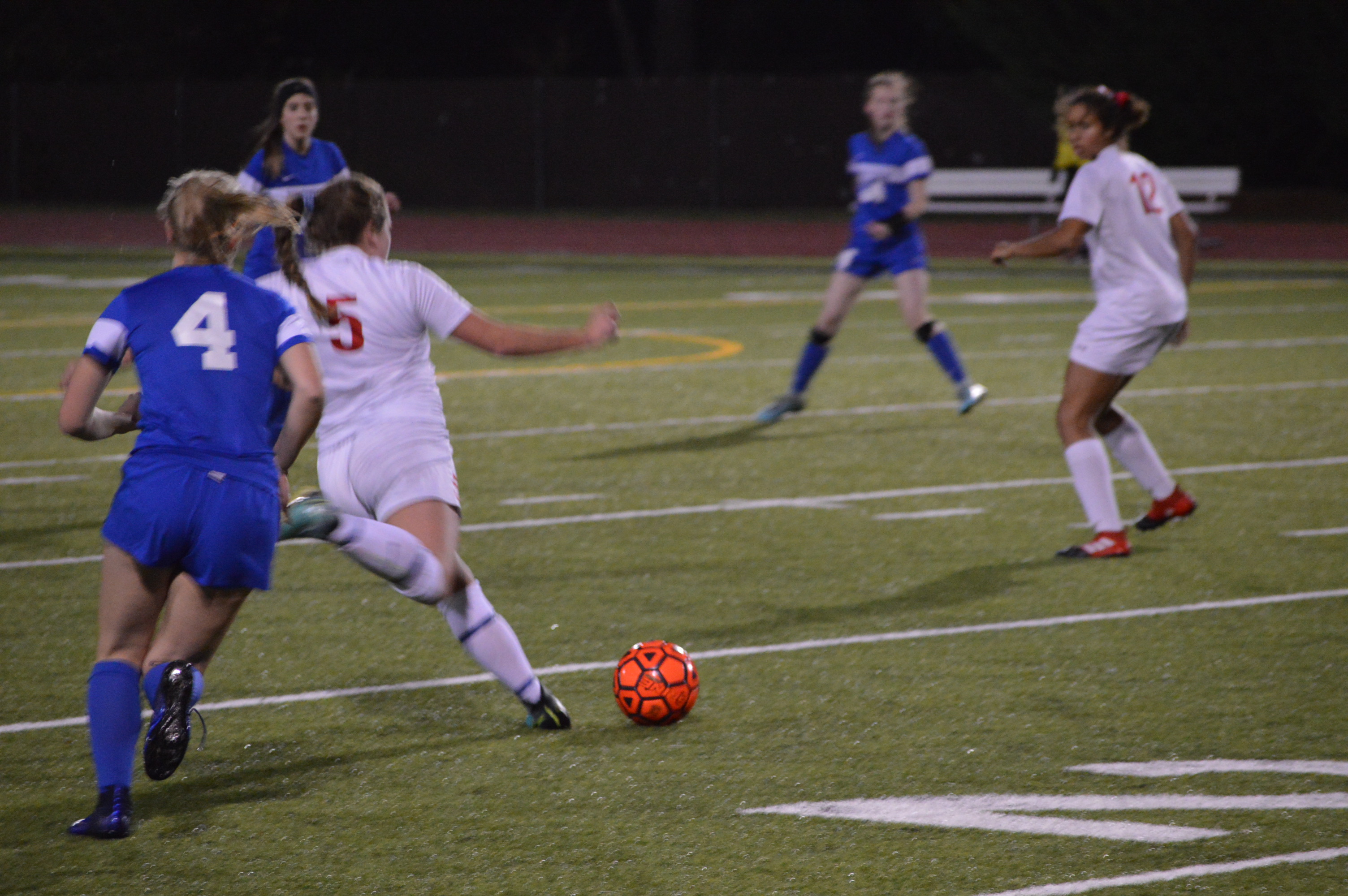 Game Story by Meg Wochnick in The Columbian

Game Story by Joshua Hart in The Daily News

(Tumwater, WA) The Black Hills Wolves Senior dominated team got the big wake-up call last Saturday when they opened District Soccer Tournament with  a 2-1 loss to the RA Long Lumberjills and now at 2 o’clock on Saturday the Wolves will get a chance to redeem themselves after winning 2 straight loser out games.

RA Long as mentioned above and the game story by Joshua Hart from TDN also survived a loser out contest last night after losing to Hockinson in the Semi’s. The Jills are also the only other team than Black Hills to score more than 2 goals in a District match this year. The final spot to the State Tourney will be played on the same field the Jills defeated Black Hills a week earlier at Tumwater District Stadium. The kick-off was shifted to 2pm due to changes in football schedules.

In Thursday night’s game the Wolves and Spudders battled each other for 23 scoreless minutes but both sides had their chances none bigger than a Ridgefield penalty kick which missed when the Spudders Annika Farley missed a PK in the 7th minute. Farley was aiming for the upper right and just got under it too much lifting it over the top of the goal.

The Spudders had another big chance in the 20th minute but Rachel Reuell came from nowhere to block a dead straight shot on goal to prevent the Spudders from taking an early lead.

The Wolves then took advantage of that opening in the 24th when Megan Lowe passed the ball to her cousin Sydney and she fired it near post after dodging an on-coming defender to make it 1-0.

That lead would hold up for about a minute as the Spudders came right back and Taylor Hope knocked in the tying goal in the 25th after getting past the backline and nailing it far post out of the reach of Wolves keeper Devin Herbert.

That was the only shot Herbert could not stop in the 1st half as she knocked down 6 on-frame shots not counting the PK. The Wolves offense would reward Herbert and give her a lead in the 33rd, this time it was Megan Lowe on a pass from Sydney who knocked it home for a 2-1 halftime lead.

Black Hills quickly added to their lead in the 2nd half when Sydney Lowe  in the 43rd again set up one of her team mates with another beautiful assist, this time to Megan River. River did not miss the opportunity and scored for the 2nd time in as many games giving the Wolves a 3-1 lead that they would never surrender.

Brooke Weese pulled the Spudders back within 1 scoring in the 50th minute with a sweet header off a Farley corner kick but Megan Lowe would ice the game in the 58th with her 2nd goal and Sydney Lowe’s 3rd assist for the final 4-2 score.

Our Pacific Sports Spa Players of the Game went to Black Hills’ Sydney Lowe and Ridgefield’s Hailey Harris for her backline play. Our Pro Active Physical Therapy Plays of the Game went to Rachel Reuell’s defensive gem and Megan Lowe’s beauty of a goal to ice the game in the 58th.