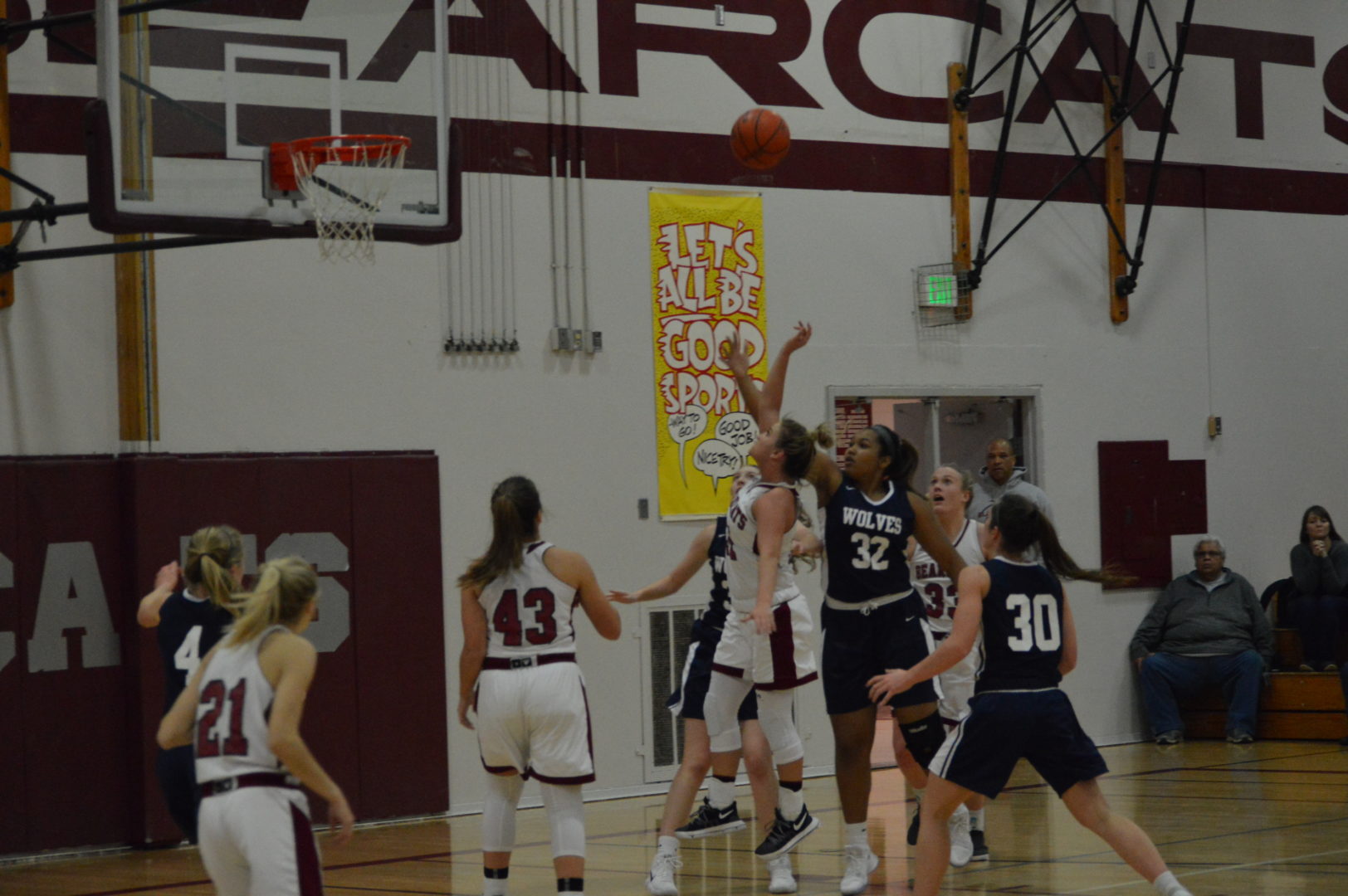 (Chehalis, WA) This was supposed to be the showdown that would give the winner the inside track to the League title and the #1 seed into Districts. The Bearcats and Wolves last met in the Yakima Sundome playing for 3rd place at the 2017 2A State Play-offs and WF West pulled out the win. Both teams returned plenty of players from last year’s tourney and came in as the #5 and 6 ranked RPI teams in the state so a battle was expected.

The Bearcats quickly squashed that idea as they jumped on the Wolves with an 8-0 run to begin the game and then a 13-0 run to take a 21-4 lead after the 1st quarter. Annika Waring led the Cats with 8 1st quarter points with 2 long balls. In the 2nd quarter it was the inside game of Erika Brumfield who knocked down 11 of her 13 1st half points and WF West led 38-12 for a huge halftime lead.

The 2nd half did not slow down the Bearcats much as they put up 32. In the end every Bearcat scored with strong guard play from Julia Johnson who also had 12 for the game matching Waring and 9 for Kiara Steen. Steen and Johnson also made life miserable for the Wolves with their full court pressure resulting in several turnovers and transition buckets.

It was simply a bad night for the Wolves not able to break the pressure from the Bearcat defense and then not shooting well either. Jordan Bender was the only one to hit double figures scoring 12.

The Bearcats are 1-0 in league play and 8-1 overall while the Wolves are 0-1 and 8-3 for the season. Our Pacific Sports Spa Players of the Game went to Annika Waring of WF West and Jordyn Bender for Black Hills.