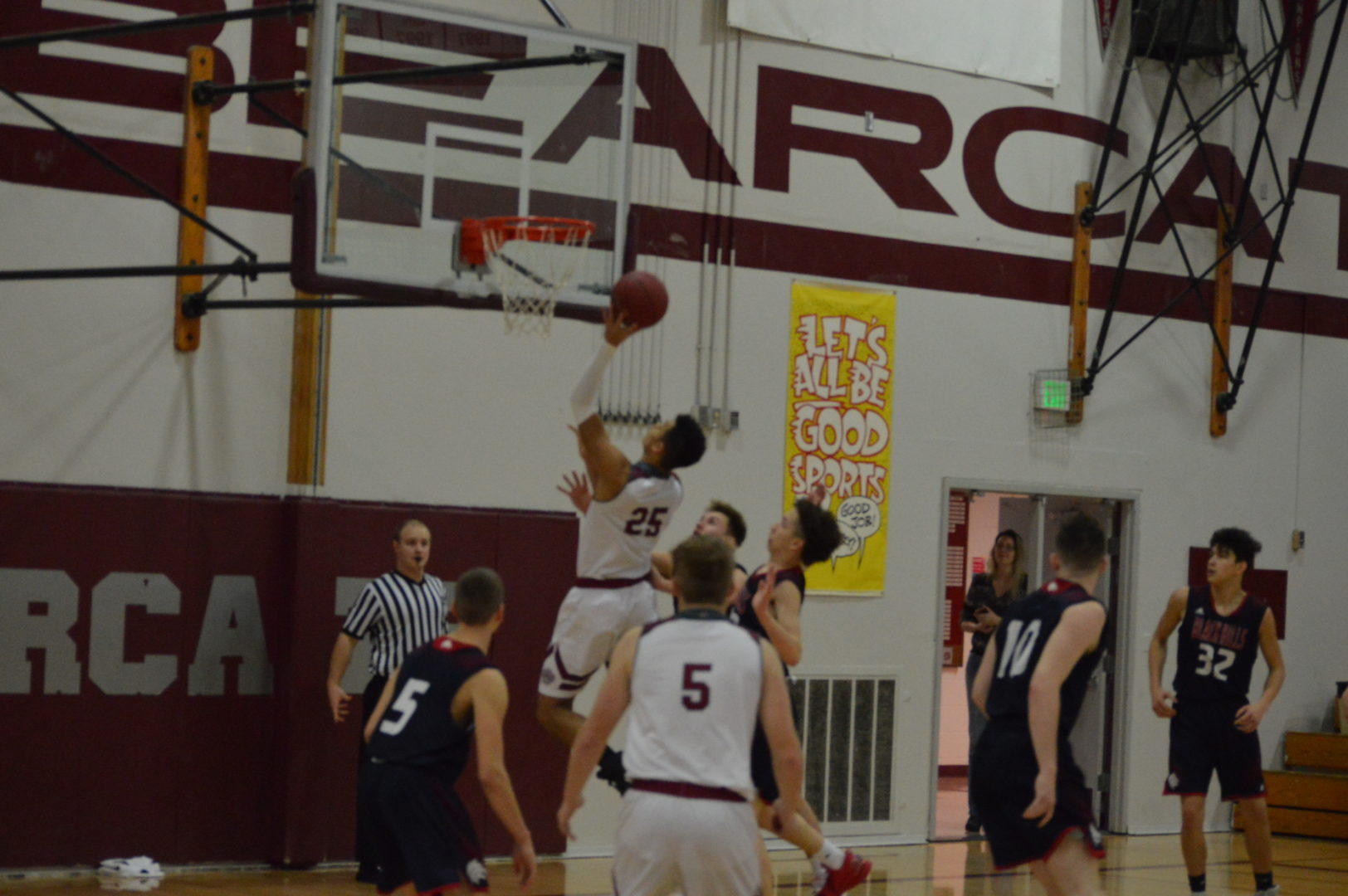 (Chehalis, WA) Most observers think the Bearcats and Wolves could very well find themselves at the top of the standings at the end of the season. These teams did not disappoint and put on a show battling to the final minute before the hometeam put it away to protect their home court and pick up an important win in the league opener.

WF West got off to a fast start jumping out to a 17-9 lead after the 1st quarter. Bailey Cooper and Jordan Thomas combined for 10 of those 17. Then to start the 2nd quarter sophomore Tyler Speck stepped up and drained a 3 the 1st of 5 long balls. WF West took a 10-point lead at the break with Thomas leading the scoring with 9. Garrett Glenn kept the Wolves within striking distance with 8

The Bearcats then got off to a hot start in the 3rd hitting 5 straight on a Brandin White 3 and 2 from Nole Wollan and were up 15 threatening to blow open the game. Black Hills did not throw in the towel and heated up from behind the 3-point line. 4 3-balls from Glenn, Joe Crumley and 2 from sophomore Weston Ainsworth off the bench. By the end of the 3rd the Wolves cut the lead to 5 trailing 40-35.

Joe Crumley then pulled the Wolves within 3 early in the 4th quarter but that is where the run would stop. Speck came up huge again drilling a 3 and would hit back-to-back 3’s later in the quarter for a key burst holding off the Wolves. Bailey Cooper would also help secure the win going 4-4 from the line in the 4th and finishing with 14 going 8-10 from the stripe. Thomas and Speck would both sink 17 as 3 Bearcats hit double digits.

Glenn finished the game with 14 and Ainsworth had 12, all 3-balls to lead Black Hills. 5 other Wolves would get in the score book with a fairly balanced attack. The Bearcats are now 1-0 in league and 8-2 overall while the Wolves drop to 0-1 and 7-4.

Our Pacific Sports Spa Players of the Game went to a pair of sophomore’s, WF Wests’ Tyler Speck and Black Hills’ Weston Ainsworth.