Girls Hoops: After round 1 of EVCO 1A Montesano is the team to beat! 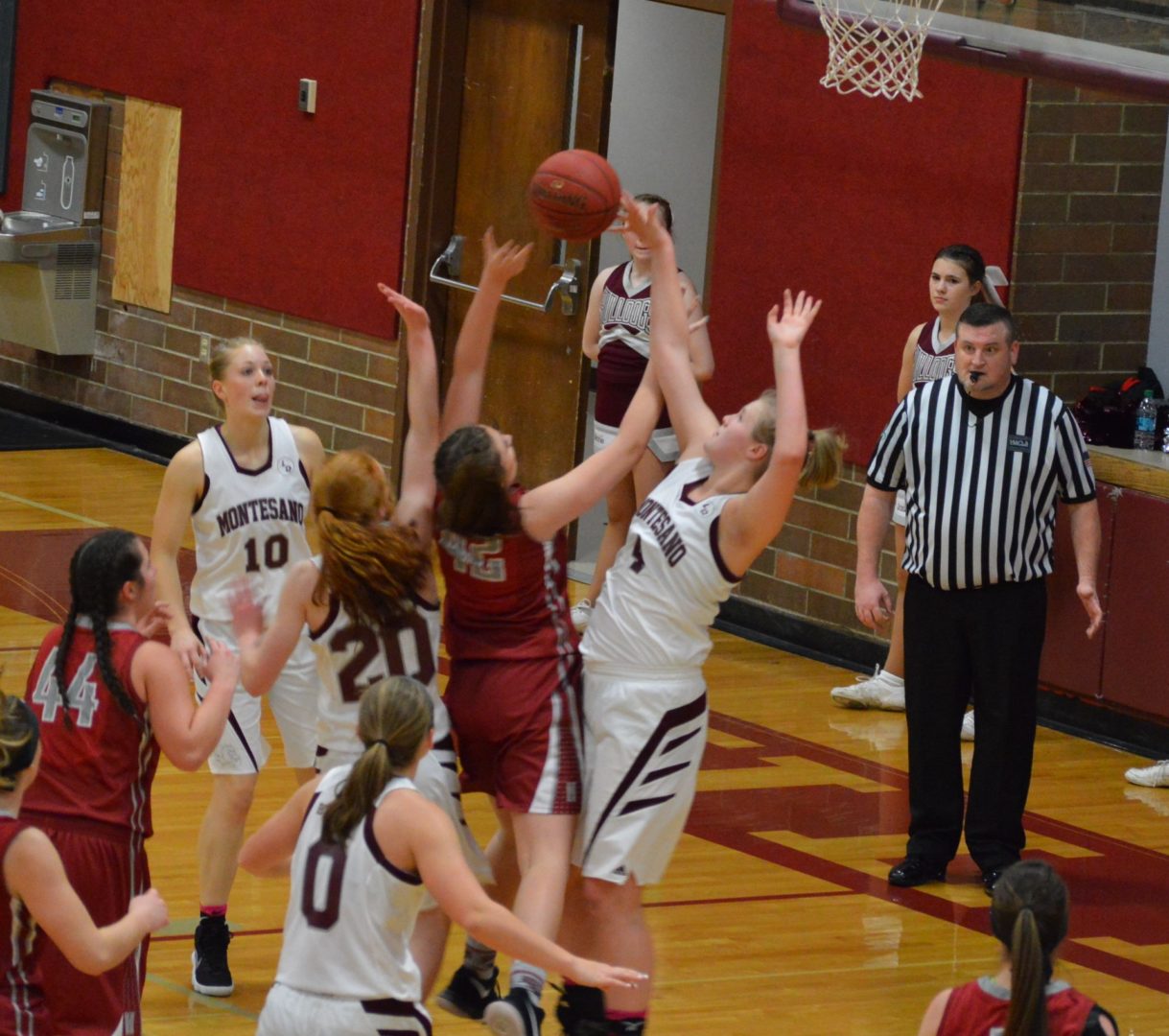 (Montesano, WA) The Montesano Bulldogs were flying high coming into this game off a huge win last week over undefeated Elma and cruising past Forks and were 1 win away from a perfect 1st trip through the EVCO 1A league schedule with rival Hoquiam in town.

The Grizzlies had recently got on track and were a healthy 2-1 looking for a big win to likely create a 3-way tie for 1st thru the 1st half and it looked like Hoquiam meant business when the game began. Karlie Krohn and Rylee Vonhof put up the 1st 9 points for the Grizz’s to lead 9-5 but it would be Vonhof who continued to play big inside and eventually gave Hoquiam a surprising 16-8 lead over the favored Bulldogs after the 1st quarter. Hoquiam could have added more but went 2-4 from the line a trend that was actually far better for both teams from the line in the end.

The 3rd quarter would prove to be huge for the Bulldogs especially on defense where they held the Grizzlies to just 2 points. Meantime, Hutchings along with Katie Granstrom and Glory Grubb cranked up the offense as they knocked down 18 to pull ahead comfortably 44-29 Granstrom scored 7 of her 11 in the 2nd half while Grubb tallied all 10 of her points including a pair of 3-pointers. Hutchings added another 10 to her total as Montesano finished strong with 20 in the 4th for the going away win.

Hutchings no doubt had a double-double with points and rebounds and that effort earned our Pacific Sports Spa Player of the Game for Montesano. The Bulldogs also got some points from Lexi Lovell, Zoee Lisherness, Haylee Perkinson, Samantha Stanfield and Kaydee Mittleider. Stanfield also played tremendous defense and was owning the paint in her own right with multiple rebounds.

Rylee Vonhof finished with 19 and was clearly the PSS Player of the Game for Hoquiam. Maya Jump was 2nd high scorer and played tough in the 2nd half. Maddie German’s effort was also notable with her hustle effort.