College Hoops: Blazers drop a pair of heartbreakers at TCC 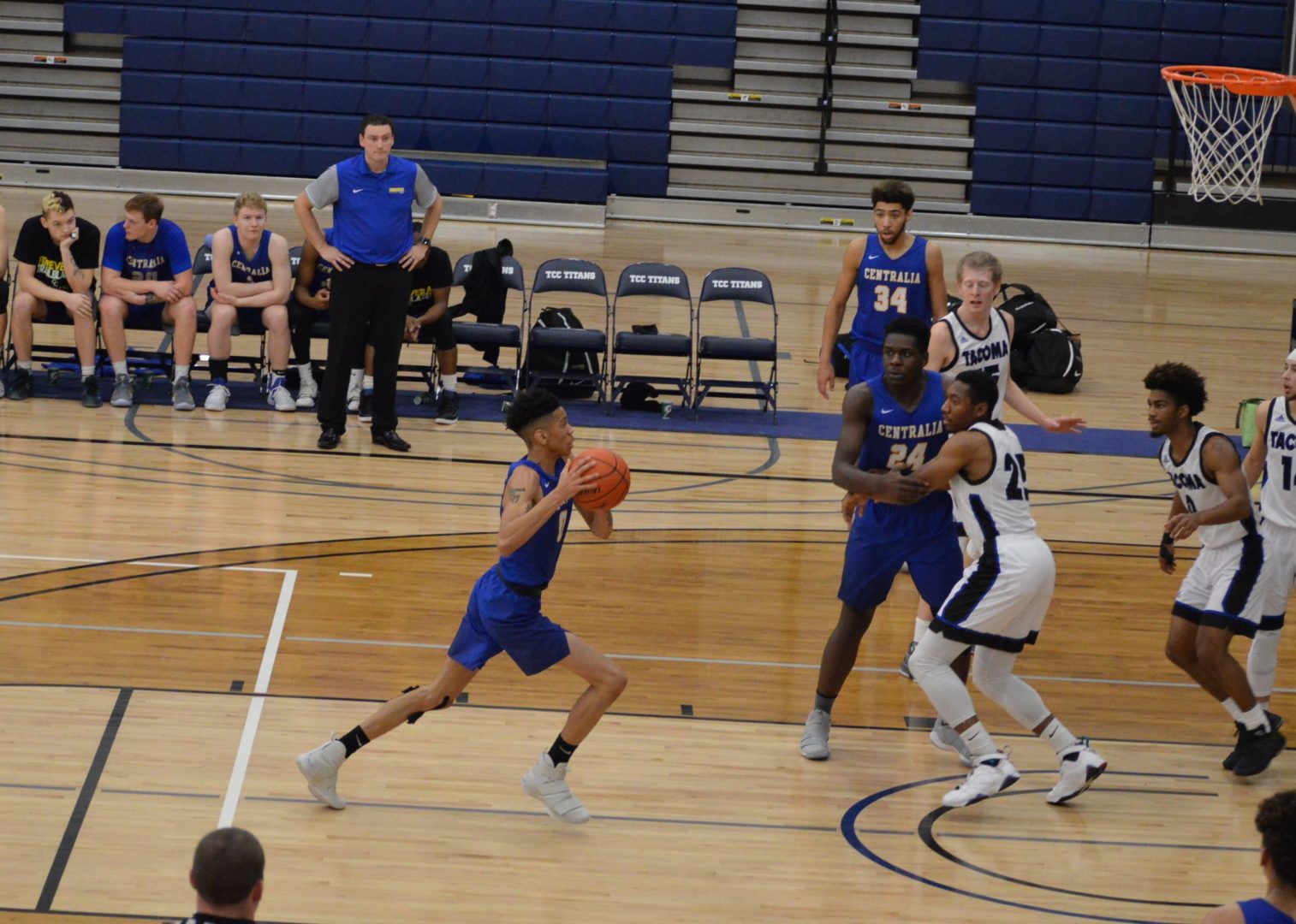 The Women’s and Men’s Centralia Blazer basketball teams both dropped tight games on Saturday at Tacoma CC. Both stories are below and a full picture gallery at the bottom of the page.

(Tacoma, WA) The Centralia Blazers got off to a fast start in their game at Tacoma and took an early 17-8 lead with Joni Lancaster and Kayla Howard hit early 3-balls. But TCC got back into the game with a late run to cut the deficit to 4. In the 2nd quarter neither team could make a significant move with the Titans making up just 1 and trailing 30-27 at the break.

In the 2nd half the Blazers gave up their lead in the final 3 minutes of the 3rd and they would bounce back and forth but 5 points on the final 30-seconds pushed the TCC lead to 4, 46-42.

Devanie Kleemeyer would come out firing in the 4th hitting 3 straight long balls and tied the game at 50. Kylie Smith hot a free throws to tie the game again at 52. But a 3-point shot from TCC’s Kylee Williams, her only points in the game, pushed it to 61-59. Smith had a chance to tie the game at the line with 20-seconds to play but missed the first one and then appeared to miss the 2nd one on purpose trying to bounce it off the rim for a chance to get the ball back. TCC got it and sank another free throw for the final score.

TCC is now 2-1 while the Blazers drop to 1-3. Our Awards West Player of the Game went to Devanie Kleemeyer who finished with 18 points to lead Centralia.

(Tacoma, WA) A bad 3 minutes in the 1st half ended up being the difference in this one. TCC jumped out to an early lead 13-5 but then battled back. Austin Curry led the charge applying pressure to the Titan defense and either scored or went to the line scoring 7 of his 23 in the 1st 7 minutes.

The game was tied at the 3-minute mark left to play in the half when TCC closed out with a 14-3 run with Dayton Pascua hitting 8 of those points. 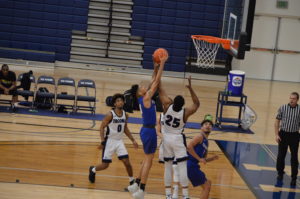 In the 2nd the Blazers came out hot with Curry and Marqus Gilson combining for 13 points in the 1st 9 minutes and a big 3 ball from Austin Filley. Jaxon Clarke and Jephtha Donkor got int the act and with 8 minutes to play the Blazers tied the game at 59.

Centralia took the lead with 2:22 left to play 69-67 but Quintin Bethea kicked into gear for TCC and hot a tying bucket. Bethea would go on to score 6 more or 8 of the final 10 Titan points tp carry the team to the win. Centralia would battle and got to the free throw line but went 3-6 late which also did not help their cause in the end.

The Blazers are now 1-3 in NWAC conference play while TCC improves to 4-0. Our Awards West Blazer Player of the Game went to Austin Curry.