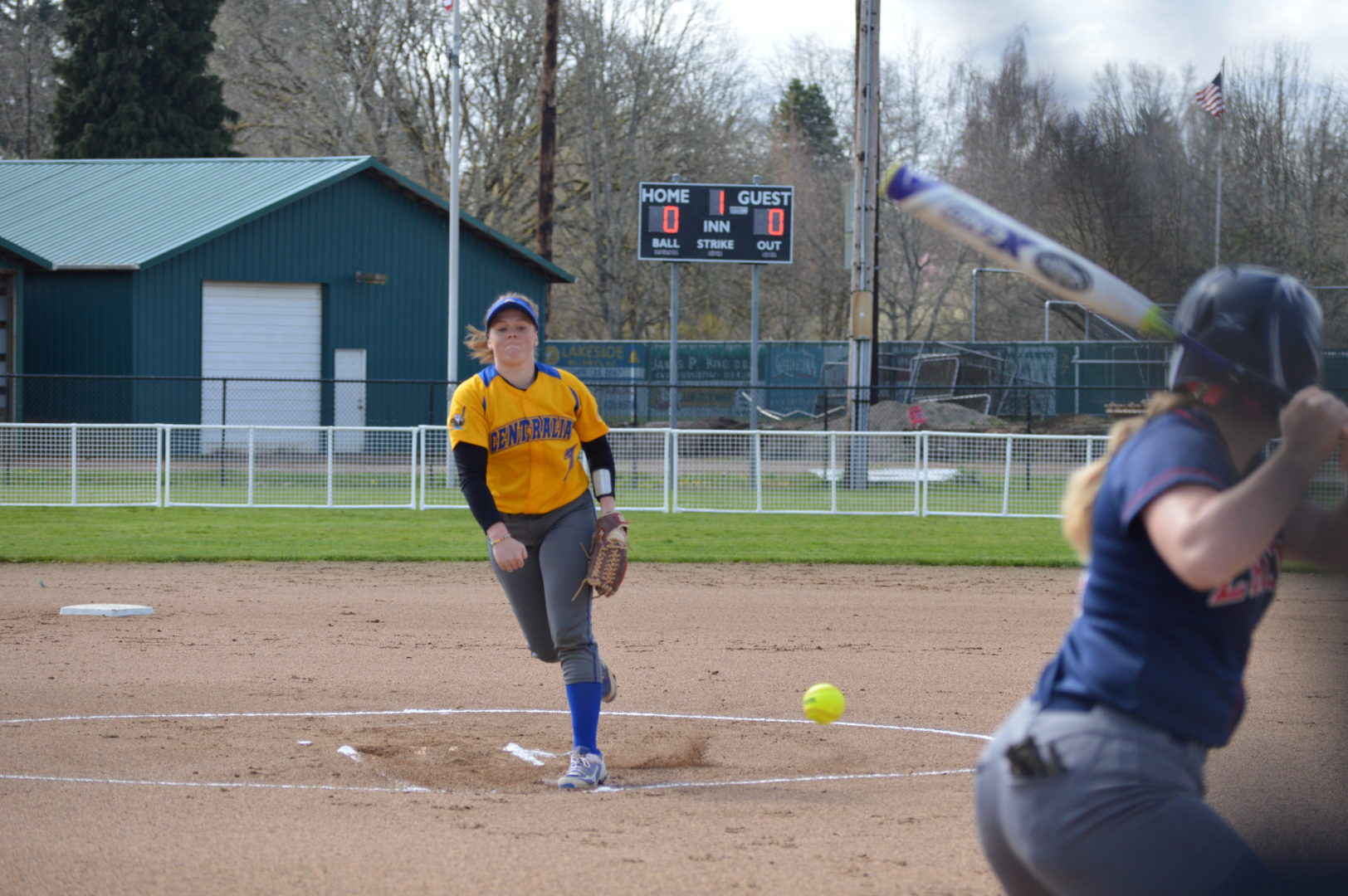 (Centralia, WA) The Centralia Blazers opened NWAC conference play with a pair of tough losses to a good Laker team from Coos Bay, Oregon. In game 1 the Lakers Marissa Peters almost threw a no-hitter giving up just 1 hit to the Blazers Jayden Benson.

The Blazers struggled with the strike zone giving up 9 walks and committing 3 errors all led to the Lakers being able to rack up enough runs to end the game after 5 innings. Katie Gleasman played well behind the plate and Zoe McCoy pitched most of the game although was not the starter. It was her first extended period of pitching.

In game 2 it was Keily Higaki-Belaski who took to the mound and she battled hard through 5 innings and only a perfectly executed double play ended the game in 5 innings. The Blazers finally put up a run on the board in this game and it was Higaki-Belaski who knocked in Dakota Brooks who had walked to get on base. It made the score 3-1 at that time and although the Blazers had other chances to push runs across they couldn’t come up with the key hit including in the bottom of the 5th where they needed just 1 run to extend the game and the Lakers came up with a catch in right field and threw at a Blazer tagging from 3rd to end the game.

Our Alderson’s Awards West Printwares Blazers of the Game went to Jayden Benson in game 1 and Keily Higaki-Belaski in game 2.