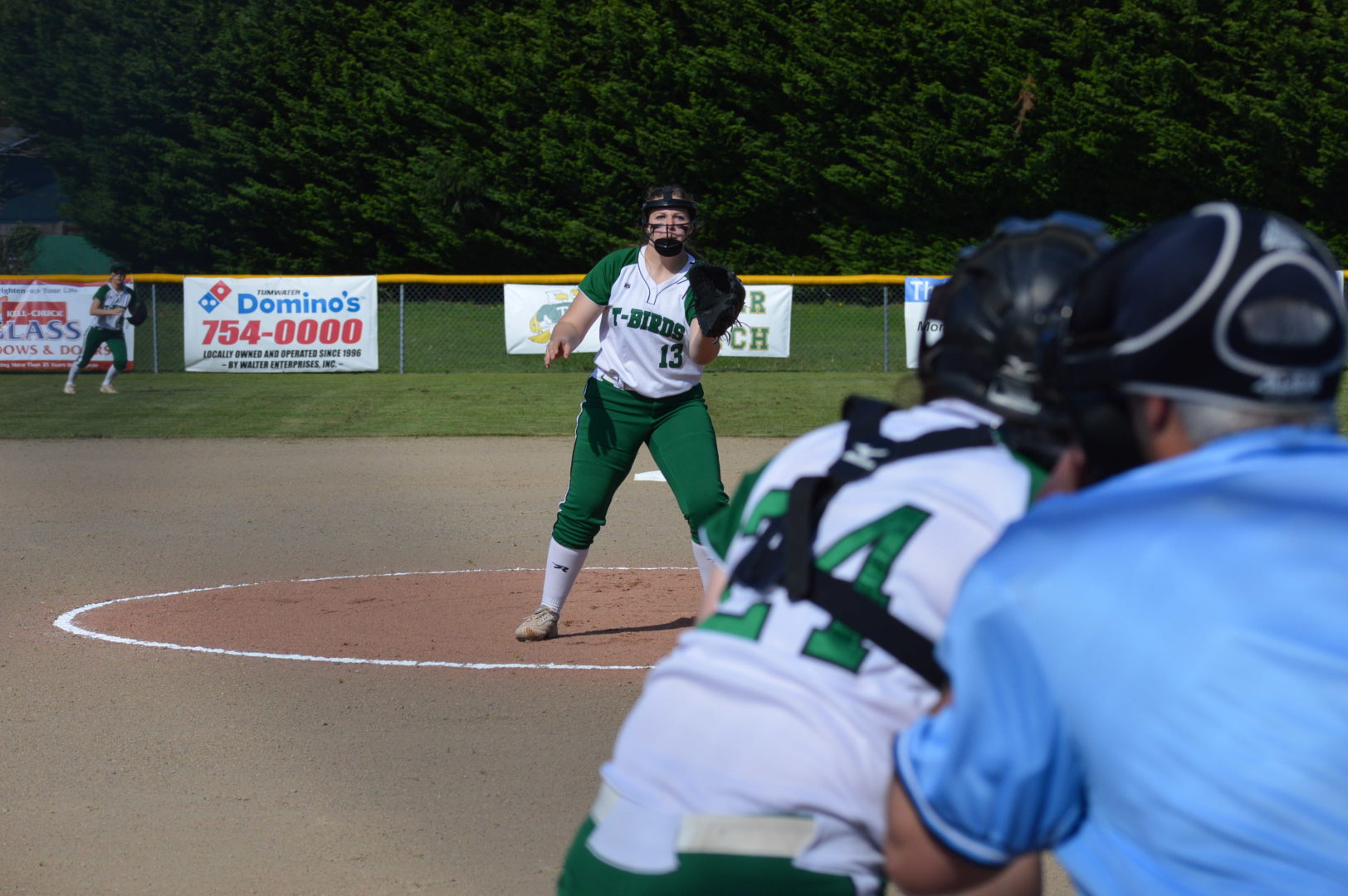 Clear skies and sunshine couldn’t be a better day for a Fastpitch game, a team looking to go undefeated and another looking for revenge. That was the game today at Tumwater as the T-Birds defend the home turf against the 2A EVCO league front runners Chehalis Bearcats. Though they had lost against the Bearcats earlier this year with a devastating 12-4 defeat, that did not deter them, if anything it provided the drive and motivation to win and be seen as true equals and rivals. That was the goal and they more then achieved it in this fast paced and exciting redemption game.

Tumwater got things started in the second inning when Emmi Clark got on base with a one out single scoring on a Keilani Backholm double to make it 1-0. Backholm then scored when Nikole Schock doubled and the T-Birds took a 2-0 lead! Tumwater added to that 2-0 lead in the bottom of the third inning when Myiah Seaton doubled with 1 out followed by Aly Carpenter’s RBI double and the T-Birds were in control 3-0.

WF West would get on the board in the top of the 5th inning when Taylor Barkor lead off with a solo shot home run. But Tumwater pitcher Jaiden Carpenter would not allow the Bearcats to get momentum from that big hit and shut them down holding them to just the one run. After 5 it was 3-1 Tumwater. The T-Birds then added an assurance run in the bottom of the 6th with a home a Katie Cunningham home run and the T-birds took a 4-1 in the top of the seventh. Carpenter took the Bearcats in order 1, 2, 3 to clinch the victory for the T-Birds.

The T-birds are now 5-1 in Evco 2A league play while the Bearcats drop to 7-1 and the two teams will play again in their third and final showdown of the year on May 8th. Our Pacific Sports Spa players of the game went to Tumwaters Pitcher Jaiden Carpenter and to the Bearcats Taylor Barkor. The Thorbeckes Sportsmanship award went to Tumwaters Aly Carpenter.

WIAA Spring Championships: Which was the MOST Dominate or Impressive Performance?

WIAA Spring Tournaments: How did the Seeds do?